MANA stole all the thunder at the 2019 Manchester Food and Drink Awards winning four out of five gongs, but what must be recognised is these were certainly the finest-ever line-ups in the top categories. In past, less fertile years any of the nominees for Fine Dining/Premium Restaurant of the Year or Chef of the Year would have been worthy winners. 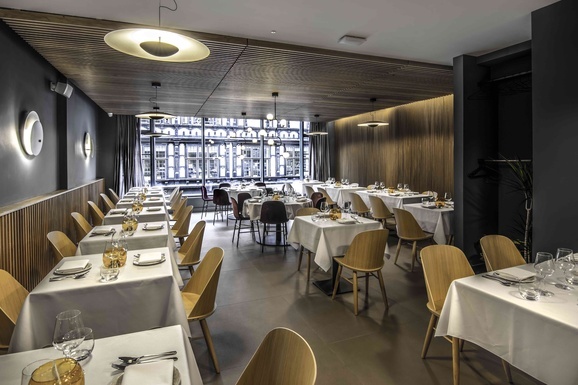 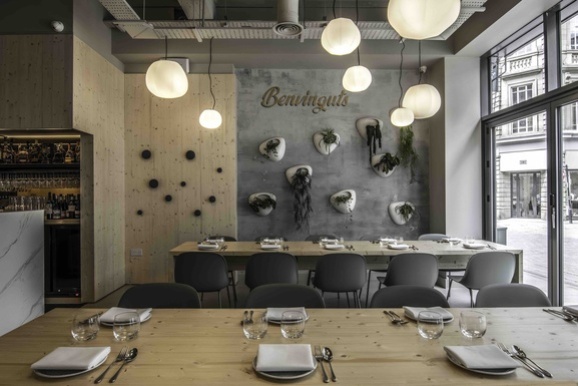 That is a rarefied, special occasion experience, even if you plump for the simpler 10 course Tres de Deu menu at £95. So what of the more everyday menu downstairs? Is that a dumbing down, given it extends to casual, small plate grazing at the bar?

We tried some of those ‘tastet’ dishes, which form Paco’s £42 and £60 a head menus to share but can also be ordered more informally (four to six per person recommended). Concentrated in flavour, often playful, divided in sourcing between Muntanya (mountains), Hort (garden) and Mar (sea) in homage to Catalan inspirations), the menu didn’t appear to have moved on since its inception 15 months ago.

Tragically, though, a personal favourite dish has been jettisoned – that blancmangey, foamy blob of king crab mousse, dribbled with a gazpacho. 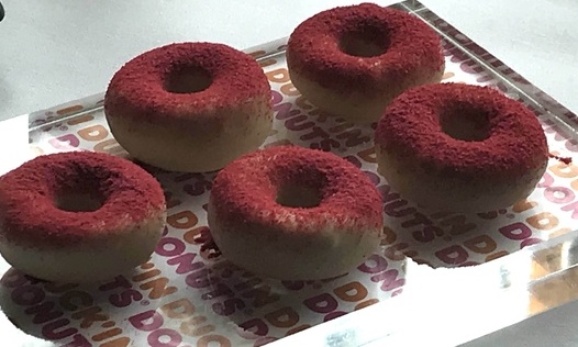 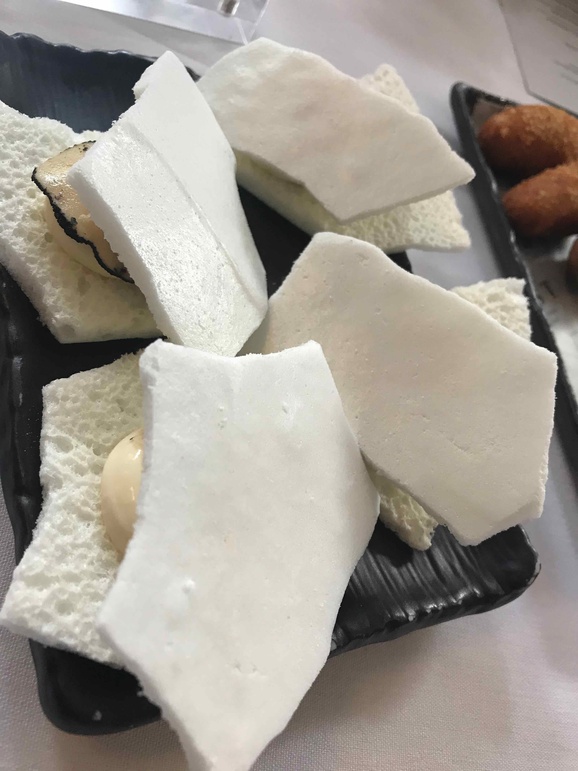 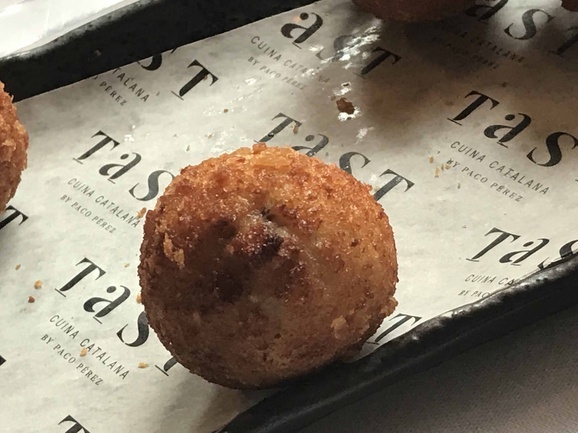 Still what were challenging Miramar-honed culinary conceits are all too familiar nibbles. Duck’in Donuts (£3.90) – those foie gras and white chocolate pastiches sprinkled with raspberry dust, and that sandwich where tou del tillers cheese is spun into a prawn cracker-like foam crisp housing creamy cheese and truffle ((£4.50). Red pepper or chicken croquetas come much cheaper at £1.80 and seem to have lost a little. 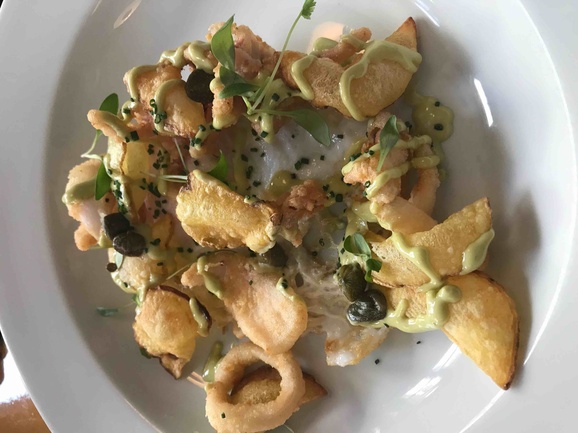 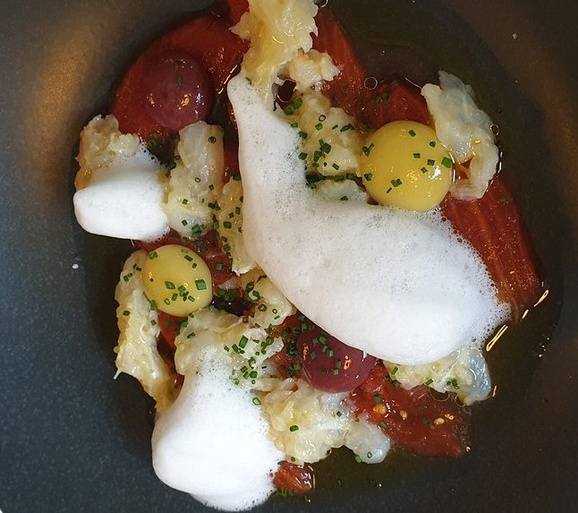 A real treat, though, was a dish not aiming for sophistication, where you break a runny yolked duck egg into a substantial dish of baby calamari and potato, piped with tartare sauce (£11). More rustic-with-a-twist was shredded raw codfish, kalamata and manzanilla olives, spheres and tomato (£7.80). We started to warm to the menu big time.

An unforgettable Paco Perez creation, genius out of simplicity, was peas en papillote – we’ll never forget the aroma unleashed when the bag was slit. Not quite on that level but sensory overload came from mussels steamed the same way with chilli, basil, spring onion and white wine (£7.90). 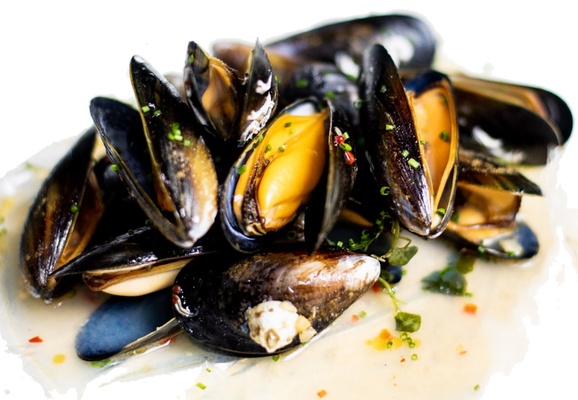 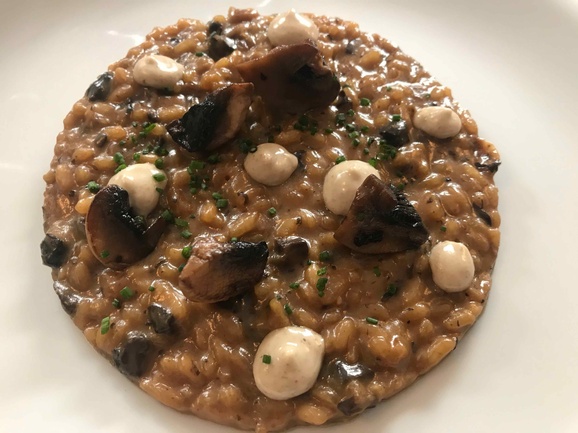 Unlike paella from Valencia, where the savoury crust (soccarat) that gathers on the pan base is treasured, Tast signature rice dishes are sticky and chewy from being oven roasted in a tray. ‘Arros cremos de bolets’ is an exception – a liquefying, soothing puddle of soft  mushroom and rice, while to follow moist guinea fowl-stuffed cannelloni are doused in bechamel – with a demi-glaze it almost feels like a deconstructed lasagne.

Perez is  a chef not afraid of creaminess (his Enxaneta menu boasts dishes with the soft texture of baby food – not a criticism). 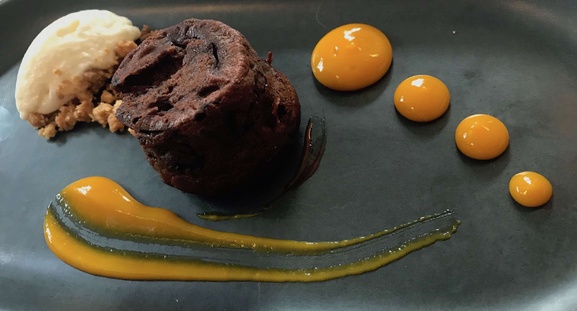 Pud too, Pessic Fluid de Xocolata. is all soft-centred. It’s a rather extravagant ensemble of dark chocolate fondant, a crumbed spiced ice cream with blobs and smears of mango. There is something cosseting about Tast. Enxaneta may be its hope for a Michelin star (or even an MFD Award) but the rest of the operation (with a revelatory Catalan wine list) works just fine as superior tapas haven.