Review: The Marble Arch (and its beer Mash Ups)

MARBLE bookends. First the shiny new flagship brewery, then back to where it all began. Quite a day, which ended with a replete waddle across a sun-dappled Angel Meadow after a reminder how satisfying the pub menu is at The Marble Arch.

In the beginning was that pub. I was one of the first through the doors back in the Eighties after a group of enthusiasts rescued it from oblivion, stripping away the gimcrack cladding to reveal a phantasmagoria of period tiles, notably the sloping mosaic floor. 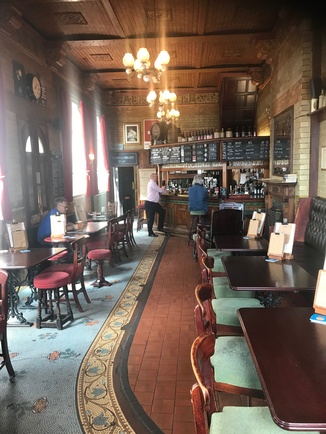 In those early days it was a trek through an urban wasteland – the apartment-led  regeneration came later. As did the brewery, first of all in the bowels of the pub itself then in a separate site close by. Now after two influential decades it’s not resting on its reputation.

On the back of their most successful year, brewing the equivalent of 730,000 pints, the family-run microbrewery has invested in a new Salford site on the fringes of Media City.

Location, location will give impetus to their plans for an on-site taproom. Fellow indies Seven Bro7hers and Pomona Island are close by, opening up the prospect of a craft beer crawl to lure the Quays media fraternity. 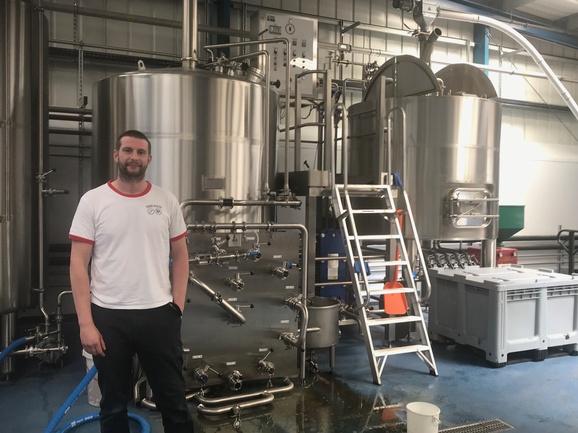 Still on our flying visit the palpable excitement from head of production Joe Ince and his team centred on the new state-of-the art (and sustainable) equipment giving them greater scope and flexibility.

Of course, on a brewery visit you have to sample the product at its freshest. In this instance Joe poured us a sample of one of Marble’s new wave ‘hop-forward beers, North South. At just over 4% ABV it’s a very approachable ‘small IPA’, highly aromatic but surprisingly mellow with low bitterness, adaptable as is the modern Marble way across cask, keg and can. 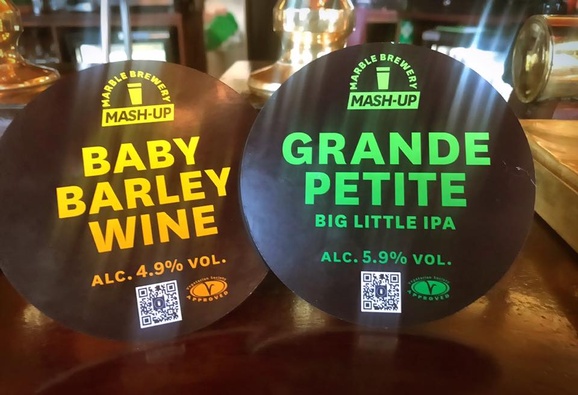 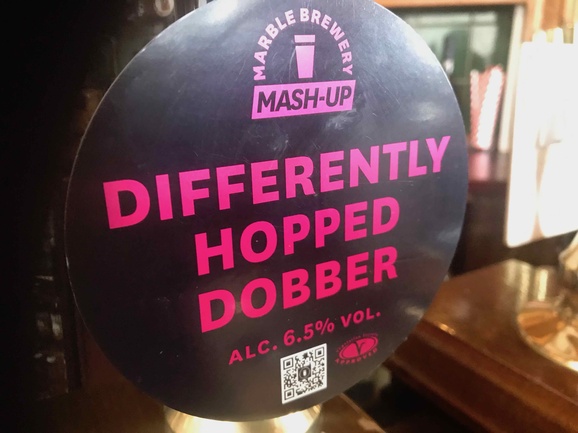 So what do you when you get the taste, as they? Check out the brewers’ follow-up series, ‘Marble Mash Up’, where they tweak their classic styles, often by dry-hopping laboriously in the cask. And some ballast wouldn’t go amiss, so we Ubered it over to the Grade II listed Marble Arch to be greeted by a Mash Up cask trio of Differently Hopped Dobber, Baby Barley Wine and Grande Petite Big Little IPA. All small batch one-offs alongside signature Marble classics – Pint and Manchester Bitter. As fascinating a selection of one brewery’s range as you’ll see in the city. 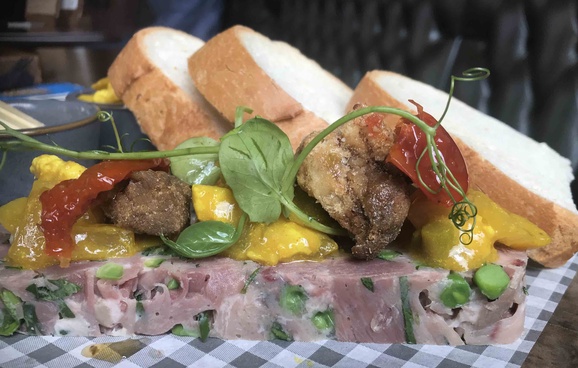 The food offering is equally impressive. Ballast consisted of two small plates at £7.50. FIrst  a special of hm hock terrine with pork scratchings and mustard mayo, only some stale-ish white bread letting the side down (was i tameant to be lightly toasted?). Then a quite glorious crab and spinach benedict with a perfect poached egg and a spicy beer mayonnaise pulling it all together. 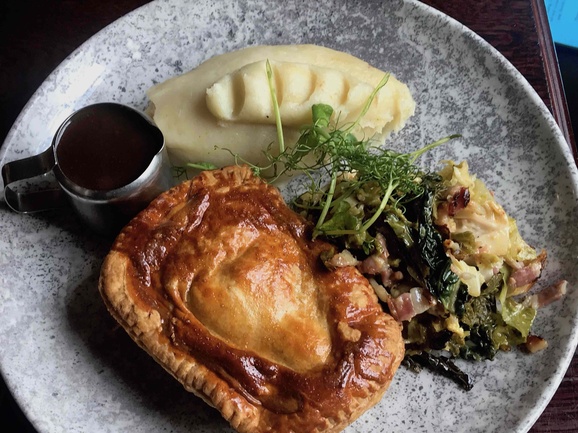 The plan had been to continue down the small plate route but we couldn’t resist the blandishments of the ‘Proper Steak And Marble Ale Pie’. £14.95 gets you a substantial helping of braised beef under a roof of puff pastry. Everything on the plate had attitude from Pierre Koffmann’s classic Savoy cabbage with smoked bacon to a horseradish mash with a kick. Small caveat the gravy/jus in its separate jug was dense and over-reduced to saltiness.

Straying from the ‘new’ brews a half of Earl Grey IPA demonstrated th “if it ain’t broke don’t fix it” maximum. It’s the kind of assertive beer ready to tackle a possible future extension of The Marble Arch’s already epic cheese plates. 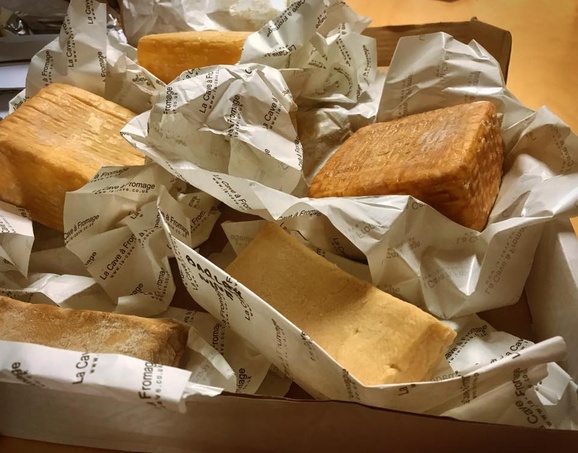 At the brewery Joe told me that one of their cheese suppliers had been experimenting washing the rind of soft cheeses with one of the brewery’s stronger barrel-aged beers (above). Into its third decade it’s not resting on its laurels. Or should that be hops?