SEB Heeley, co-founder of restaurant/bar Three Little Words is aiming high. The meteoric success of his Manchester Gin has spawned the new Spirit of Manchester Distillery complex behind the Great Northern – a seriously stylish conversion of six arches.

Here you can see the stills at work, even blend botanicals to create your own personalised gin in masterclass, but the real step up is Three Little Words.

At the launch Seb told ToM: “We have appointed talented people to run both the cocktail/drinks operation and the kitchen. In two years I’d like our food to have recognition from Michelin. Similarly we are aiming to be in the world’s Top 10 Bars.”

No pressure there then on head chef Jimmy Carr, once of Evelyn’s. Indeed the laidback all-day menu is reminiscent of that NQ stalwart’s. Breakfast and brunch look strong points but we sampled small and large plates from the 12pm-onwards menu as the way to gauge that Michelin ambition (we are presuming knife/fork or maybe Bib Gourmand, not star). 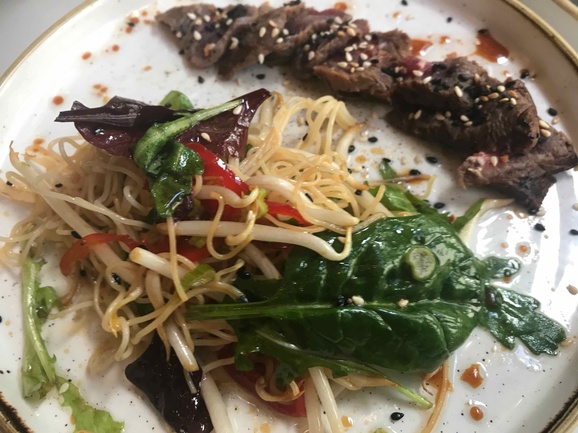 In truth there was just the one dish that made us really purr and that was a fleshy sole grilled on the bone (£15, main image) draped with samphire in a pool of lemon butter sauce dotted with capers. A beef small plate (above) was also very fine on a menu not shy of oriental touches. Here strip steak was seared but soft and pink inside; alongside a salad with of rice noodles coriander, doused in soy and sesame oil (£8). 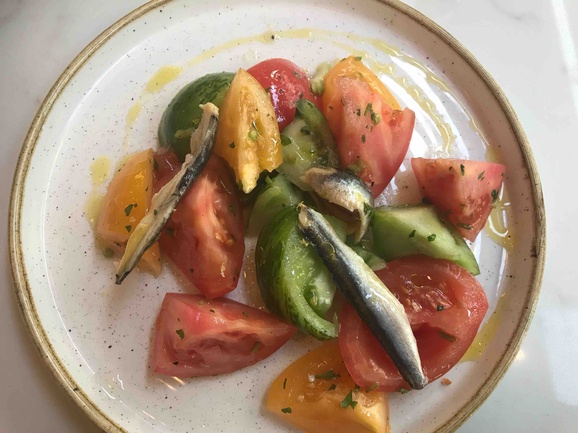 A friend had recommended the heritage tomatoes with anchovy and capers (£44) as fresh and piquant. It wasn’t. Guardian gardening writer James Wong had warned at the weekend that older varieties may be wonkier and come in varied colours but aren’t necessarily tastier than some modern takes. These weren’t, underneath the sharp dressing. 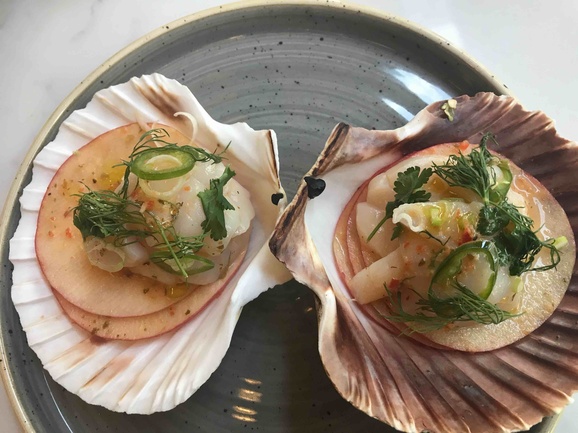 Ceviche again should be a guarantee of freshness and I enjoyed the apple, citrus and jalapeno kick of a generous scallop ceviche (£8.50), just not the slices of scallop themselves. The mushy texture was all wrong as if they had spent too long in the cure. 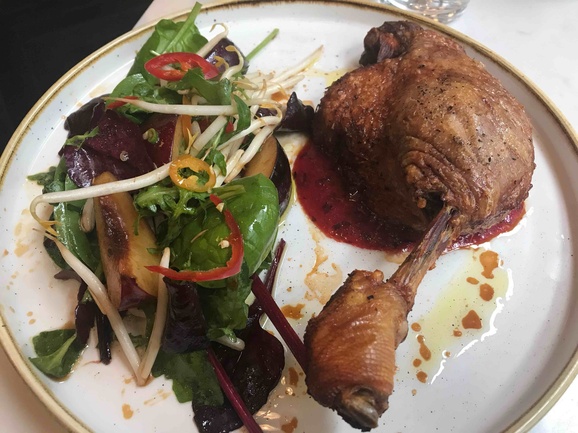 We were on much safer ground with our second large plate, another Far East fusion foray where confit-like crispy duck leg (£12.50) met plum, beansprout, sesame and soy to satisfying effect. The perfect side for it was dandelion greens, spinach, lemon and roasted garlic, lemon (£4). 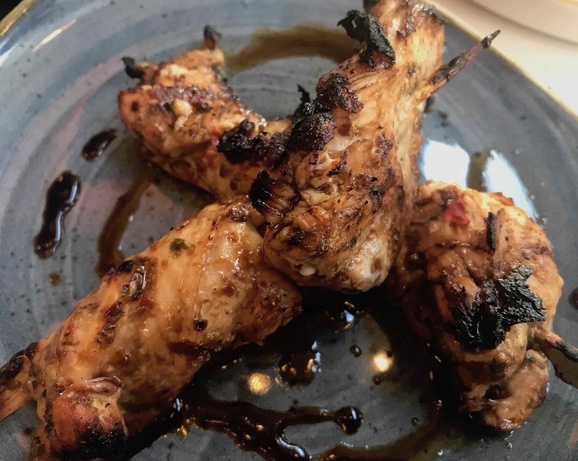 Dandelion reappeared in syrupy symbiosis as the jus for a chicken lollipop (more a skewer and £6.50). Sweet and sickly rather than sweet and sour. Perhaps we should have plucked up the courage to order lamb’s fry (balls to you) with bacon and paprika aioli, one of several dishes that show a chef pushing at the boundaries of what is essentially just  classy bar menu.

The Three Little Words’ food mission statement (on the vague side) is “inspired by botanicals from around the world”. Their Wild Spirit Gin was inspired by Seb and his partner Jen Wiggins taking their new rescue dog pet for walkies in Chorlton Water Park and realising how many forageable plants are out there in the suburbs to act as botanicals. Citrus, mint and liquorice hints make it a perfect G&T base. For our pre-prandial we took bar advice and mixed it with Franklin & Sons Rosemary Tonic with Black Olive. 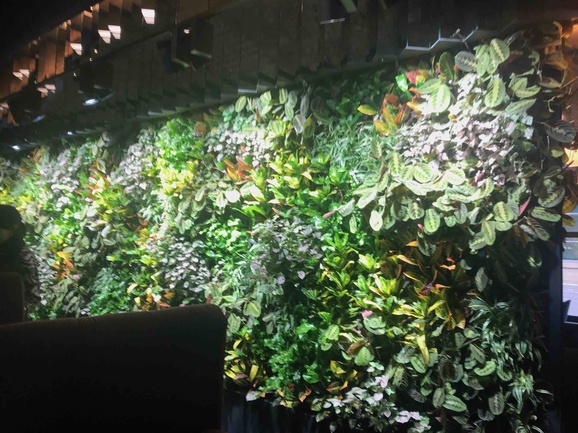 The white that accompanied our lunch, a Stefan Bauer Gruner Veltliner from Austria (£27 a bottle, £9.25 a large glass) was an equally splendid choice. Everything about Three Little Words reflects an attention to detail. The living plant wall is much the best of its kind we’ve met. The bar looks a real contender. If the food may not be quite as consistent yet we feel that may be remedied in time.