IF the ‘Grand Tour’ for you means Jeremy Clarkson and his piston-headed pals signal away now. To ToM, with the benefit of an education, it evokes the peregrinations of upper class young fellows across Europe in the 18th century. A kind of Coming of Age Gap Year with Sedan Chairs and Courtesans.

Its modern equivalent is eager young chefs doing ‘stages’ at high end restaurants from Bilbao to Brussels to broaden their molecular horizons. So El Bulli’s on your CV even if you only spent a week there peeling jerusalem artichokes while sleeping on the beach.

Wolf At The Door's James Lord perfected his skills nearer home under Aiden Byrne at Manchester House. His eventual reward? Head chef at a very distinctive NQ bar, which went from Wilderness to Wolf before a second full moon could arrive. 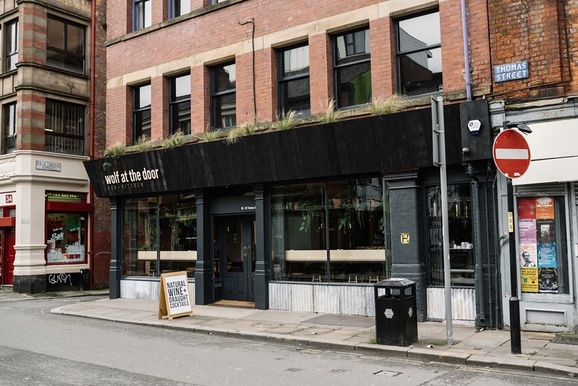 It is run by a kind of ‘super group’ of indie bar operators – Lyndon Higginson, Dan Morris and Bart Murphy – with Adam Day, one of the city’s best bartenders (The newly re-born Wolf won Best Avant Garde Cocktail list in the 2019 Imbibe Awards).

Ahead of opening in August the team went on their own Grand Tour to (where else?) Copenhagen and the research they conducted has resonated across both food and drinks menus ever since. The hung loose with the gastronomic love children of NOMA, including the Michelin one-star Relae – the best place we ate in the Danish capital.

Between 2010 and 2014 the game-changer NOMA four times won ‘World’s Best Restaurant’e. After a sabbatical it’s back at No.2 in the Top 50 but in Le Chef’s list of the globe’s top 50 chefs released this week its founder Rene Redzepi is only ranked fifth. A bit like Lionel Messi filling in at full back. 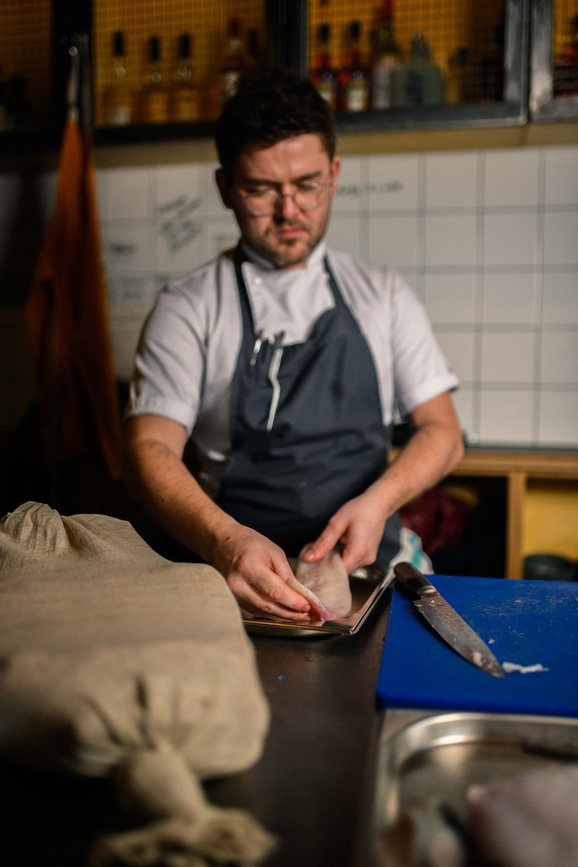 James Lord wouldn’t aspire to this stellar company but Copenhagen certainly focused his mind. The Scandi influences are scattered like autumn pine cones across his menu – and he’s delivering without any pretentious baggage. Come on, he’s cooking in a basement on Thomas Street.

The night we dropped in to review his food the ‘Innovation Room’, which shares the basement, was hosting experimental, NOMA-spawned drinks experimenters Empirical Spirits. There to hold tastings and inspire cocktails in the first floor bar. Our gain – five 40 per cent post-prandial shots to definitely aid sleep. 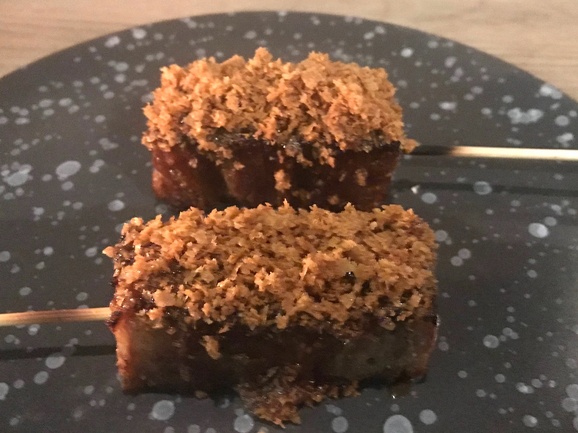 Before that in the casual ground floor bar we tried a range of dishes, kicking off with a veteran star of the show, which leans heavily on the Wolf’s state-of-the art Ox charcoal grill 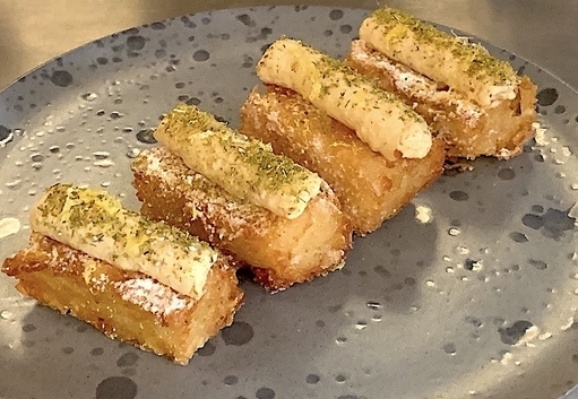 Dill pollen was a new one for us. James buys it in and it adds an intense aniseed note to a dab of crab on pressed potato with smoke egg also entering the equation (£6).

Aged beef tartare got its own Nordic makeover with a garnish of pickled green strawberry and a toasted milk crisp (£12). Glazed hen of the woods in a lemon thyme broth (£10) had more of an Aiden Byrne touch, but you feel he would have been more delicate with the mushroom quotient. 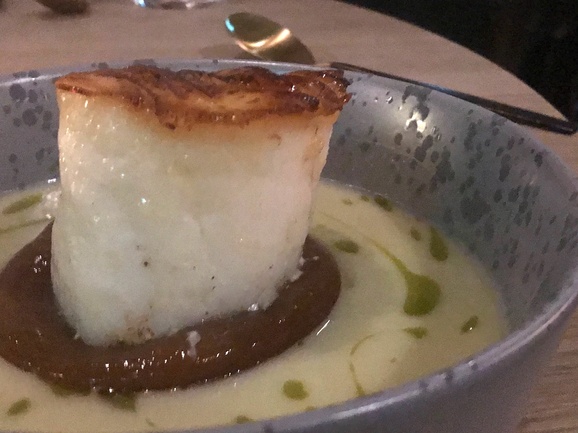 Staying with fungi, Japanese koji and fig leaf oil with (gorgeously) flaked black cod (£16) made too sweet a dish. There was sweetness too in the lavender honey glaze of pine-smoked aged duck (£22), but it was discreet and enhanced the dish. 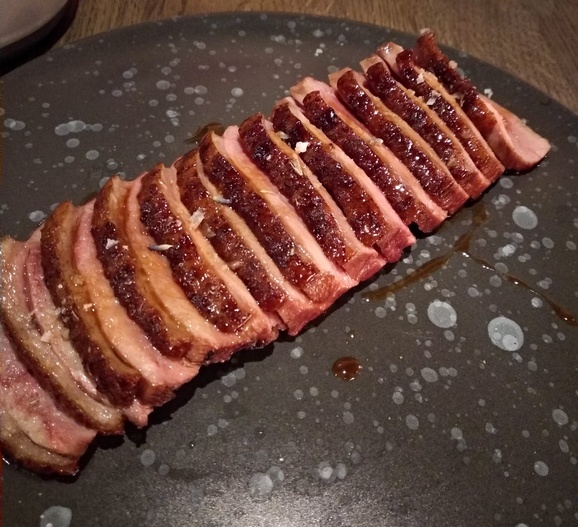 With affinities to the signature dish of New York’s 3-star Eleven Madison Park it still brings its own stamp to the menu. Generously portioned, too. At this Wolf you won’t starve. I just worry about the location for such an exciting project. Get everything just right, cocktails and cuisine, and it still might not be enough, given how the night-time demographic of the Northern Quarter has evolved of late. As they say.