SEA cucumber sounds better than sea slug; either’s an interpretation of Espardenyes, an expensive delicacy found off the Catalan coast – elsewhere, too, but not consumed with the same reverence.

In the raw, perhaps given pride of place in Barcelona’s Boqueria market, they do resemble the grubby-looking peasant footwear they’re named after.

There you’d have to regard them with a certain suspicion. On the plate in Manchester’s upmarket Tast Catala restaurant they’re all about playful curiosity. Peeled and prepared as Espardenyes a la Carbonara, they look like a cross between squid and pasta, in a

sabayon ( made from whisky, egg and water over boiling water with truffle) flecked with smoked pork chin dice. 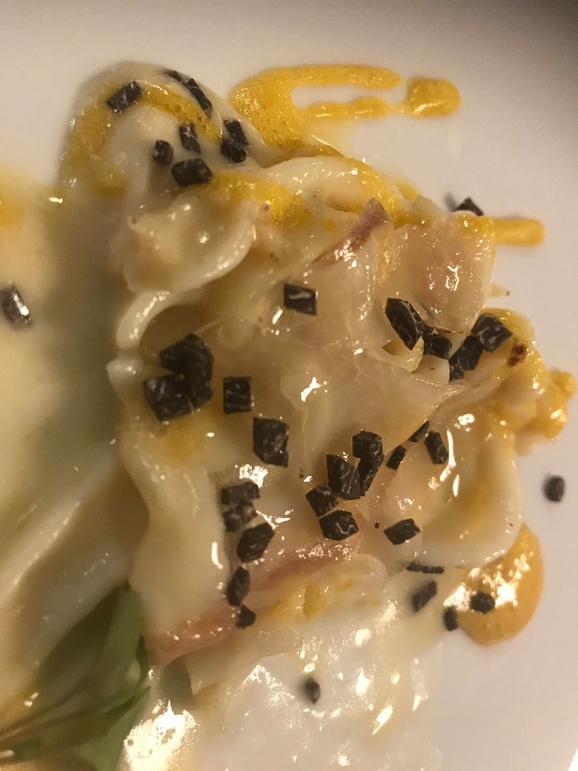 This clever homage to the Italian/international classic has been created by multi-Michelin starred exec chef Paco Perez (below), a man so immersed in the bounty of his Catalan homeland he calls his signature cuisine mar y muntanya (sea and mountains).

Definitely from the mar, and a bottom feeder at that, the sea cucumber has a squidlike texture, only squidgier. The taste is elusive; maybe crab, maybe razor clam. Did I enjoy it? Not as much as other dishes in a discreetly astonishing array of invention. 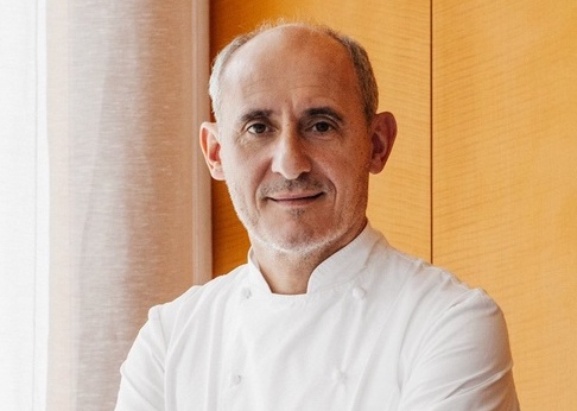 The dish clocks in at number 10 on Tast Catala’s newly launched ‘Tres de Quinze’ 15 course tasting menu (£135), exclusive to the top floor Enxaneta space. Intimate is the word – just 16 covers and prepared in a separate kitchen up there. There’s also a ‘Tres de Deu’ 10 courser at £95 and a £65 wine matching flight. Each menu will change seasonally on the watch of Manchester head chef Miquel Villacrosa, who has worked with Paco for seven years

We tried the full outwardly challenging experience. Only Mana in the city centre is pushing back boundaries like this, but this feels more rehearsed.

I must admit I’ve been puzzled till now by what Tast was about since it opened last summer. Gently introducing us to a technically precise cuisine with French and Spanish influences via ‘tastet’ small plates, enticing us with good value lunch deals, it felt like an extended soft launch given its chef’s pedigree (cv mentors Ferran Adrià and Michel Guerard). 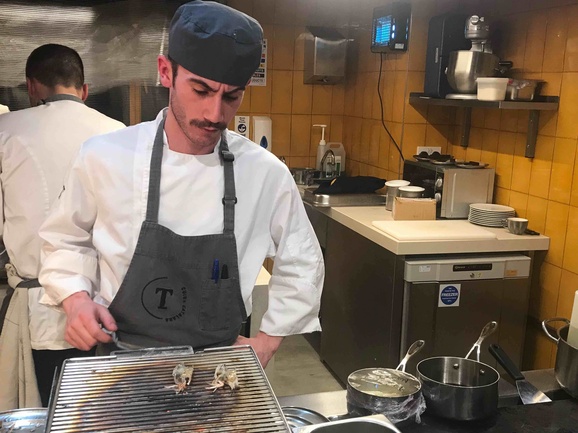 Now – appropriately for a restaurant owned by Manchester City’s Catalan management trio – comes this true game changer. Finally The Full Paco. Introducing us to the gastronomic explorations that have earned him six Michelin stars back home and in Berlin.

Visually the taster dishes are as playful as canvasses by fellow Catalan Joan Miró (not to be confused with Juan Mata, you Reds) and there’s a consistently dreamlike softness of texture encasing intense, sometimes disconcerting, flavours. Yet it’s all strangely comforting, like clutching your mother’s breast as a child. 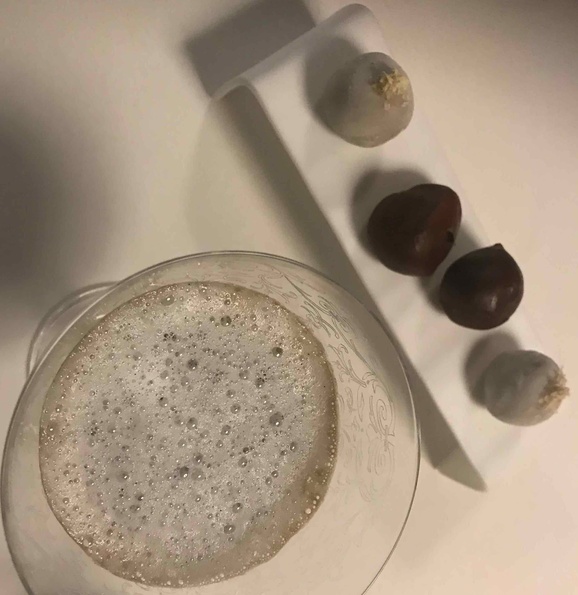 Ah, that unexpected softness. Attempting a starter of ‘mochi’ chestnut ’cakes’ (main image) I sully the virgin tablecloth by clumsily squelching liquid chestnut out of its soft rice flour shell. This comes with a winter consommé majoring in black trompette mushooms and inexplicable liquorice hints under a cappuccino froth. This I don’t manage to spill. 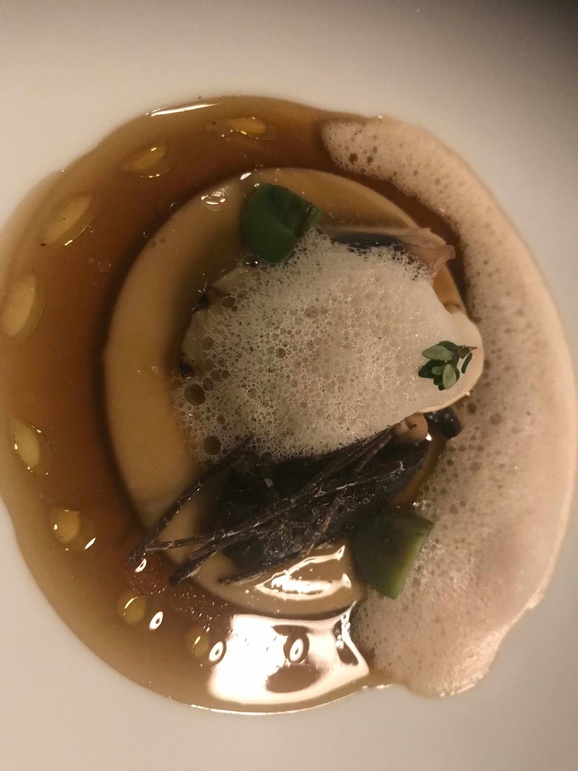 You get a spoon with most courses, such is the importance of the pure umami-fuelled jus; along with truffles, mushrooms also make their way into many of the bowls (even starring on their own as ‘Button Mushroom Diversity) – this is the muntanya calling.

Similarly caviare is used as a tiny enhancement, not as a blingy statement. Indeed the dish that sings most of Catalonia stars the humble pea. In season from next month over there, it may soon rise to even greater heights in the dish called Pesols Purs.

It translates as pure peas and that’s what you get – blanched whole peas, a gel made from the pods, a pea foam, pea hollandaise and a pea consommé for that spoon.

Paco likes riffing on key flavours, so sea urchin is the base of a saline dashi for the first dish proper, a loin of tuna tartare with, yes, a truffled egg yolk emulsion and beluga caviar. 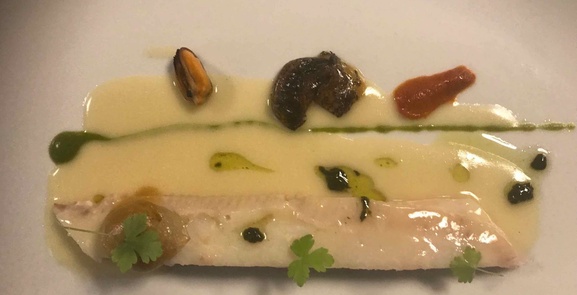 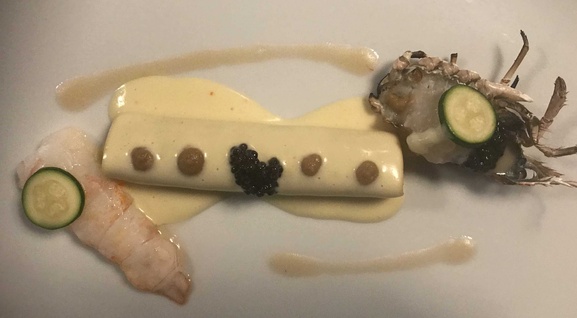 This artfully mirrors an earlier fish dish, Caneló d’escamarlans, my favourite. Langoustine cannelloni with bechamel, truffle emulsion and beluga caviar is bookended by a langoustine tail on one side and on the other the head to suck. Mar heaven. 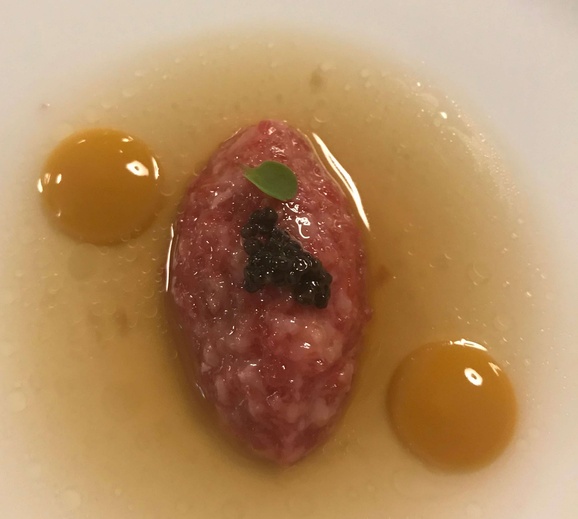 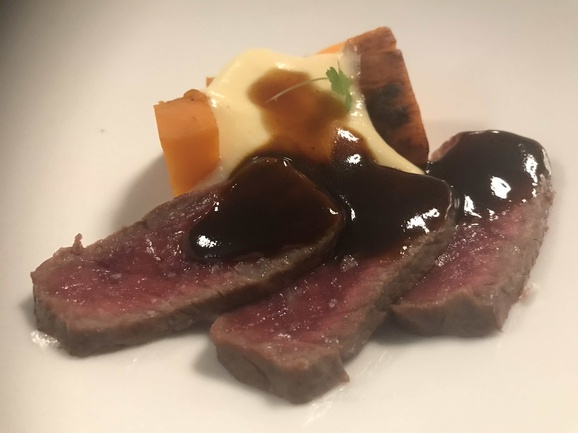 There’s lots of such mirroring going on. A tartare reappears, the first of the Wagyu dishes, this time with a beef consomme and egg. Wagyu, rarely my beef of choice, is all about texture again in its second treatment, forming a surprisingly charming alliance with moist sweet potato and a polenta foam. 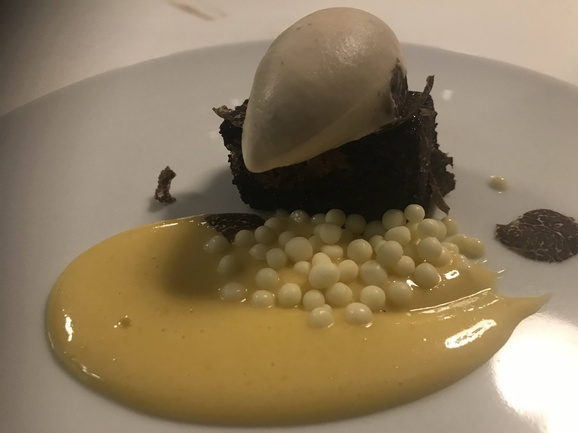 I preferred the less ambitious, and delightfully monickered Pijama, basically a sweet, sweet fruit trifle, featuring a sponge, flash-baked in a microwave – an invention of Ferran Adrià at El Bulli. Well, they were never going to buy in a Mr Kipling. 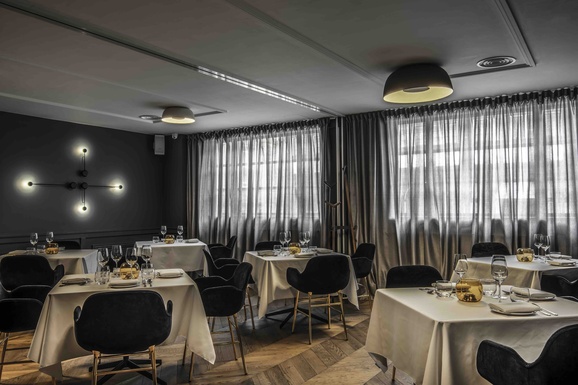 Even the titles of the different floors at Tast (or Tast Cuina Catalana, to give it its full title) are a homage to its Catalan provenance. Each is named after a level in the region’s ‘Castells’ human tower tradition. Pinya (the pineapple) is the base; Folre the straining middle; Enxaneta, the topmost (usually youngest and lightest) participant, these days sporting a helmet for health and safety reasons. Wobbly towers and spectacular crashes are not uncommon.

Dishes squeezed out of being mentioned in copy – I always resist cataloguing a tasting menu in real time – are pictured below. 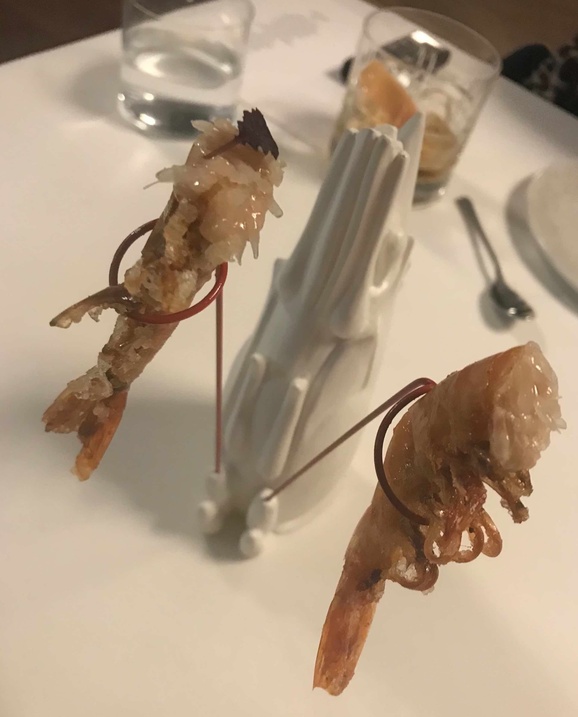 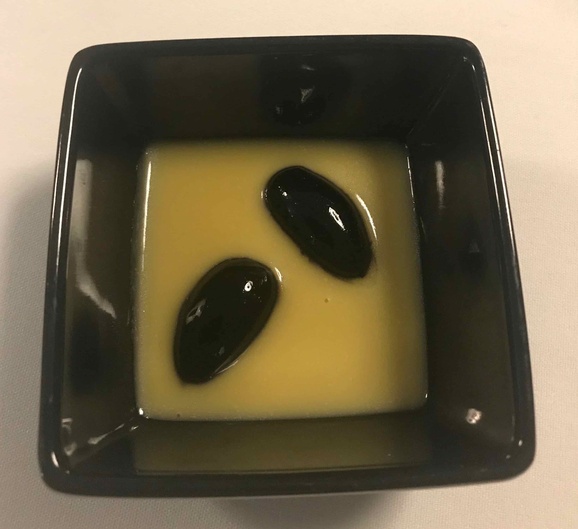 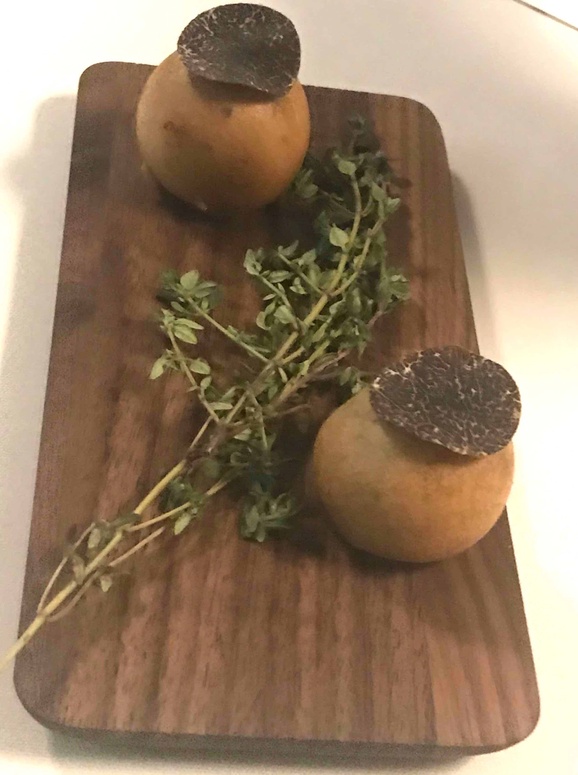 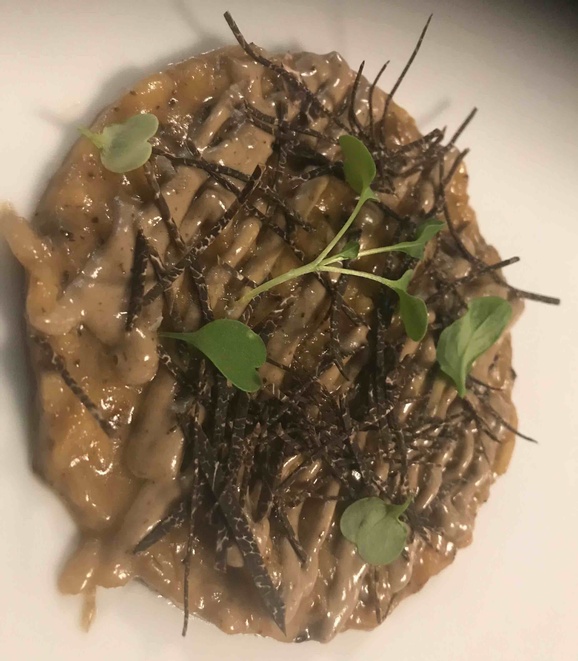