Taste of Manchester enjoys nothing more than a sunny afternoon in front of an exciting village cricket match, with a few pints of good beer to keep the thirst away.

This weekend the 8th Broadbottom Beer Festival returns, taking place at the picturesque village cricket club, from Midday until late on Saturday 4th Sept and again on Sunday 5th.  Already the 2021 season's champions of the Derbyshire and Cheshire League, the club prides itself not only on its successes on the cricket pitch and its great community spirit, but also its fine selection of beers found behind the bar and, more especially at the annual Beer Festival. 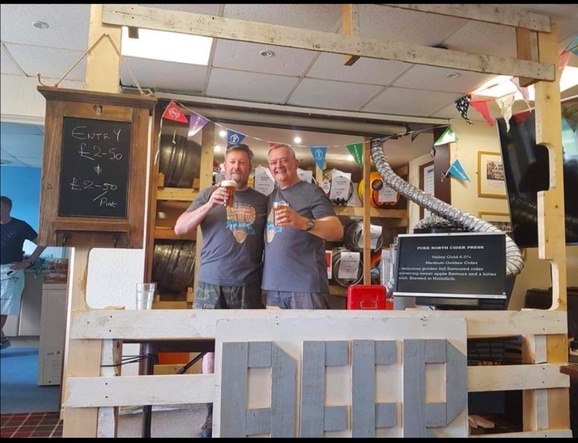 The 2021 Beer Fest features 32 locally brewed beers and two fine ciders. The Festival beers are expertly curated by two stalwarts of the club, Mick Royle and Sean Langton. They enjoy their lengthy decision making visits to the brewers and are renowned for delivering a selection of outstanding beers to suit all tastes.

Festival Highlights include Mouselow, the tiny brewers from Padfield near Glossop presenting Summer Gosling, a unique blonde ale only brewed once a year at 3.8%. Their lightly hopped, full flavoured Winter Mild is a regular brew and clocks at the same, low for a mild 3.8%

Howard Town, another Glossop based brewery but on a larger scale, showcases four of their best brews. Distant Hills Pilsner uses a German Malt to create a refreshing lager with a decent punch at 4.5%. Their famous Kerala, a crisp refreshing, citrus session IPA at 4.2%, Milltown Breakfast Porter for those who missed theirs at 4.5% and SuperFortress, a bittersweet Ruby ale at 4.4%. 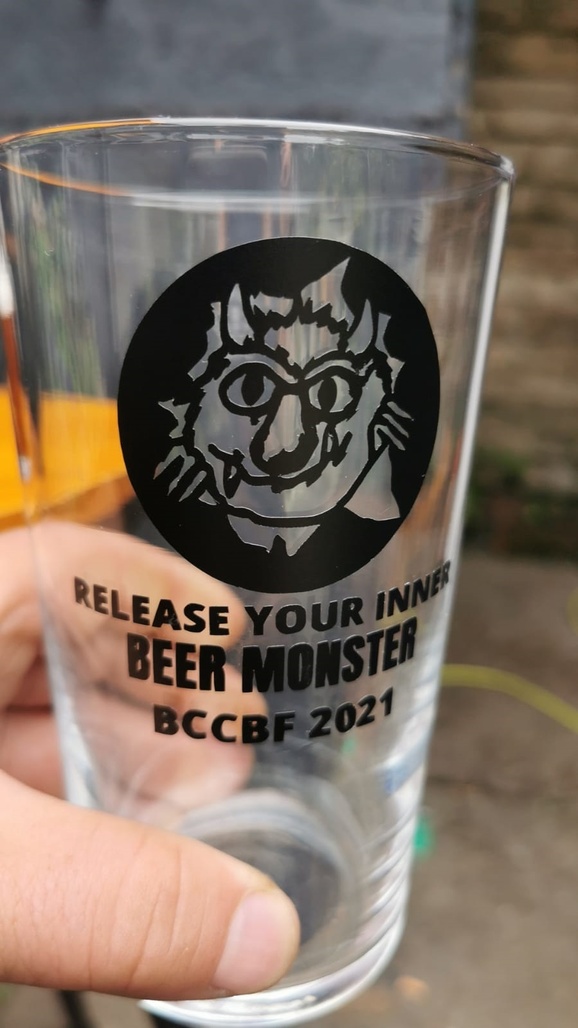 Green Mill beers are brewed just down the road at The Harewood Arms in Broadbottom. Their local offering consists of two renowned session beers, the blonde Old Git and the pale Chief, both clocking in at 4.2% and only travelling 500 yards to settle. Buy local has always been our motto and how close is that?

Wincle Brewery a family run brewery from Macclesfield say they are 'redefining brewing' on their website. TOM is looking forward to sampling their highly recommended Sir Philip, an amber premium bitter at 4.2% as well as watching others tuck into the Colonial Pale Ale, which at 8% is the strongest offering of the whole festival. The alliteration in the two pales Wincle Waller (3.8%) and the stronger Wibbly Wobbly at 4.2% could prove interesting later in the day.

The Manchester Food and Drink Festival's top seller at the Manchester Beer Bar is always Millstone from Mossley, only a stone's throw from Broadbottom. Their two featured Festival beers are Grain Storm, a golden premium bitter at 4.2% and the stronger Tiger Rut, a mellow bitter with a delicious citrus and grapefruit aroma at 5.0%.

P. Noot Brew Co is one of the new wave of Manchester Brewers. We’re looking forward to tasting some of their Force 8, a deep and full bodied English Bitter at a heady 4.8%, some golden Apex (3.8%) and a refreshing IPA  IntoThe Light at 4.2% with a strong peachy aroma. We wish them all the best for their Broady Beer Fest debut. 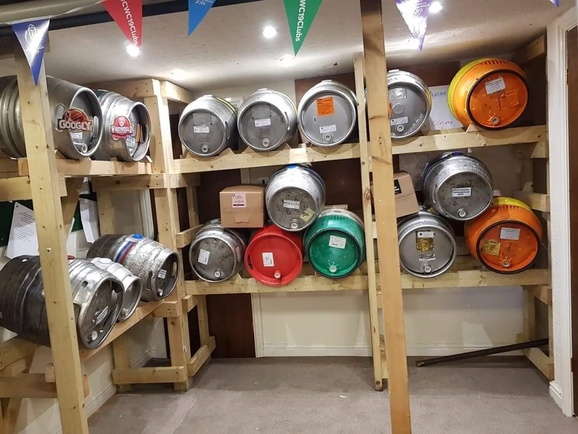 Hyde based entrepreneurs Four Kings supply a magnificent offering in 4ever IPA at 4%, its intense bitter flavour leaves a long dry finish and comes with great references.

We did say it was an all local brewery offering and for those that don't know, the broad acres of Yorkshire are only a few miles from Broadbottom. The Festival likes to reach out to its oft maligned neighbours and Holmfirth based The Nook have gladly accepted, with three of their finest; Baby Blonde at 3.8%, Chief (4.2%) a heavily hopped golden bitter and, the classic Oat Stout, a powerful 5.2%. A full bodied rich, distinctive stout that will have the connoisseurs drooling. 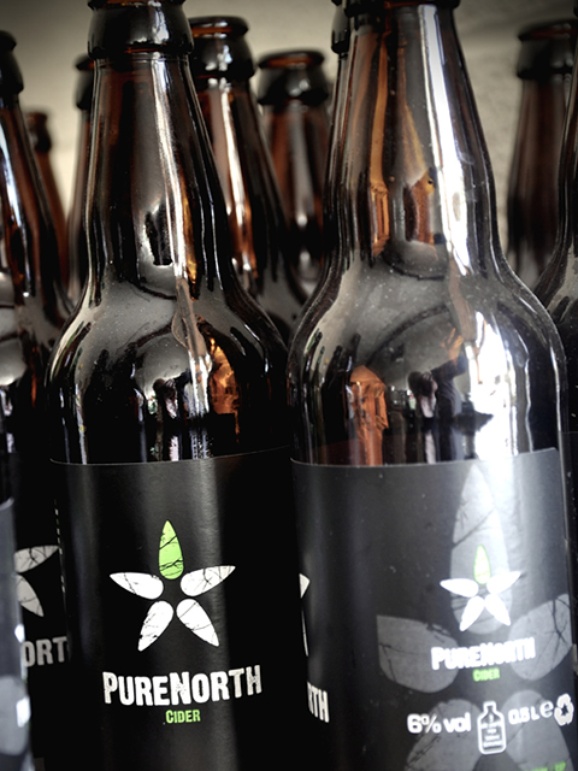 Cider Lovers haven't been forgotten, Pure North Cider Press are showcasing two Holme Valley brews. Their medium Old Fruity, a traditional cider infused with blueberries and blackcurrants comes in at an easy 4%, whilst the delicious hazy Sweet Union, at a heady 5.5%, uses Yorkshire cider apples and Lancashire eaters, to create a sweet union of the two great Roses’ counties.

No one likes to drink on an empty stomach and food will be plentifully available. There will be delicious homemade hot rolls of beef, onion and gravy; roast pork, stuffing & apple sauce; gammon; turkey, stuffing and cranberry and Lymefield sausages. For non-meat eaters there's veggie meatball marinara, vegan sausages and bowls of tomato pasta with vegan cheese.

The venue is situated at the top of the village, (turn left out of Broadbottom station.) It's £3 a pint, after a £2 entry fee. On Saturday the village 2nd X1 will face a strong Derbyshire and Cheshire League combined team. On Sunday the annual Canesten Cup will be hotly contested between the Broadbottom Ladies Team and The Over 40s. 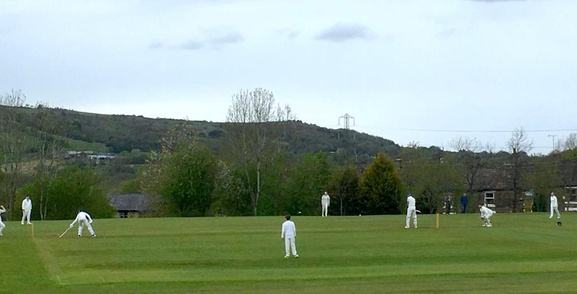 Bring a rug or sit yourselves in the brand new picnic area and enjoy a great variety of fine beers and food. The club bar will also be open so wines, regular lagers, softs etc will be available. There’s a safe kids play park next door, it's 25 minutes from Piccadilly station on the Glossop/Hadfield Line,so there can be no excuses.

A raffle will be raising funds for a club member Chris Laycock's surgery in Germany. Bring cash for a chance to win some superb prizes.