When Indian Street Food and Craft Beer specialists Bundobust opened on Bold Street in Liverpool back in 2019, Middle Eastern restaurant Maray hosted a one-off dinner to welcome them to the city. Now Maray is coming to Manchester, it’s time to repay the favour.

Maray is an award-winning restaurant group that began in Liverpool in 2014. Co-founders Thomas White, James Bates and Dom Jones were inspired by the food, drink and culture of the Parisian district of Le Marais. Their Middle Eastern inspired menu, drinks and dedication to exceptional hospitality has earned them a die-hard following.

Ahead of their much-anticipated arrival, Maray and Bundobust are joining forces once again to offer a selection of very special Middle Eastern-Indian fusion dishes.

From Monday 9th May - for two weeks only - Bundobust Brewery on Oxford Street (read more about that HERE) as well as their Manchester Piccadilly and Liverpool Bold Street restaurants will serve a series of exciting collaborative dishes – and they’re all vegetarian. 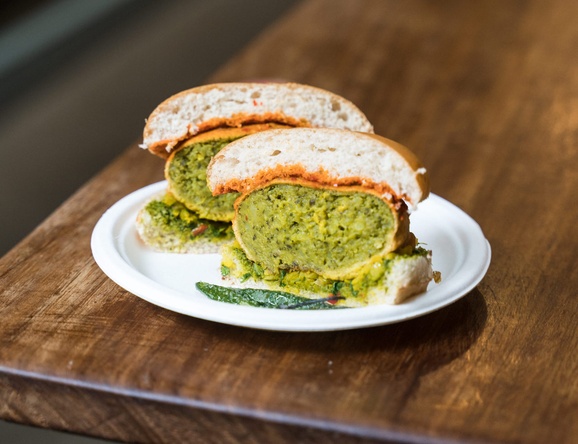 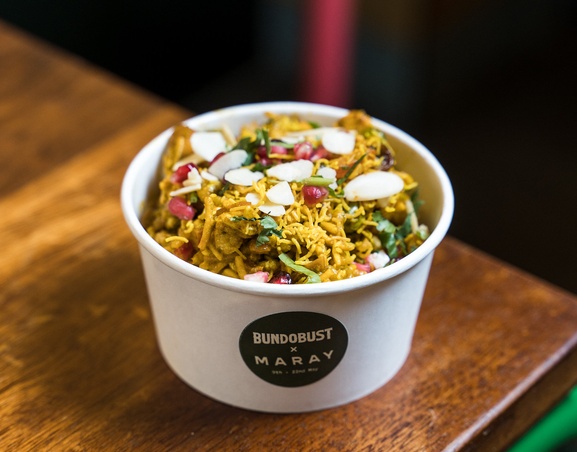 All the dishes on this super special menu will be available to try on their own or as the ‘Bundobust x Maray Combo for 2’. £2 from every combo and £1 from every Valafel Pav sold will be donated to Eat Well MCR, the social enterprise providing chef made meals to people in need.

The menu will be available from Monday 9th May until Sunday 22nd May at both Manchester restaurants; Bundobust Oxford Road, Piccadilly and at Bundobust Liverpool.

Opening hours and more info can be found HERE