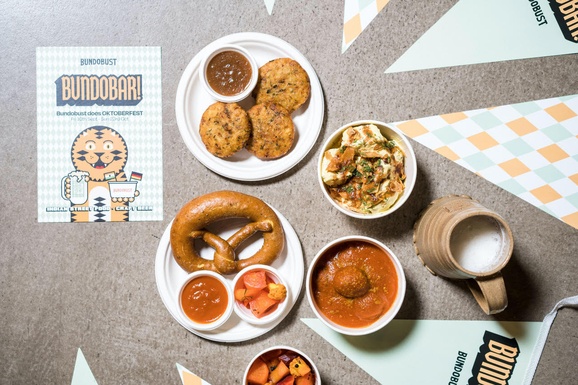 Bundobust chefs tackle the German institution of currywurst with CURRYWURST KOFTAS (vegan, gluten free. £7). Desi dumplings of cauliflower, cabbage and carrot are served with a classic currywurst sauce charged with garam masala and a dusting of curry powder.

Another twist on German tradition comes in the form of KARTOFFELPUFFER (vegan, gluten free. £5). Potato and sauerkraut fritters spiced with fresh fenugreek, fennel, chilli and ginger. Served with a traditional cinnamon applesauce dip.

Headlining the bar, Bundobust have brewed up the limited edition “BUNDOBAR!” - 5.2% Black Lager, a proper German style Schwarzbier with Munich and Vienna malts. Priced at £5.40 a pint, BUNDOBAR! pairs well with the Oktoberfest specials flying out of the kitchen.

Bundobust have also linked with world class Norfolk farmhouse brewery, Duration, to collaborate on TOO MUCH CRISPY, a 5% Helles. Look no further for all your clean and malty golden German style Helles Lager needs! Available on tap and in cans at all Bundobust venues. 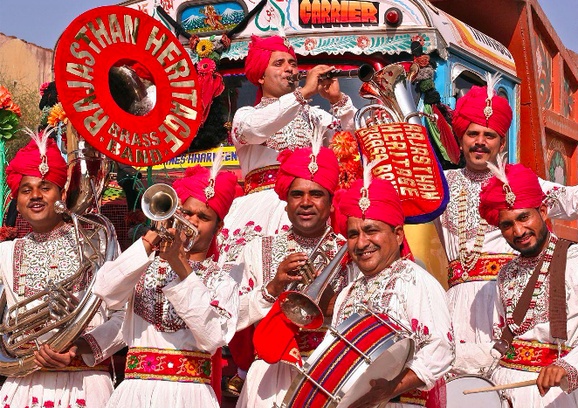 To celebrate they'll be giving away 50 free pints of their new Oktoberfest beer, BUNDOBAR! Black Lager for first customers from 5pm.