The 24th Manchester Food and Drink Festival will take place between Thursday 16th September until 27th September and a whole load of special foodie events have been planned. 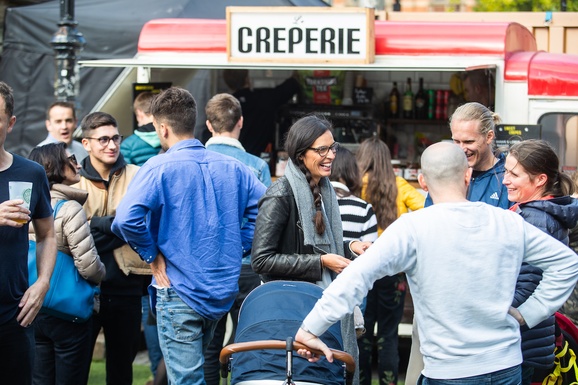 With a central hub based at Cathedral Gardens in the city centre, and special events being held in and around Manchester, it is one of the country’s longest running urban food festivals. This year’s event is headline sponsored by food delivery service Just Eat and intends to celebrate Manchester’s incredible food and drink scene with one big, much-anticipated food party. 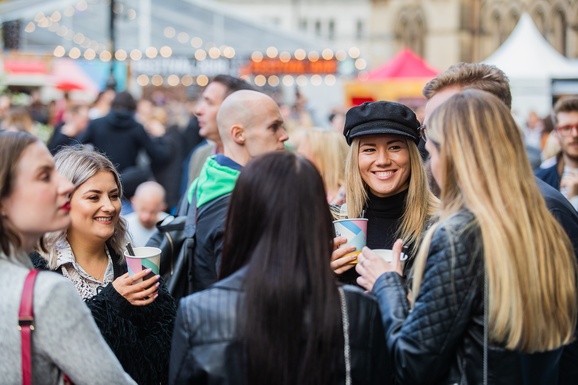 The centre of the action will be The Festival Hub - the free to enter, pop up food and drink village that will take over Cathedral Gardens for the duration of the festival. With a gigantic beer bar, gin bar, street food, artisan food market, banquets and live music it’s one big celebration of the city’s excellent dining and drinking scene. 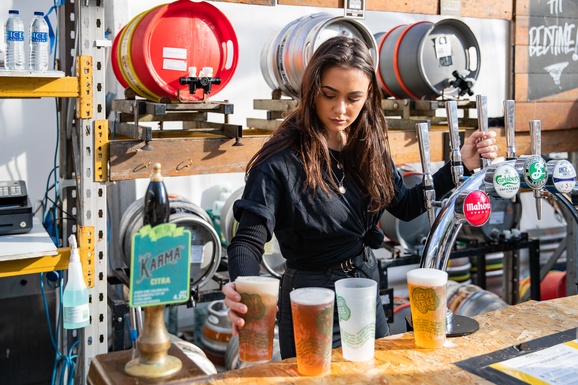 Here’s what’s on at the Festival Hub, Cathedral Gardens

This will be open from Thursday 16th – Sunday 19th September and then again from Wednesday 22nd to Sunday 26th September. No booking is required, although some tables within The Hub will be available to book over these two long weekends

The brand new Festival app is a new digital ‘on the go’ festival programme with app users able to browse the full festival programme, reserve a table at the Festival Hub and vote in the MFDF awards too. The app can be downloaded in the apple  and android app stores by searching ‘Mcr Food and Drink Festival’. There’s a whole host of special offers from Manchester’s brilliant restaurant community listed on the MFDF app/website which can be viewed HERE 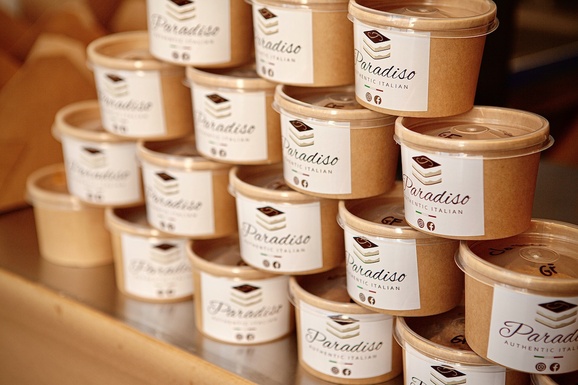 A free to enter, independent food shopping experience brought to the Hub for the very first time. This new bountiful market will feature some of the region's best independent food and drink producers, makers and businesses. 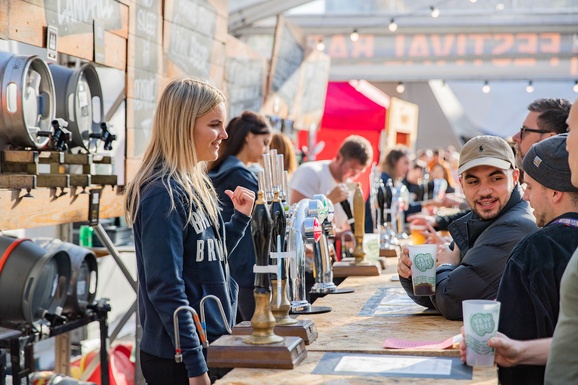 What: The Manchester Beer Bar 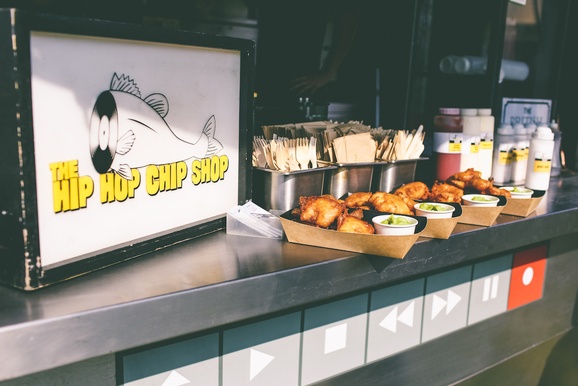 What: Independent Street Food Village at The Festival Hub

The Festival Hub will feature a whole village of the best independent food traders around. From the juiciest burgers to woodfired pizza, stunning pies to halloumi fries, artisan ice cream and chocolate galettes… it’s a street food feast.

Headline sponsors of the Festival, Just Eat, will be creating their very own “Festival HQ” with a host of their restaurant partners. The Just Eat Street Kitchen will be a heavenly food enclave with everything from vegan bao buns to churros and chocolate. Expect swing seats to lounge on, giveaways and general good vibes as the Just Eat team will be on site with goodies including discount vouchers to spend on your next order. 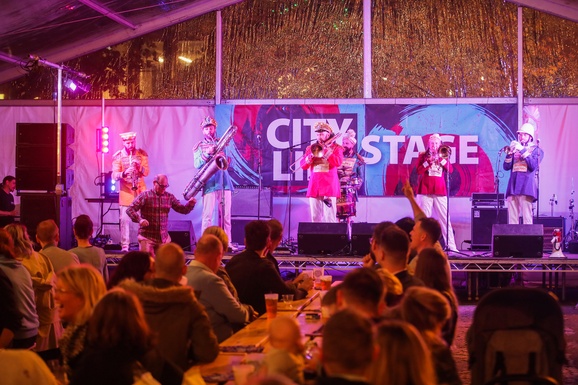 The CityLife stage will feature a curated line-up of Manchester’s best local bands and musicians to provide the perfect soundtrack to your Festival. Artists include hotly tipped The Lottery Winners, Manchester Legend Clint Boon and amazing, “anarchic extravaganza” that is Mr Wilson’s Second Liners. 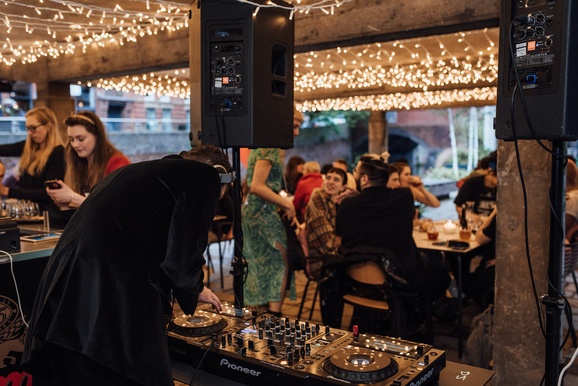 After a tough year, the city’s hospitality industry has come together to celebrate the Festival and created a fantastic programme of events to showcase their amazing venues - from wine popups with organic and natural wine specialists Le Social to Whisky Dinners at Tast, MFDF is a great time to discover and support some of the city’s most exciting restaurants, bars, cafés and chefs. Highlights from the Festival Fringe can be found HERE

Make sure you don’t miss these very special one-off Festival events…
With events selling out fast, grabbing the last few tickets is advisable! 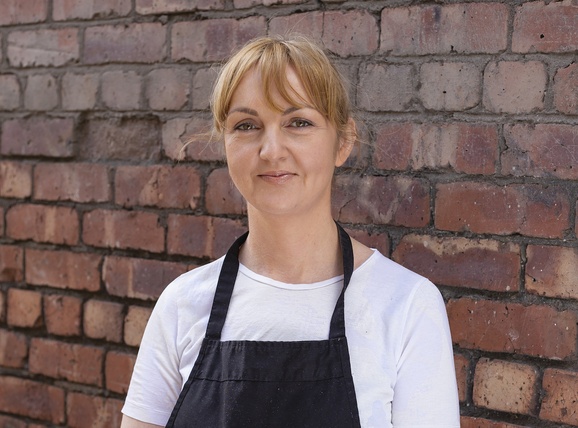 The most exciting culinary event of the year dinner will be held at Manchester's only Michelin Star restaurant Mana with an incredible line up of chefs each preparing a course:

There are only 26 tickets available for this very special occasion and they are expected to sell out in minutes. Eat Well MCR will also be running a raffle throughout the festival featuring incredible prizes like VIP Homobloc Tickets, £150 to spend at Freight Island, Dinner for two at District, £100 to spend at Tampopo and more to be announced.

Tickets are £200 pp. Profits from ticket sales and proceeds from the raffle will go towards funding chef-made meals for people sidelined by poverty in Greater Manchester. 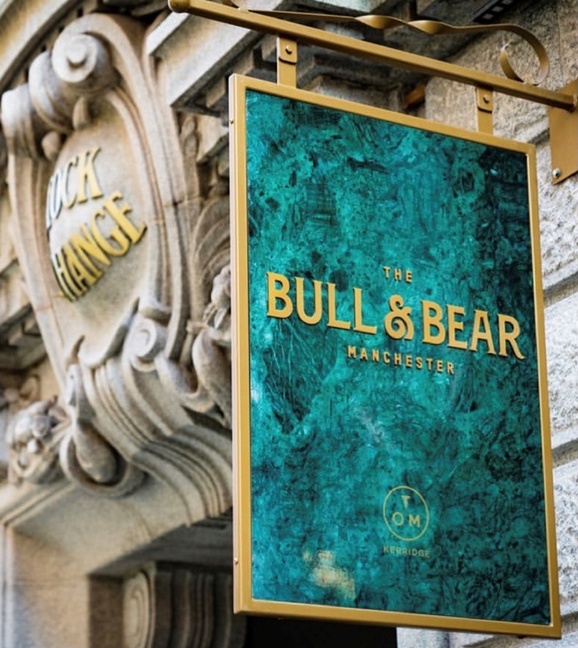 What: The Bull and Bear takeover at the Hub

Enjoy a very special take on the ultimate pub grub feast and a live music soundtrack to provide the perfect ‘pub at the hub’ atmosphere.

What: The MFDF Wine and Fizz Festival

Grab your ticket to enjoy amazing wines brought to you by some of the region’s finest and most exciting independent wine retailers. 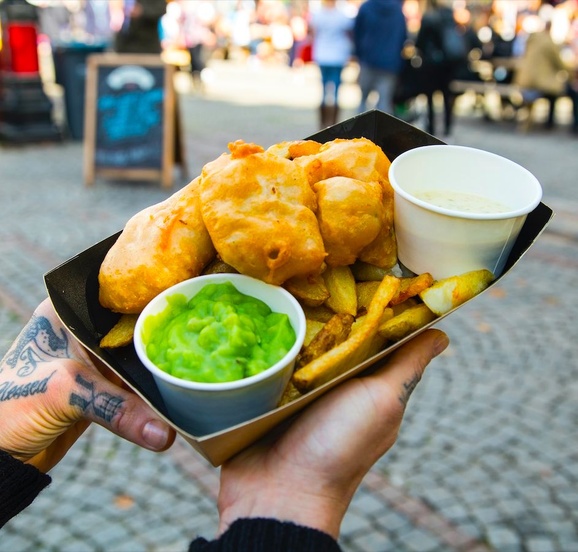 What: The City’s Biggest Ever Chippy Tea at the Festival Hub
It’ s free to enter and will be one big celebration of the region’s favourite meal courtesy of some of the best chippies in town. There’s no need to book - just walk up.

Don't forget to vote for your favourite food heroes in the MFDF Awards via the MFDF website or the MFDF app.