SO Much about pizza chain Franco Manca is simply topping. On first encounter this newcomer to Manchester has this going for it – affordability, quality ingredients, a smart fit-out and a generous charity initiative.

In its first two weeks here for every pizza purchased Franco Manca will donate one pizza to local homeless charities. In Birmingham, that led to more than 6,000 donated meals in a fortnight. The team are keen to hear from local homeless shelters and foodbanks they can assist. Email emailing [email protected]. 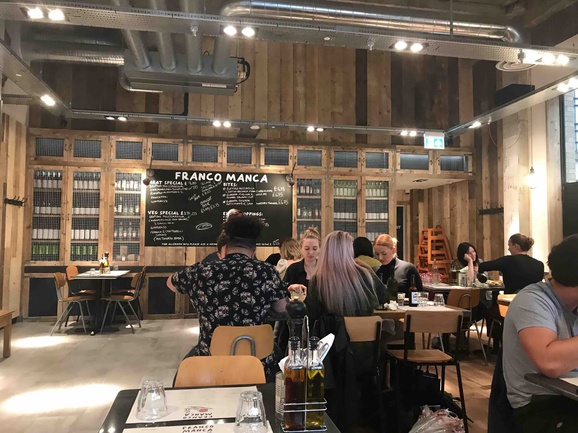 There’s generosity too in the opening deal for punters. To celebrate, from September 26 to October 9, Franco Manca will be offering all dine-in customers their pizzas for just £5 – the price of the first pizza on their regular menu.

Even on that the price of a pizza never tops £9. And that’s with topping ingredients that include cured ham and mushroom or capers and Cantabrian anchovies. 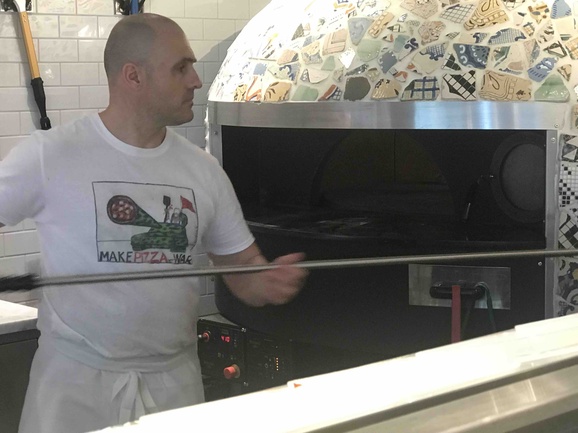 The chain, which was sprung from a Brixton Market stall in 2008, specialises in sourdough pizza, which it pioneered in the UK. The slow-rising sourdough dates back to the late 18th century. First procured by founder, Giuseppe Mascoli, near the city of Naples, the recipe still honours the ingredients and methods (20 hours of proving) that define classic Neapolitan pizza, cooked at 450C. The Manc Manca features an ornate traditional oven, plastered in broken decorative tiles.”

Agne Guokaite, openings manager told us: "We always wanted it, but it was just the positioning, where we were best to be. We’re very picky on sites and we want it to be a perfect fit.” 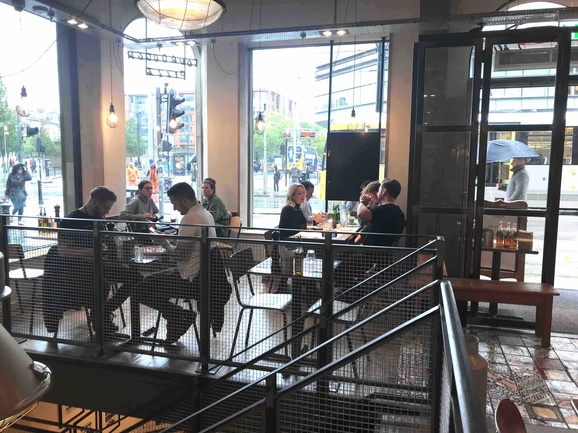 Location, location, then? Theirs is a slightly daring choice. The 120-cover interior (inc a basement with bar that would be good for parties) of this former bank, just along from Primark, looks across to Piccadilly bus station. All human life etc… Inside melds industrial and rustic chic.

Still it’s what gets put on the plate that will be a clincher in a city not short of high profile acclaimed pizzerias. The Observer Food Magazine lauded Franco Manca for serving the UK’s best pizzas. Rudy’s, Honest Crust and a clutch more of our faves might contest that.

What’s not in doubt is the classy provenance, organic by preference, sourced across the chain’s 35 pizzerias, now extending out from London and offering the likes of Montgomery’s Raclette-like Ogleshield as an extra cheese topping or artisan Yorkshire fennel salami. Mozzarella is British made by an Italian expatriate. Imported Italian produce is from the finest sources, too.Bottles of wine are under £20, favouring the in vogue biodynamic and natural trends, a bijou cocktails offering at £5.50 and a trio No Name house beers common at £3.85. 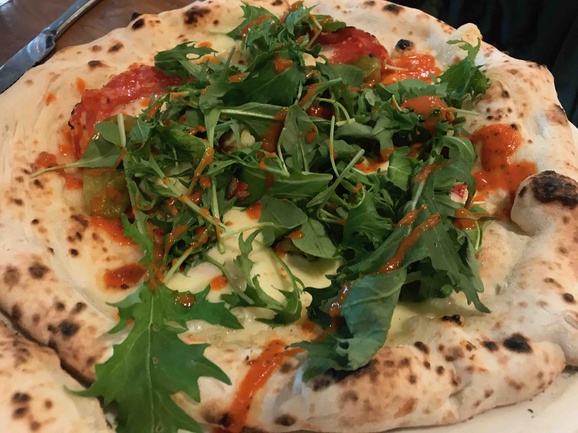 ToM couldn’t resist the latest in Franco Manca’s speciality pizzas – always No.7 on the menu, costing £9 and commissioned from a top Italian chef. On this occasion Colombian-born Roy Caceres, who has a Michelin star in Rome. Which made the result all the more underwhelming – a blanket of rocket over a topping forgoing tomato for a nduja sprinkle and spicy ventriciana salami from the Veneto. The dough was springily fine but a Rudy's rival? Maybe not just yet.