RANDAll & Aubin launch chef Brian Hughson has been announced as the new head chef at 20 Stories restaurant. It’s the latest step in a 25 year culinary career that has taken in some serious kitchens from London to Dubai.

Liverpool-born Hughson made his debut in a Manchester kitchen at Oliver Peyton’s legendary Mash and Air back in 1997 (it closed in 2000) and more recently was launch chef for a while at Randall & Aubin in Bridge Street.

At 20 Stories he follows in the footsteps of Aiden Byrne, whose menus helped launch the glamorous rooftop restaurant/bar a year ago. He departed eight months later to take over his old Manchester House site (now trading as restaurant MCR).

Brian isn’t fazed by the task ahead: “I’m not here to try and re-educate anyone. Diners in this city are far more discerning than they were 20 years ago. I have some big boots to fill here at 20 Stories but I’m really excited about the role.” 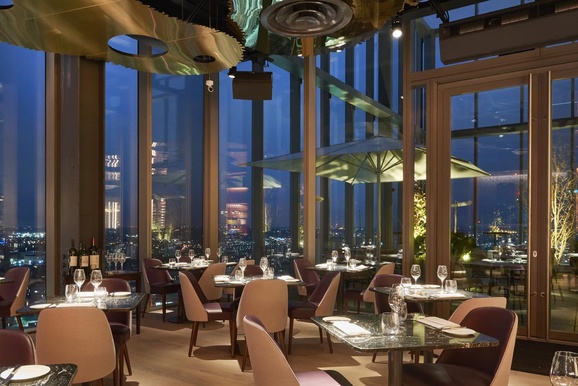 Past employers have included Henry Brosi at The Grill at The Dorchester, Gary Rhodes at Rhodes W1, The Savoy Grill with Gordon Ramsay and The Belvedere with Marco Pierre White. And he has masterminded top level private functions, even catering for The Queen and Prince Charles.

He promises his style as he revamps the menu will be “Good honest food”. He told us: “20 Stories is an iconic restaurant at the heart of a city where the food scene has blossomed over the last few years. Manchester has become a destination for diners with high standards and the city has responded with a number of fantastic restaurants. The scene is growing and it really keeps you on your toes.”