NEVER neglect the bookends of a menu. It’s not all about mains. Check out ’Vermilion Awakened’, the remarkable reinvention of this glamorous New East Manchester restaurant’s food offering, curated by Masterchef hero Bobby Geetha.

The beginning and end of a preview meal, showcasing 10 of the 20 new dishes created, sum up his playful, evocative take on traditional Indian cuisine, filtered through a cutting edge contemporary culinary sensibility. 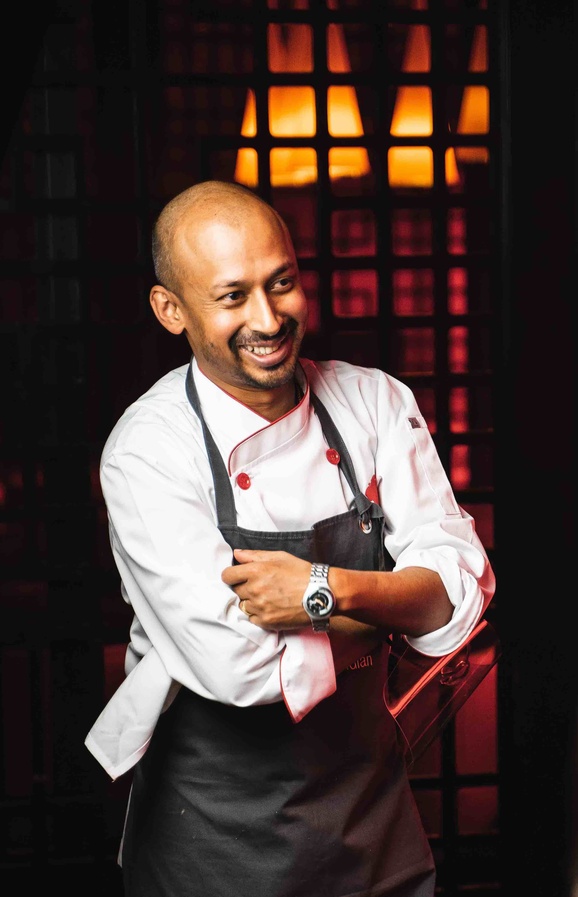 Starter poppadoms here are a joyful jumble of rice and tapioca versions with a trio of mint and pickle relishes reminiscent of Asha’s, whose global restaurant empire Bobby (above) ran from Dubai to our own Peter Street. 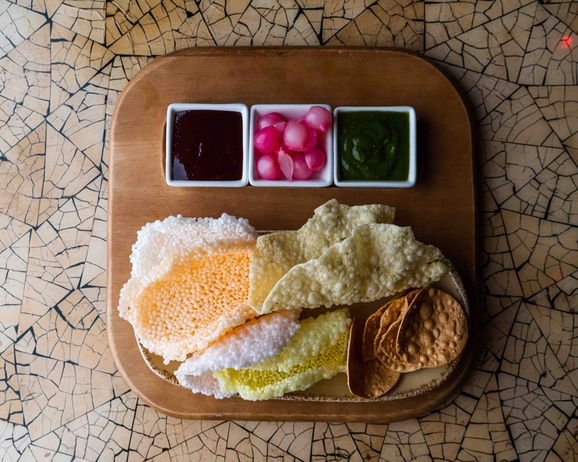 That stint gave him his head to explore the manifold regional specialities of the sub-continent, his success in making the final 10 of BBC’s Masterchef 2016 unleashing the individuality of his own cooking vision. 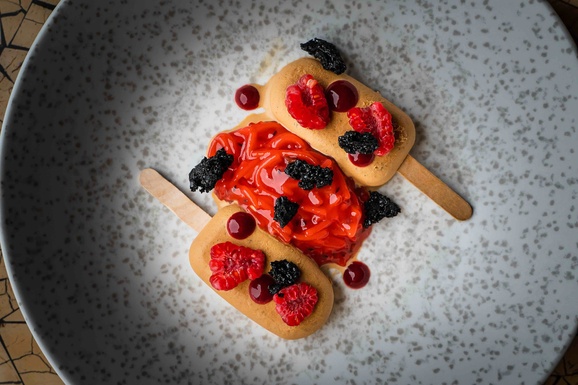 So to the dessert bookend. His Masala Chai Kulfi with Falooda and Mancunian bee honey crumble  is proof of that creativity. Unfamiliar with falooda? Traditionally it’s a rose syrup flavoured noodle; here its sweet silkiness is a side to a classically dense frozen version of the spicy Indian tea, chai. Its creamy allure is complemented by dark shards of honeycomb.

In truth by this stage of the dinner we were overwhelmed by the generosity of the platefuls. 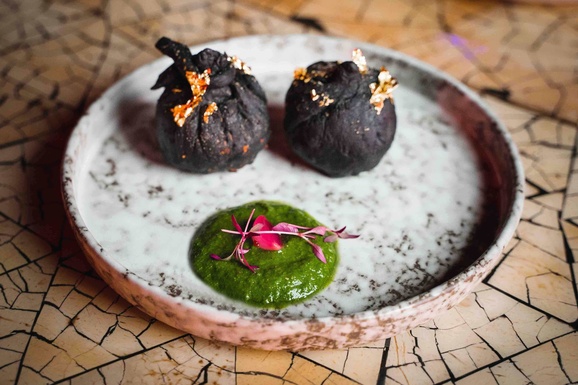 The parade of small plates might have sufficed before three mains arrived en masse. Stand-outs? So many. Hot on the heels of those poppadums was a real challenge to our gastronomic perceptions. Up in Goosnargh Shorrocks have made a name with their Black Bomb, a creamy Lancashire ball encased in black wax. Bobby pairs the cheese filling with edamame beans and sweetcorn and fries samosa style in an edible charcoal pastry. It’s a homage to both North West ingredients and Indian cuisine – a recurring balancing act on this menu. 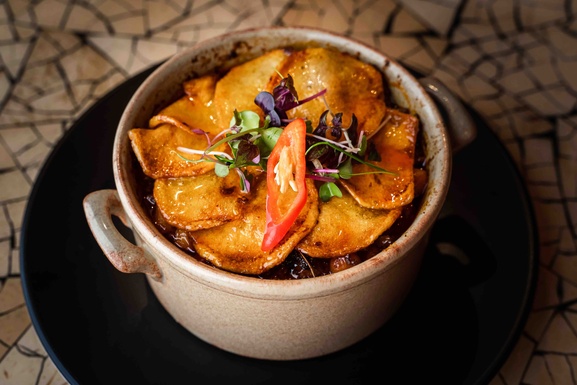 That was certainly true of a satisfying adaptation of a Lancashire hotpot. Break through the baked sliced potato topping, to unearth leek slivers and minced curried goat (from Cheshire). This is a terrific dish; less sure of a coarsely spiced fusion of scallop and merguez sausage on a bed of turmeric cauli puree. 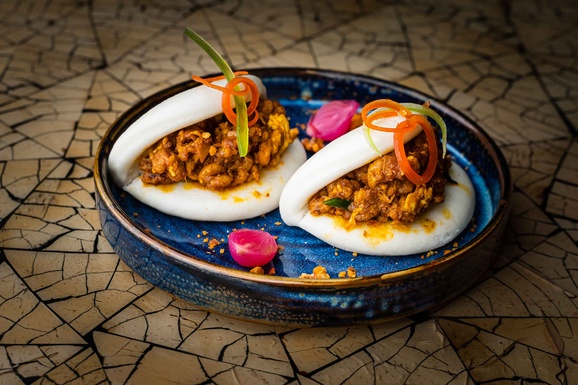 Minced Cornish shrimp was fiercely spiced too but, combined Mumbi Parsi fashion with duck egg on a soft bao, it was an unusual dish that really worked. 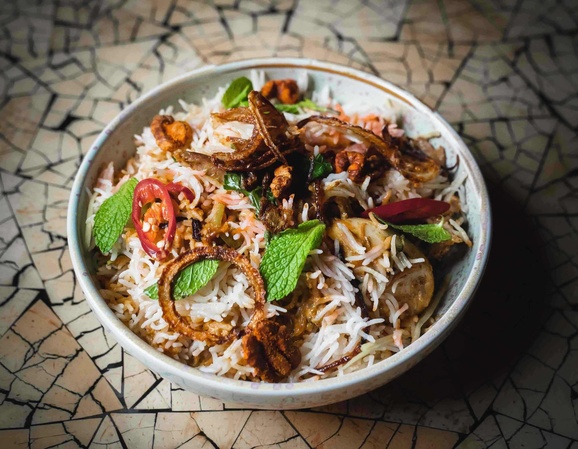 A whole perfectly cooked duck egg topped a sumptuous pulled duck biryani of surprising delicacy thanks to a light coconut sauce and the novelty of fried walnuts.

A sweet coconut sauce from Bobby’ native Kerala almost overwhelmed a fellow main of sea bass but, mopped up with feather-light naans, it won me over. 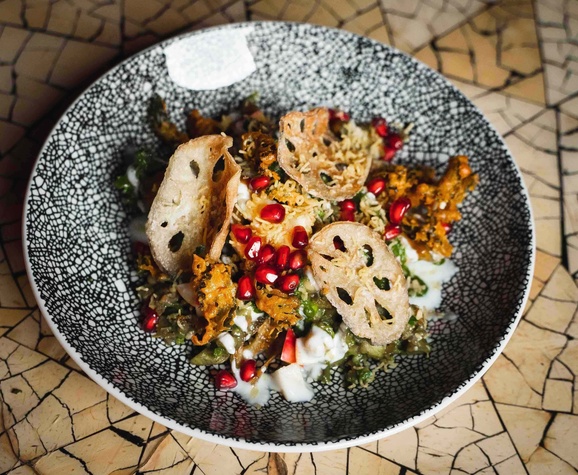 Still I almost like it best when Bobby plays it simple. Our own dear native kale features alongside more exotic crunchy lotus, pomegranate and Pink Lady apples, reminding you how refreshingly good a chaat can be. Also loved a vivid, creamy beetroot raita, topped with mint and pomegranate arils. And slow-cooked mini lamb ribs seethed in star anise and served with a fresh mint chutney that imaginatively brought everything together. Story of Bobby Geetha’s cooking really. 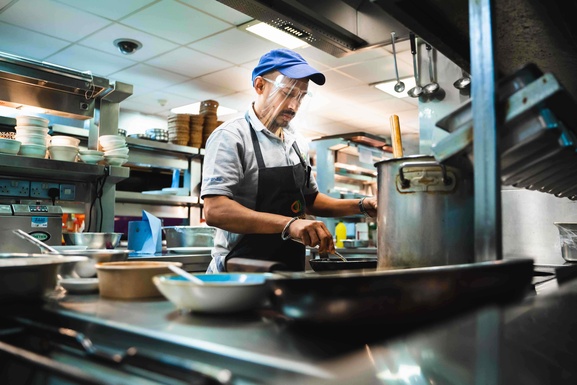 So who is Bobby Geetha and how did he arrive at Vermilion?

He was born in Kovalam in Kerala. Fish is a very important part of that Southern Indian state’s diet, which matches with a huge Vermilion selling point – access to some of the world’s finest seafood via its parent company, Seamark. Now 38 and relocating this year from Dubai to his new base in Leeds, Bobby has a wide-ranging global CV. Key moves were:

• Being snapped up as a youngster for the management training scheme of India’s prestigious Taj Hotel group. 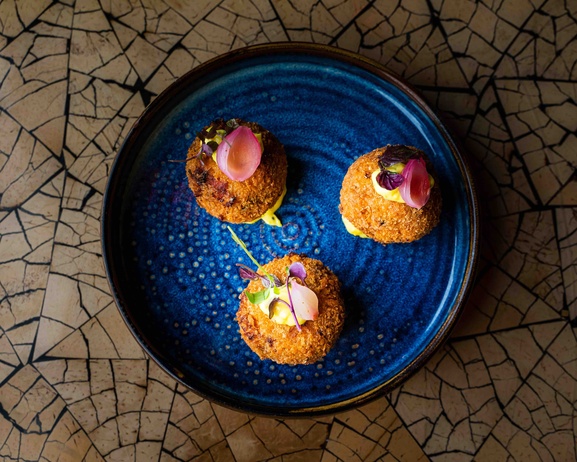 • His inspirational internship at the legendary Noma restaurant in Copenhagen. He has also had Michelin learning stints with Heston Blumenthal at Dinner in London’s Mandarin Oriental Hotel and Raymond Blanc at the Belmond Le Manoir aux Quat’Saisons. Along the way he has been a semi-finalist in National Chef of the Year UK. 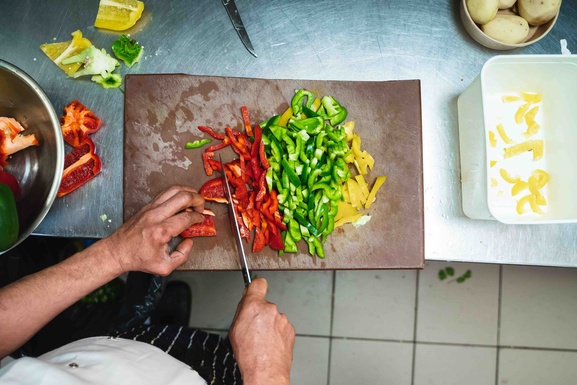 • Making the quarter finals in BBC’s Professional Masterchef 2016, which lifted him back to his native Indian cuisine – in a progressive style. Judges Marcus and Greg couldn’t get their head round Bobby’s purple pancakes!

• Co-ordinating 21 Asha’s restaurants from Dubai before going freelance to pursue his ‘Fine Dining Indian’ personal brand, publishing his own magazine and three cookbooks.

• Now there’s this perfect platform as new consultant chef at Vermilion, creating this flagship menu alongside existing Indian and Thai favourites. He told us: “The MD Manzur Iqbal’s vision clicked with my vision and I felt there would be creative freedom. It’s not about food fusion but paying tribute to the wonderful local ingredients available and creating Indian food that is absolutely my food. Any chef can play it safe, copy. That is not my way.” 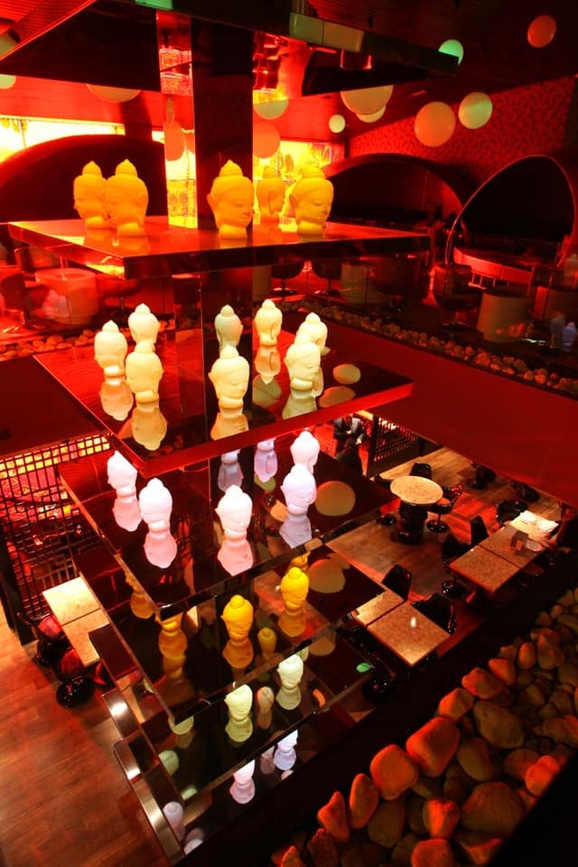 The stage for Bobby’s cooking remains arguably the city’s most glamorous a dozen years after it was launched close to Sport City in Ancoats. Six minutes by taxi from Piccadilly Station and boasting a 300-capacity car park, Vermilion is also home to a 1,500 capacity banqueting operation. Importantly in these pandemic times the restaurant has epic capacity for comfortable social distancing.