SakkuSamba, a restaurant and bar serving a fusion of Japanese and Brazilian cuisine opened with an extravagant launch party this week. 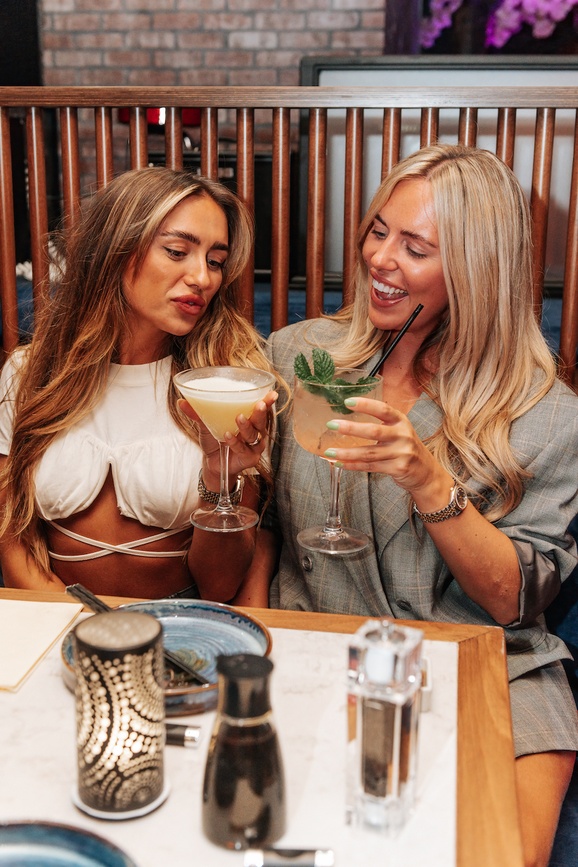 Manchester’s new all-you-can-eat steak and sushi place has taken over the former Artisan site in Spinningfields in a sizeable venue which can accommodate over 400 covers over two floors. It also includes two bars, two private dining rooms, and a separate VIP restaurant. 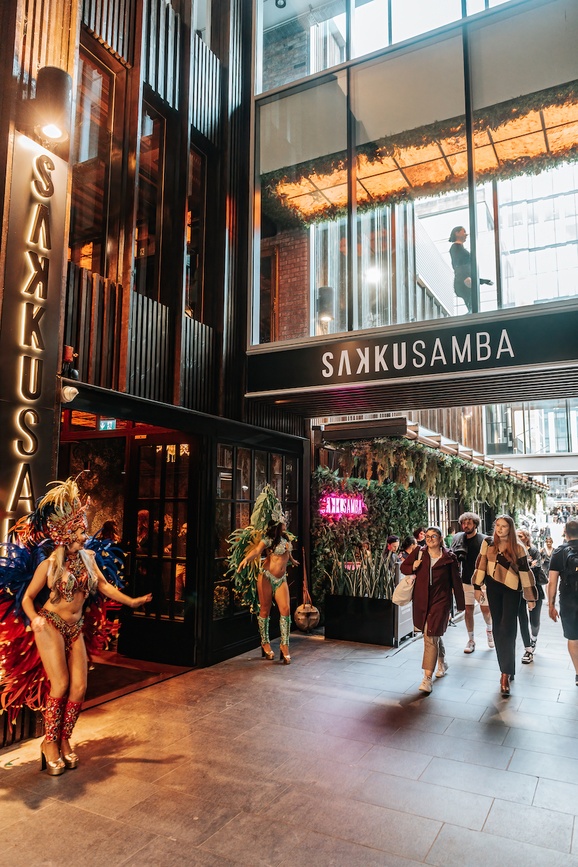 The unique dining concept allows guests to order fresh sushi and traditional Brazilian meats in unlimited quantities via digital tablets placed on each table. With the simple click of a button diners will have access to over 150 varied dishes celebrating the culinary fusion of two cultures. Lunch is available between 12 – 3:45pm at £32.50, with the dinner menu being offered from 4pm onward at £45.50pp.

The extensive menu includes dishes which range from Brazilian picanha steak and pork belly to Japanese hosomaki and fresh sashimi. Guests can order soups, salads, sushi, noodles and fried dishes from the Japanese side of the menu along with a selection of grilled meat including the Brazilian speciality of chicken hearts and its national dish, feijoada, a black bean stew with meat and sausage.

Nods to both cultures have been woven throughout the unique cocktail menu too and there’s a separate Brazilian Caipirinha bar downstairs.

Although this is restaurant owner Zack Isaak’s first Manchester based business, his hospitality portfolio also includes SAKKU and Fléur restaurants in Leeds restaurant as well as Estábulo rodizio bar and restaurants across Yorkshire and Norwich. He is also behind Caffé Noor in Wakefield which donates its profits directly into local community supporting organisations, a similar model he hopes to replicate in other UK cities.

“SakkuSamba is all about creating an incredible dining experience,” says Zack regarding his new Manchester concept. “From the moment guests walk through the doors, to the minute they leave they’ll be blown away by our stunning decor, unique cocktails, beautiful menu and high end service.

“We wanted to come to Manchester with a bang... SakkuSamba is set to become the go-to place to dine here in Manchester.” 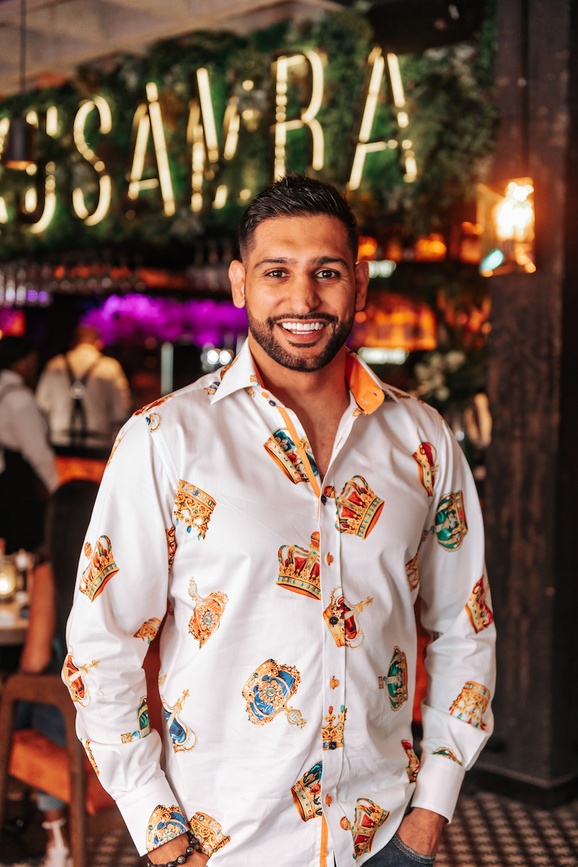 But it’s not just the launch evening that will see the restaurant make its mark in Spinningfields as there will be appearances from DJs and performers every. 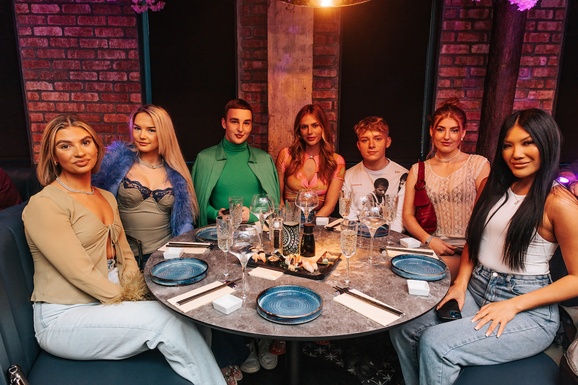 SakkuSamba will be open for walk-ins from Wednesday the 27th of July and bookings can be made online now for the 1st of August onwards. 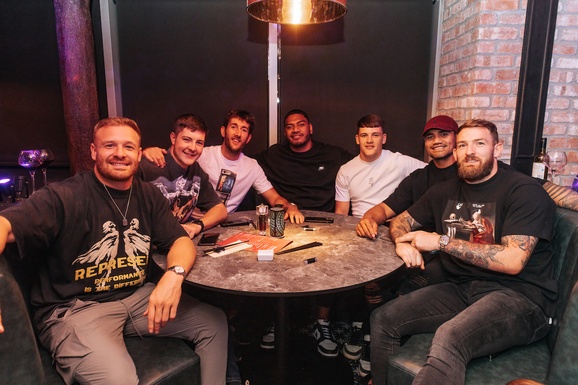 Also read: WHAT TO ORDER FROM NAM'S NEW VIETNAMESE MENU