Black Leaf is one of Manchester vegan community’s best kept secrets. Although the city isn’t short of fantastic plant-based places to eat, the subterranean kitchen underneath Northern Quarter neighbourhood hangout Alvarium is one of a kind. 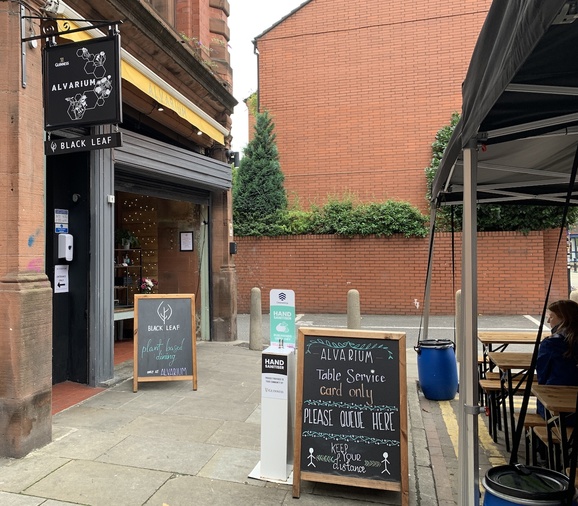 Head chef Grace Stubbs leads an all-girl team of chefs, all still in their 20’s, creating tasting menus and delicious meat free a la carte dishes. She only started working there in May, beginning with a trial shift, then as sous chef and eventually taking over from the previous head chef Adam Levy who wanted a change of lifestyle. 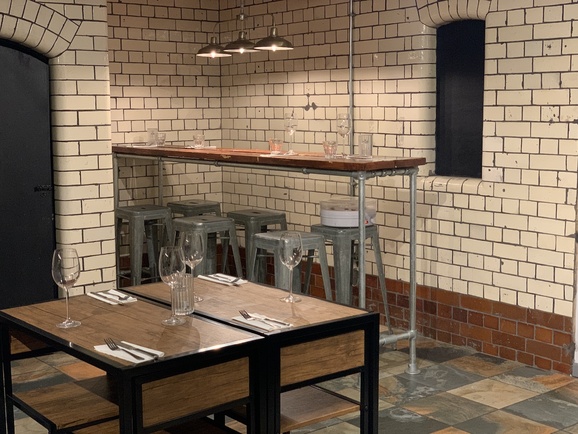 So how is she putting her own stamp on the menu?

“My style celebrates ingredients for what they are instead of trying to make them into something else. This restaurant has always been seasonal. We had an a la carte menu in spring and now we’ve done a summer one. Then we’ll be changing the menu again at the end of September.” 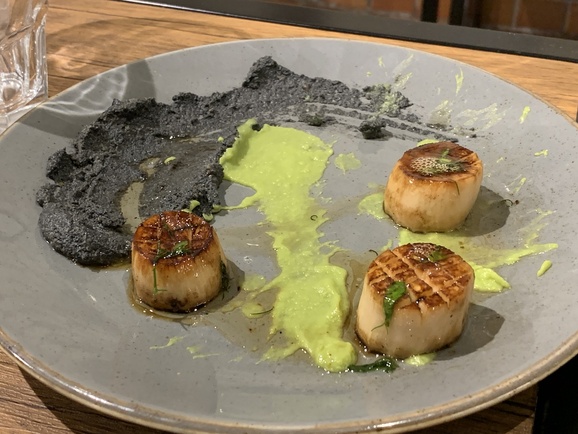 ‘Seared scallops’ remain on the current menu as one of Black Leaf’s most popular starters. It’s a clever dish made using the fat stalks of king oyster mushrooms which are crisscrossed and seared. They’re served with a smear of ‘black mud’, a paste made with tofu, black beans, herbs and spices, and a vibrant garden pea puree.

Would Grace describe Black Leaf as plant based fine dining?

“Fine dining can sometimes have not the best vibe around it,” she says. “People don’t always feel comfortable with what they’re eating or feel massively full when they leave a restaurant.

“Comfort food is my background. I’m trying to bring an element of home cooking here. It’s not about pulling your chair out and putting your napkin on, it’s just a slightly more upmarket style of vegan food.” 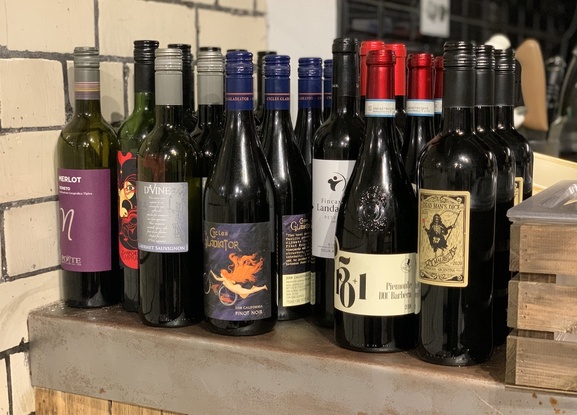 Vegans in Manchester are spoilt for choice. Just a stone’s throw away from Black Leaf and Alvarium in the Northern Quarter there’s Purezza for plant-based pizzas and V-Rev for ‘dirty’ vegan street food.

“The junk food game for veganism in Manchester has absolutely hit the roof,” Grace admits. “But I don’t feel like there’s anywhere else doing a really nice a la carte menu with nutritious enjoyable food that hasn’t all been deep fried.” 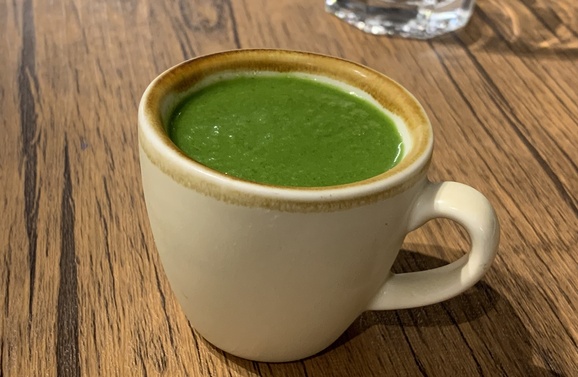 After a zingy spinach and cucumber gazpacho, we tried spanakopita with layers of golden and purple beetroot and homemade ‘feta’ flavoured with red onion, garlic and thyme. “This is a really simple dish and the colours are just amazing” says Grace as she puts it on the table with a side order of chimichurri potatoes. 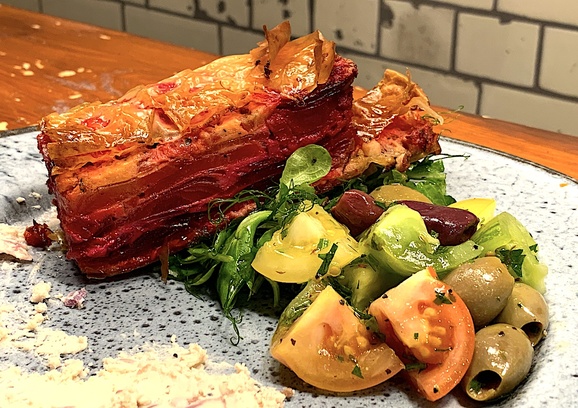 The plant-based feta really does have that unmistakeable acidity and it works well against the earthy, sweet beetroot and the crunch of the filo pastry. A great vegan dish which represents all that comfort and seasonality Grace mentioned.

“I make a lot of substitute cheeses from tofu flavoured with things like nutritional yeast, herbs, spices, lemon and seasoning,” says Grace. “Our ‘mozzarella’ bites are made with silken tofu and I make the feta with extra firm tofu. I don’t think I’ll ever stop learning as a chef, which just keeps me on my toes.” 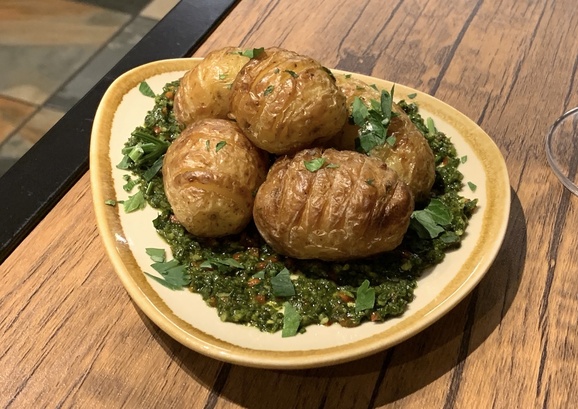 There is no doubt that this kind of food has mass appeal. Do they get many non-vegan customers?

“Lots of our family and friends have come and not all of them are vegan,” says Grace. “We have people who really enjoyed it and then they tell all their friends. But we really would like to get more non vegans through the door though just to show what can be done without meat or dairy.” 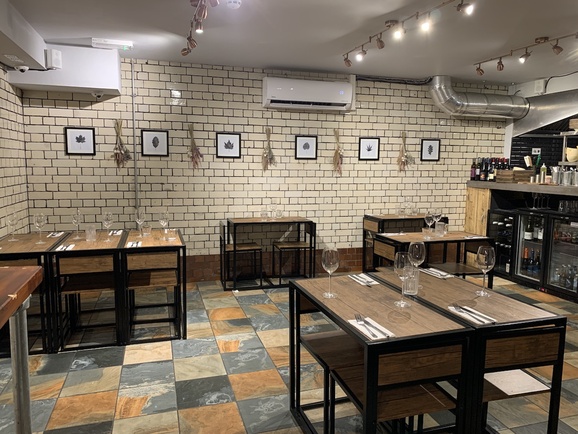 What made Grace decide to go vegan? 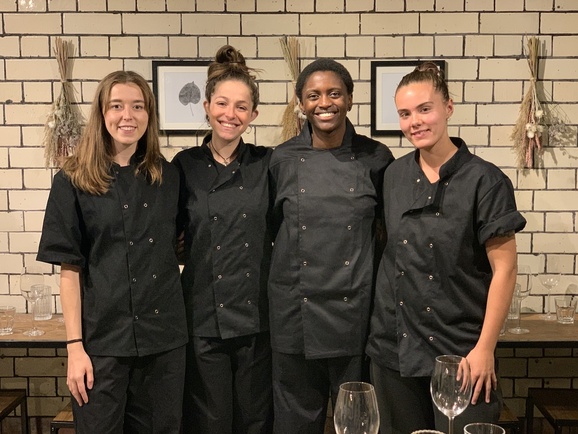 After working for a period on her own (as Alvarium and Black Leaf did not get much chance to open over the past year) Grace was soon joined by Jennifer Unsworth, a vegan chef who was looking to move from Chorley and sent them an email to ask if there was anything available.

Ngwafu Tansie, who works part time, met Grace through a friend of a friend. She has her own vegan African takeaway with a pitch at Grub. Finally, Abigail Rudkin sent in her CV and the team was complete.

“There’s such a nice vibe in the kitchen,” says Grace, “because they’re all really passionate. One of the desserts is completely Jens, another is Abi’s. Ngwafu had a lot of input in the main courses. There are flavours that she brings that I have never cooked with before, so we can all just learn and grown from our different experiences.” 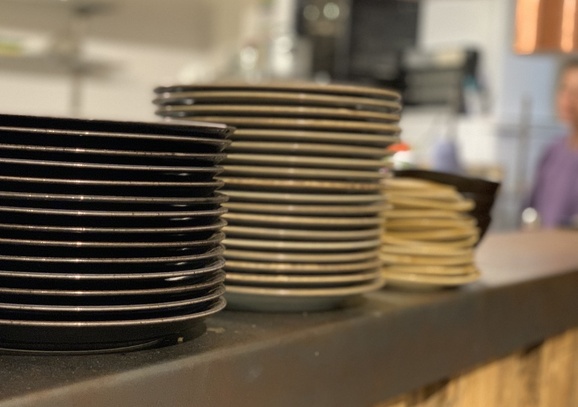 Black Leaf’s new six course tasting menu has just been launched with unlimited house wine. It’s £45 per head and each table is allocated a two-hour slot. The theme is based on a British Garden Party, “so there’s lots of Pimm’s on the menu,” says Grace, “plus strawberries and lots of other fresh seasonal stuff that I haven’t managed to squeeze onto the a la carte menu will be the heroes.”

Alvarium is open seven days a week from 12 until last orders at 9.30pm.