Independent Manchester brewery Track opens the doors to its hotly anticipated new Taproom on Friday 1st October. The new taproom is one of only a handful of Taprooms in the UK where you can watch the entire process from grain to glass with a beer in hand.

Drinkers can enjoy 20 lines of Track’s freshest beers, with three lager taps, 17 draught taps and 3 cask pumps on offer in touching distance from where they are made. These include Track’s signature Sonoma pale ale which will be served alongside guest beers from some the world's leading breweries and a rotating German classic line. 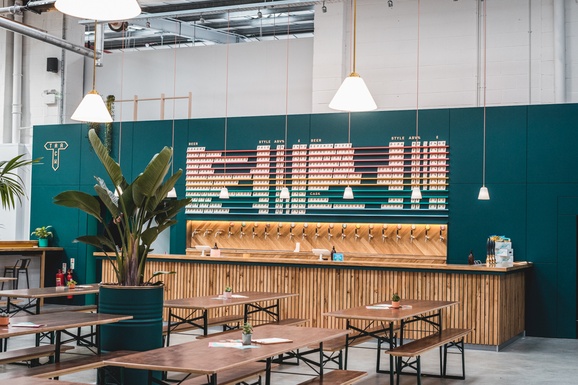 The 2,000 sq ft Taproom, designed by On The Brink Studios x MikeSian Studio in collaboration with designer AH Creative, is an integral part of Track’s 10,000 sq ft new home at Piccadilly Trading Estate, which will allow Track to triple its brewing capacity and improve production. 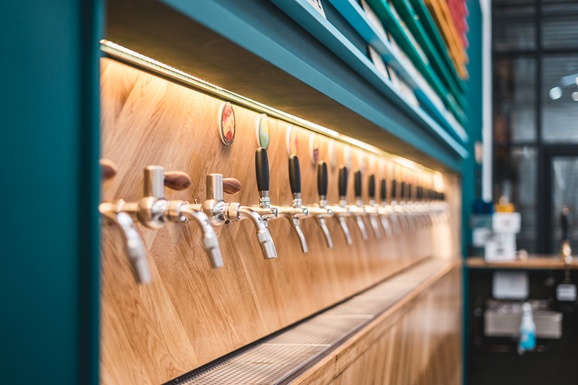 The dog-friendly Taproom which sits right beside the brew kit offers seating for 80 (with an overall capacity of 120) and a rotating food residency - the first of which are handmade Indian curry pies from Patel’s. Customers will also be able to purchase a range of Track merch including t-shirts, tote bags, digital age prints and caps. 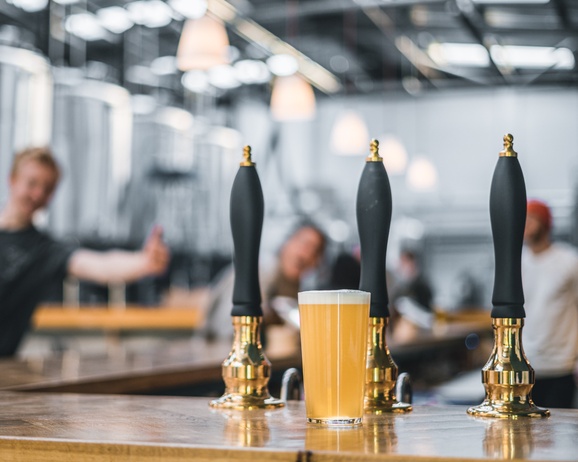 The original idea for Track formed while owner Sam Dyson cycled round the world in 2008 and Track’s expansion and opening of the Taproom in 2021 is the culmination of years of exponential growth for the Track team. Sam’s visits to small taprooms and breweries left a lasting impression, so he returned to the UK and threw himself into the beer world. Sam gained brewing experience in London before returning to his home in the North West and settling on a small unit under the arches at Manchester Piccadilly where Track was born. 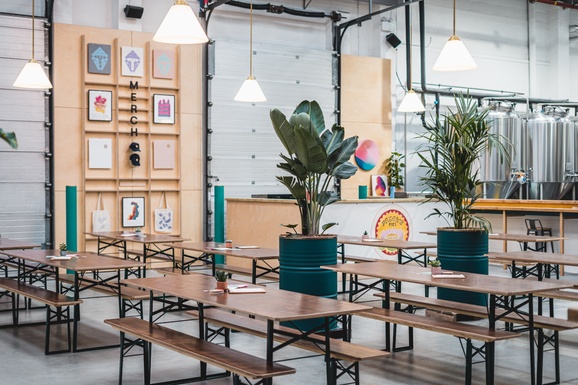 “We spent a lot of time searching all over Manchester for a location where we could expand production and build a Taproom that we’ve be dreaming of since the beginning,” says Sam Dyson. “Track’s Taproom has had many iterations over the years, from late night parties under the arch, a pop up in Crusader Mill, a little guest spell at Cloudwater’s Unit 9, but nothing that's truly felt like home until now. A lot has happened since the inception of Track, our team has grown and our brewing capacity has increased, but the heart of it remains the same - to produce beers to take you on your own journey.”