The new Treehouse Hotel Manchester is due to open early in 2023 taking over the former Ramada Renaissance site on Deansgate which is currently undergoing a £200m redevelopment.

Treehouse Hotels are part of SH Hotels & Resorts who operate a strong portfolio of exclusive destination spaces in North America, Asia Pacific and Europe. Treehouse Manchester follows the success of Treehouse London on Langham Place and will be only the second hotel in their UK portfolio.

Treehouse Hotels’ have been designed to appeal to the youthful spirit in all of us and inspired by life’s joys. They are relaxed spaces with quirky details and top-class service.

Treehouse Hotel Manchester promises three unique new dining and drinking experiences including a top floor restaurant and bar with uninterrupted views of the city, and a crowning rooftop bar and terrace. 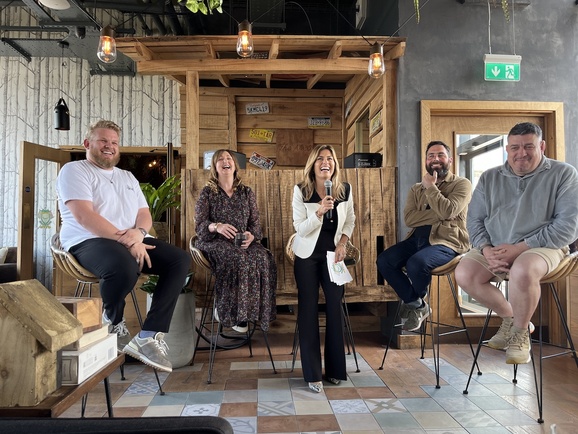 The team were very keen not to take an existing London concept and just plonk it into another city as they know that one size does not fit all. Instead, they’ve drafted in an elite selection of some of the North West’s most celebrated chefs and restaurateurs to lead the culinary charge – Mary-Ellen McTague, Sam Grainger, Luke Cowdrey and Justin Crawford

Mary-Ellen McTague will be curating the offerings on the ground floor of Treehouse Hotel Manchester with a menu based on seasonality and sustainability.  Co-owner of The Creameries in Chorlton, McTague will also be overseeing the banqueting and catering side of the operation. 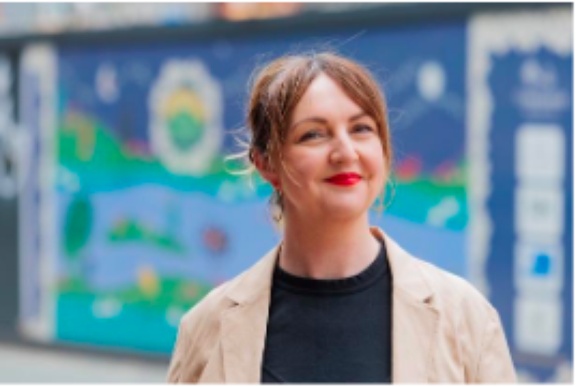 A true pioneer in sustainable kitchen practises over the last six years, Mary-Ellen will bring this ethos to the venture with a zero-waste focus and her modern twist on traditional cooking techniques. The all-day menu will utilise seasonal produce sourced from local farms and will include fresh pastries and hot and cold sandwiches to grab-and-go or eat in. There will also be a carefully crafted biodynamic wine list and many other aspects to be announced.

Sam Grainger, chef owner of Liverpool’s critically acclaimed Belzan and Madre restaurants, will be the mastermind of the hotel’s 14th floor destination restaurant and stand-alone bar. As a natural collaborator, Sam has also recently opened Carnival at Escape to Freight Island with ethical butcher Richard Turner. Sam is known for his ability to produce punchy and delicious flavours using British produce interwoven with Japanese, European and cutting-edge Mexican ingredients and techniques. For Treehouse Manchester, his menu will be inspired by elevated South East Asian influences. 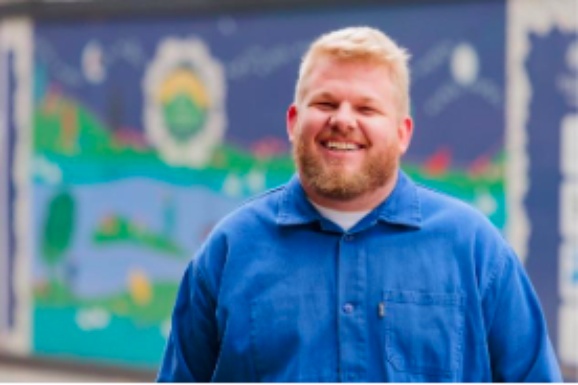 Sam has developed a pan Asian restaurant Influenced by the melting pot of cultures in the major South East Asian cities Singapore, Bangkok, Kuala Lumpur and Hong Kong. An eclectic menu of dishes will be served family style with bags of flavour and character. On the menu are delicious dishes such as Grilled rib eye, bone marrow teriyaki and fresh peppercorns, roast monkfish tail with garlic, sake and mirin, Smoked duck and snake bean salad. 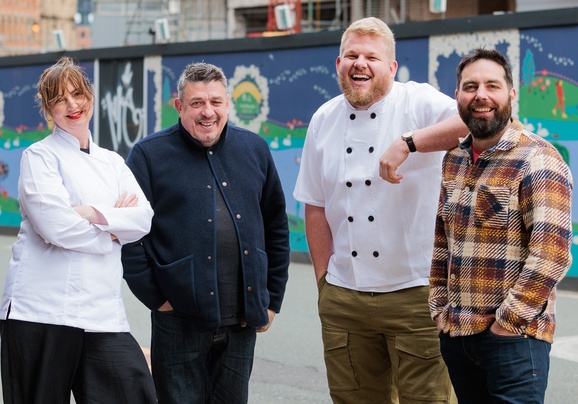 Sam was brought on board by ex-Refuge curators, Luke Cowdrey and Justin Crawford after working together at Escape to Freight Island. Luke and Justin began their path in the suburban hotspots of Didsbury, with Volta and Chorlton with Elektrik. Now North-West powerhouse restaurateurs, the pair went on to open The Refuge by Volta at The Kimpton Clocktower Hotel) formerly The Palace Hotel. The resulting success helped lift Manchester’s reputation for an exceptional dining experience and changed the perception of hotel bars and communal hang out spaces. As well as partnering with Sam Granger to work on the food and beverage offering, they will also curate the music program of the 14th floor restaurant, as well as events and exhibitions in the Rooftop bar and the ground floor restaurant. 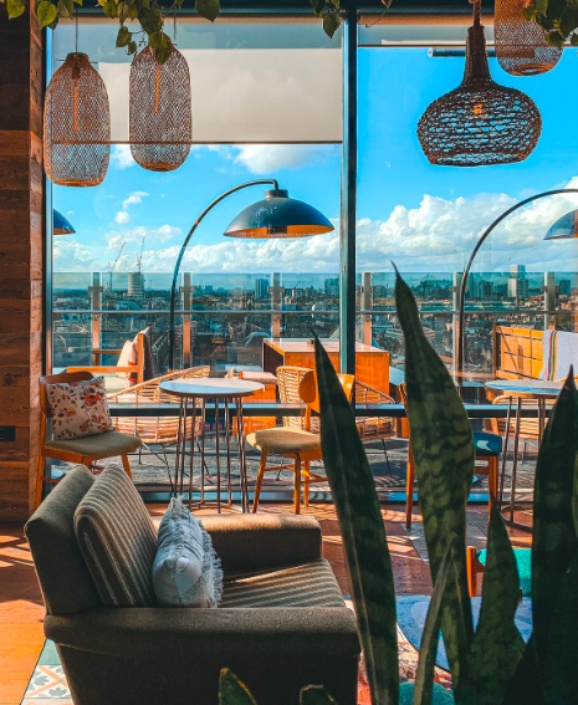 The new 216-room Treehouse Hotel will incorporate organic aesthetics to create a comfortable oasis and playful rooms encouraging guests to relax and have fun. There’ll be an abundance of dappled light effects and the natural scent of pitch pine. Other thoughtful design details will include playful hopscotch carpets; stepping-stones in lift lobbies; custom-designed space hoppers in the hotel gym, and an invitation for visitors to carve their stories into a central living wooden art piece that will grow over time.

More details will be announced later in the year.

Also read - What to order at The Alan Hotel