ONCE upon a day breakfast in the Northern Quarter invariably meant a bleary fry-up in the Koffee Pot. That’s still a well-priced option, even though this institution has moved around the corner into Oldham Street and expanded its horizons with those new-fangled card payments, table service and, even toilets

Still it is a brave soul, who would tackle their £12 ‘Floppers Breakfast’, featuring TWO of all their Full English components plus fried spam and mushrooms. Haddock rarebit would be our choice.

These days, though NQ rivals (and not just the burgeoning coffee house scene) are competing for the breakfast trade. Both veterans Odd and newcomers Tariff and Dale offer their versions of the ‘start to the day’ until 4pm! 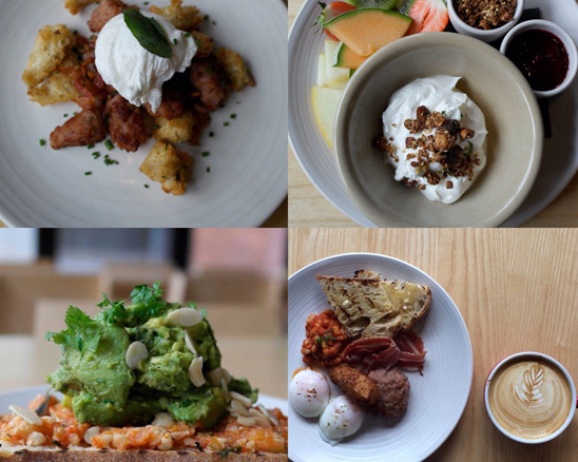 You’ve got be quicker to catch brekkie at Common. By 2pm you’ve lost your chance, though the new-look open kitchen, part of the major re-design, offers an attractive if unambitious bar menu all day. TOM road-tested their breakfast at a moderate 12.30pm, allowing an accompanying IPA not to feel so decadent. I also enjoyed a cup of the bar’s much-improved coffee, which they now source from Workshop roasters in London’s Clerkenwell, specifically their lovely Cult of Done single origin espresso blend. 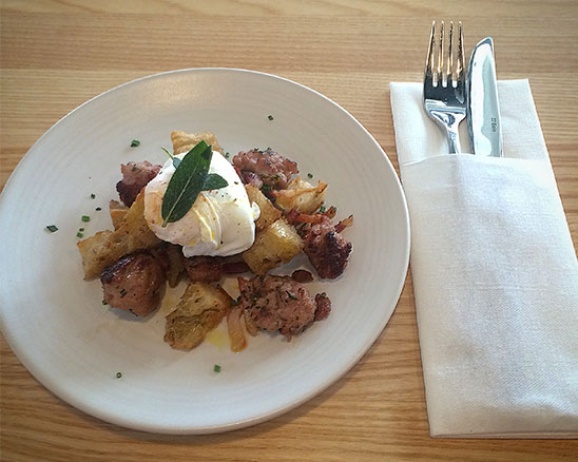 The food didn’t quite live up the coffee hype. Neither my companion nor I are fry-up fans, so can’t judge Common’s. I got bacon, quite fatty bacon, instead of expected ham, on my Egg Benedict and it spoiled it for me. I’d also prefer a muffin instead of sourdough toast. Poached eggs here and across the table accompanying smoked salmon and asparagus (surely out of season by now?) were exemplary, though.

Nicest dish was our extra one, the vegetarian Shak Shuka (main picture, at £5.50 a quid cheaper than our mains), a small sizzling skillet of  tomato, peppers, eggs and sour cream, a piperade by any other name. Lighter alternatives include fruity porridge and granola or smashed avocado on toast. 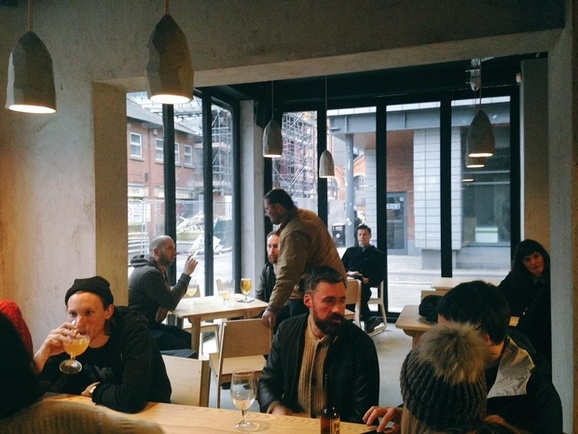 Common are obviously keen to promote the breakfast, offering 30 per cent off until the end of July, midweek only before 12pm.

Not to be outdone, Odd, with their own new food menu, are offering 50 per cent off all nosh all day on Mondays, including their new breakfast burgers, while at weekends they roll out their Morning After The Night Before breakfast club (Sat and Sun, 11am-2pm). Breakfast is big business for small businesses these days.