IT arrives as a separate A5 sheet, the Dishoom vegan menu. One side says ‘Breakfast’, the other ‘Lunch and Later’. The first offers scrambled tofu and soy keema as alternatives to egg  and minced lamb respectively while a ‘Beyond Sausage’ naan roll promises to replicate the Bombay-inspired restaurant group’s legendary bacon flagship dish. It can’t.

Turn over and meat-free alternatives are banished. On offer the kind of dishes Mother India exists on. In the case of millions it’s the mother of necessity. Pulses, rices, potatoes, greens, given excitement by chilli, ginger, garlic and spices. 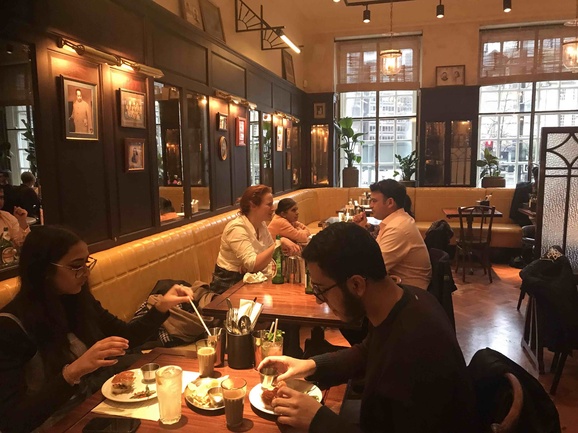 Lunching at Dishoom Manchester to gauge their plant-based offering, we have to swallow disappointment at the absence of perennial favourites that sound like they ought to be vegan – the wondrous 24-hour seethed house black daal or the biryani, jackfruit substituted for lamb or chicken. We suspect yoghurt, pariah dairy, may be involved.

We order eight dishes, ranging in price between £3.20 (steamed rice) and Chole Puri £10.50 (Chole Puri). Dishoom always get their price points just right. As it turns out the rice was redundant – we had over-ordered. Only because we fancied most of the menu. Trust me, that’ not the case encountering habitual vegan options. 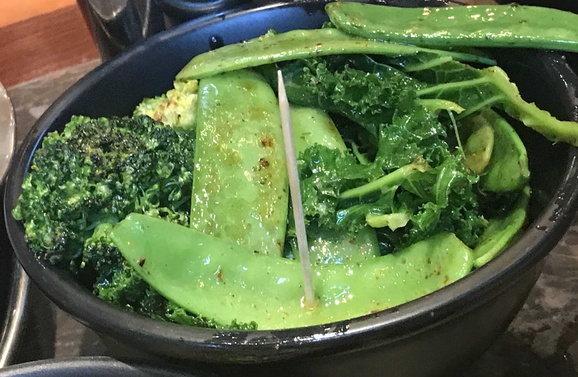 Let’s get it straight unless you’re in thrall to pretend meats, Quorn, seitan and the like, you want to be focusing on a spicy veg-led diet. Cooking at home to honour Veganuary, ToM has time and again turned to the Indian and South East Asian plant-based dishes espoused in the books of Chorlton’s own Jackie Kearney and Guardian columnist Meera Sodha.

Still, navigating the incense-spiced lobby of Dishoom into the glorious front dining room it was hard to resist a pang for the resisted pleasures of lamb boti kabab and chicken ruby murray.

We’d even chosen to follow the Dry January mantra of Teetotal Tipples – an equal mortification when you consider how fine the ‘Permit Room’ cocktail list is. Hence Virtuous Tulsi (whisky-free) Sour and Dry Old-Fashioned, minus the Woodford Reserve, big on smoked demerara, orange bitters, cayenne and orange peel. Without the booze, just £6.50 a sweetish shot. Posing the question, why Veganuary and Dry January when we need meaty substance and hard liquor the most? 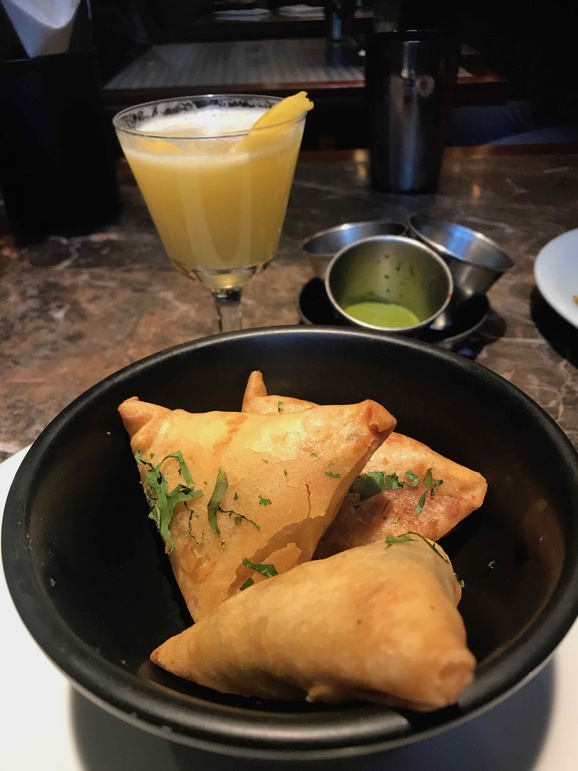 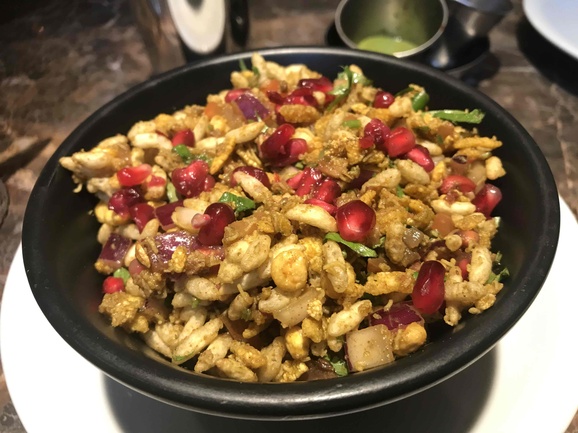 Our starters were all dishes we’d order off the main menu – samosas (£4.20), the pea and potato filling heady with cinnamon and clove, okra fries (£4.70), dusted with kala namak and amchoor we guessed the equal of Bundobust’s feisty take on ‘ladies’ fingers’, and the Bhel (£4.50), with its addictive cold crunch of puffed rice, Bombay Mix and deep-fried chickpea noodles, given the genius tempering of lime, tamarind, mint and more.

When the Chole Puri arrived, we shovelled the Bhel residue onto the plate. Scooping tart chickpea curry and the contrast of sweet halva into the puffed up puri bread, the Bhel adding that crunch. 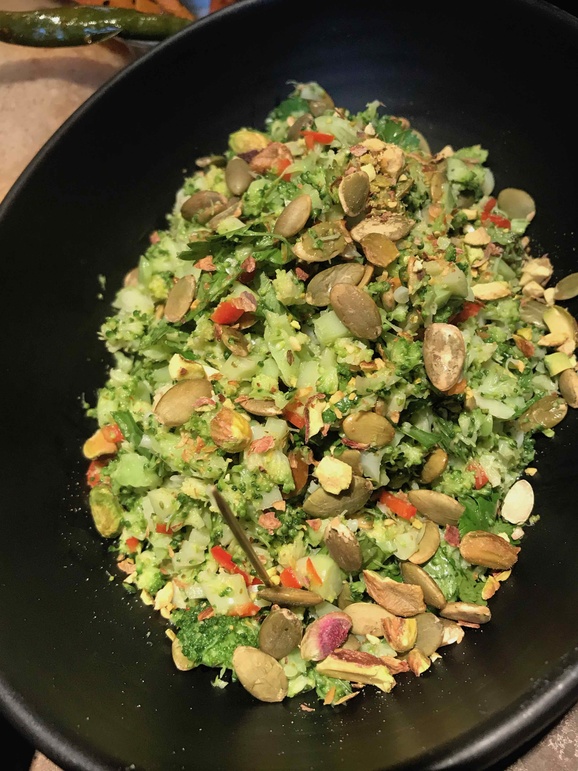 We decided next to overdose on greens. A simple bowl of kale, snow peas and broccoli tossed with chilli, lime and butter is a main menu side for £3.90. Here olive oil replaces the butter to give it vegan cred. Our second main, chilli broccoli salad (£9.50), was basically the same dish supercharged. Pistachios toasted, mint shredded, pumpkin seeds and dates  gave it a different dimension. Who was missing meat by now? 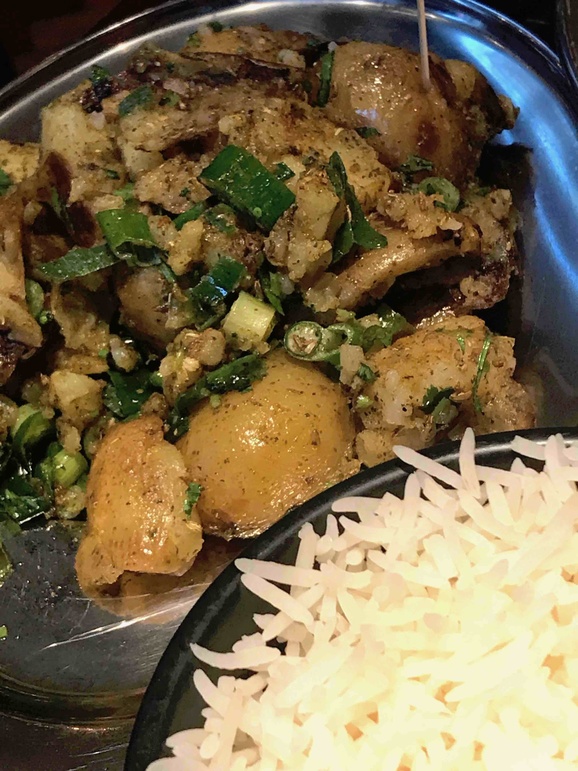 Butter and raita were omitted from the standard gunpowder potatoes (£6.95), whose smoky herby carbs were too alluring for the rice to be needed. We’d only ever had them before as a side to dark spice and ginger marinated lamb chops. A moment of grill envy then? Yes, but even though we’ll order them again come February, the vegan menu, restricting as it may be, is delivered with typical Dishoom panache. Veganuary doesn’t have to be a penance in this Indian pleasure palace.

Dishoom, Manchester Hall, 32 Bridge Street, Manchester, M3 3BT. 0161 537 3737. Open from 8am on weekdays and 9am at weekends. As a souvenir purchase one of ToM’s cookbooks of the year, Dishoom ‘From Bombay With Love’ (Bloomsbury, £26), social history married to recipe secrets. It will have you scouring the web for air tickets to Mumbai.