FIVE years have flown by since a ToM expeditionary force returned from London after experiencing three different Hawksmoor venues and meeting co-founders Huw Gott and Will Beckett. Rarely have we been so enthusiastic about an imminent arrival in Manchester…

“I think we’ve got a grasp of the concept, which works wonderfully with no noticeable weak link. And we’re not just saying that because they lavished their full range of steaks and cocktails on our party. The offering is stunning and there was no indication (a lack of commitment to oysters aside) that there’ll be any “dumbing down” in the foray north. 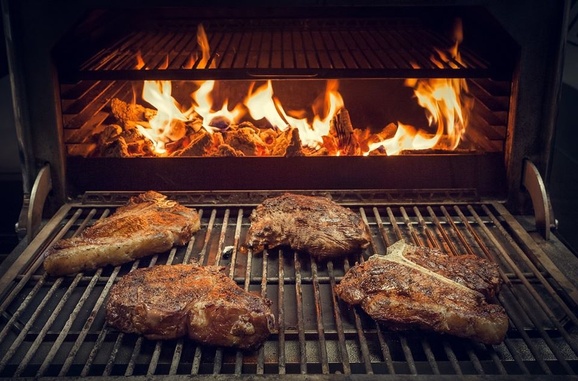 Will Beckett told us: “It feels great, after years of trying to open a restaurant in Manchester and months of building works, tastings and anticipation to be finally on the verge of launching the restaurant. We really hope Manchester likes what we’ve created – really high standards of food, drink and service, but in a relaxed environment with none of the stuffiness that sometimes comes with fine dining.”

At that time they’d just opened their fifth London venue, Knightsbridge, since when they’ve landed in Edinburgh, too, and rather daringly, crossed the pond to New York, where Hawksmoor NYC is finally set to open.

Proof they haven’t taken their eye off the ball in Manchester was last week’s parade of fifth birthday events at the Deansgate restaurant/bar. If, like us, you missed those there’ always the Hawksmoor Classics menu running until the end of March, showcasing dishes, drinks and people central to Hawksmoor over the past decade. It costs £70 a head, £95 with wine pairings, which we took.

It’s a bit like catching up with an old flame; would there be the same spark? Fear not, we were truly smitten all over again. Even if our beloved Gloucester Old Spot Pork Belly Rib, an early signature dish, wasn’t available the lunchtime we revisited.

In its place an intense deep-fried short rib, essentially a bar dish. Accompanied by Hawksmoor’s own tomato ketchup, it has a rare depth of flavour. A beef carpaccio liberally dressed with parmesan shavings and olive oil and scallop with white port and garlic also make it to the table. 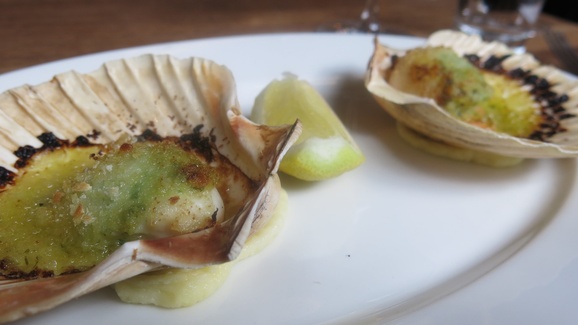 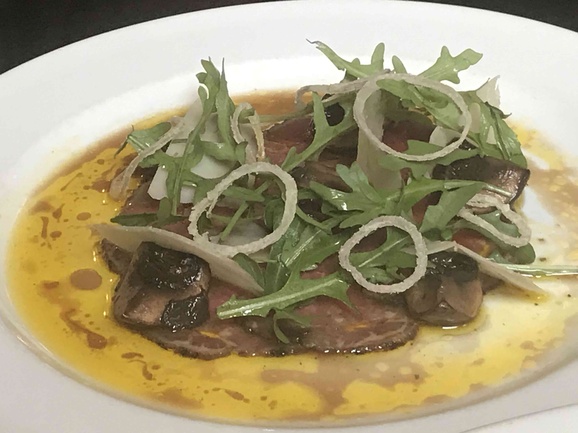 Fans point out Hawksmoor is more than just a steakhouse but you’d be mad not to order beef, grass fed, dry aged for 35 days. There are spectacular cuts, the porterhouse in particular, ordered by weight but the 300g fillet and 350g ribeye we shared from the Classics menu lose little in comparison. They came with a booster shot of bone marrow (the bones from which went home in a doggie bag), triple cooked chips (2006), our fave creamed spinach (2006) and a quartet of sauces, foremost among which was Stichelton Hollandaise (2011). 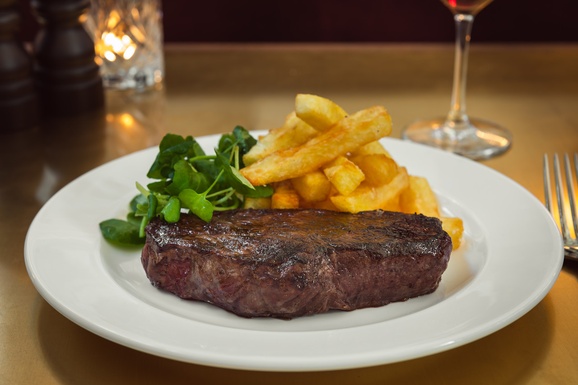 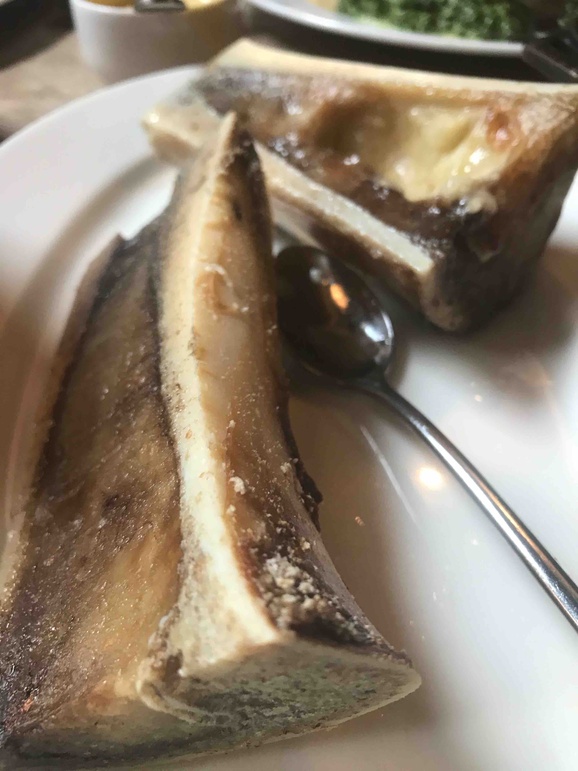 We loved these dates of creation and wondered which good ideas at the time fell by the wayside. The decade-old sticky toffee pudding with clotted cream never should. It’s our main picture because it’s a thing of beauty. We’ve never quite been so enamoured with the Rolo homage, Salted Caramel ‘Tribute’ but, boxed up, it joined the doggie bag as a memento of  splendidly nostalgic culinary tryst.