LAST supper? Why, even a low-key Monday lunch can turn into a near religious experience given the right ingredients. The new Salvi’s in the Northern Quarter is on a corner site, big on windows, so when low mid-afternoon winter sun suddenly floods the wedge-shaped dining room our bowl of Pasta Nonna Teresa glows as saintly as stained glass.

Would it be heresy to say it tastes as heavenly as it looks? It’s a dish Salvi’s owner Maurizio Cecco inherited from his grandmother Teresa and its (£13.50) combination of pesto, pistachio and pancetta is a rich smack in the tastebuds. Which is appropriate since the thick pasta tubes they flavour are Paccheri, whose name derives from Neapolitan patois for slaps – the noise you are supposed to make while enjoying it. 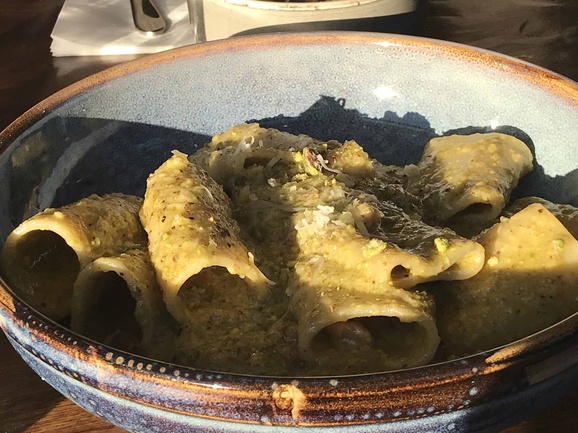 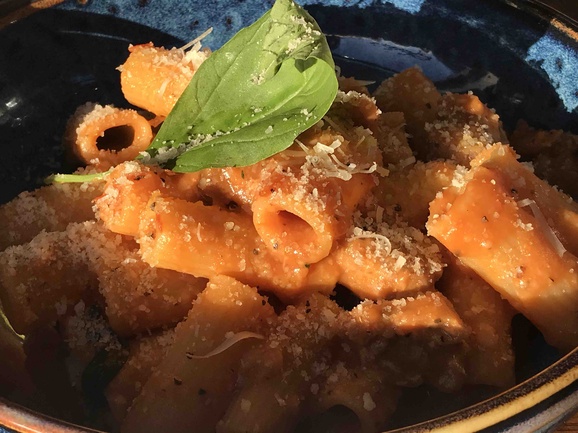 Everything family-run Salvi’s does is a love letter to Naples and the rich raw materials of its Campania hinterland. Rome may be the spiritual home of Rigatoni, another pasta tube that’s narrower and ribbed, but stuffed with fennel sausage and subject to the same ethereal illumination it too radiates the magic of the Mezzogiorno.

Salvi’s, of course, is something of an indie institution with its locations on John Dalton Street and in the Corn Exchange plus its curation of the annual Festa Italiana. Deli-based authenticity is it calling card. Yet it is so easy to take all this for granted. Excitement was muted for this latest outpost in the aptly named Basil Chambers on the corner of High Street and Nicholas Croft. And yet… and yet it radiates the Salvi’s vibe afresh. 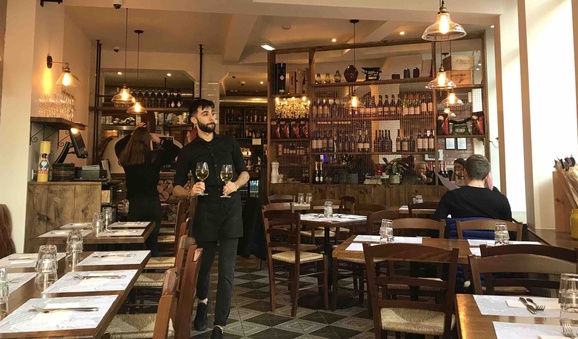 For a Guazzetto fish stew to share (main image, £20.95) we forsook fellow local whites, Fiano, Falanghina and Greco di Tufo for Piemonte’s Gavi di Gavi (£9 and for a bottle £28). Mussels, prawns, squid and white fish populated a large bowl in a broth rich in tomato, parsley and garlic. Not as teeming with denizens of the deep as the similarly based  Cioppino we scoffed at Scoma on the San Francisco waterfront but the principle was the same – don’t mess overmuch with the freshest fish. 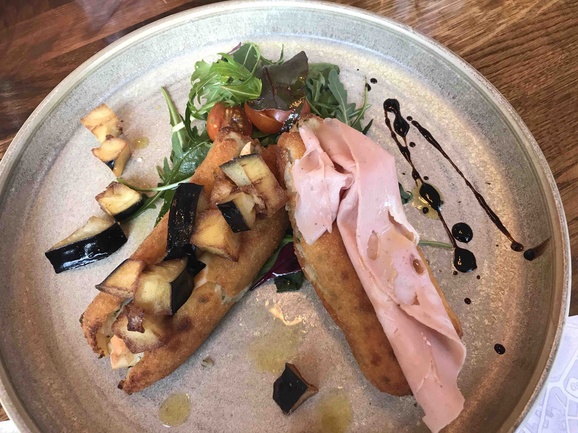 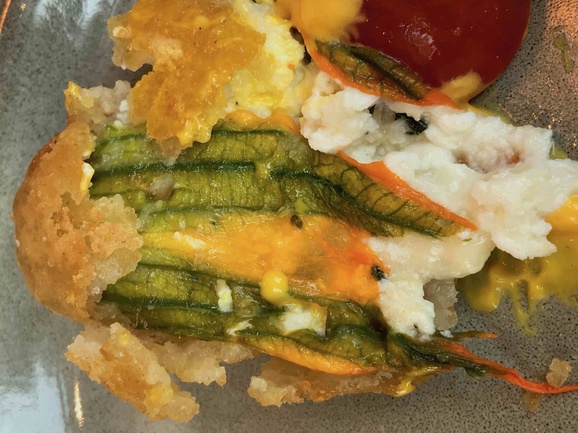 Earlier we had kicked off with croquettes of mortadella with pistachio and aubergine with provolone and mozzarella (£8.95), bur the real treat among the fritti was deep-fried courgette flowers (£7.95) filled with ricotta and provola affumicata (strethed curd cow cheese, smoked), floral and wood smoke in one package. 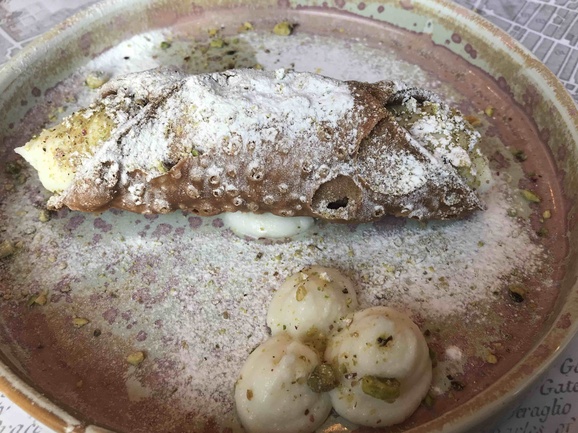 The best cannoli I have ever eaten were in Sicily, better even than Naples, but I don’t want to start a turf war. Salvi’s own example, filled with fresh ricotta was as exquisite as the rest of the offering, the fried dough crisp and savoury sweet.

It was good to see Maurizio cooking at the NQ venue, but he has paid tribute to his head chef Salvatore Angelica, which translates, roughly, as ‘Angelic Saviour’. That sun had vanished by cannoli time and we were in no need of further culinary succour. 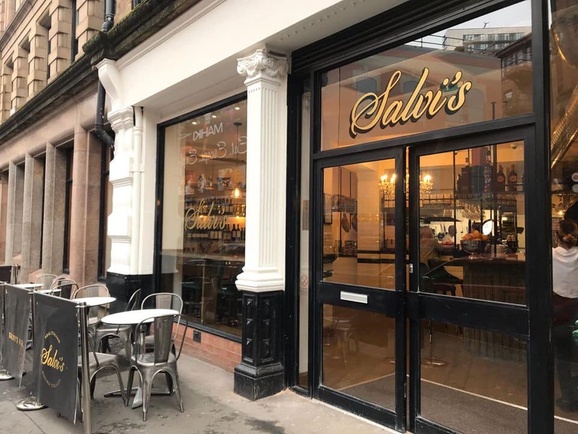 Food for the soul on the way out, though. Inscribed on the wall were the thoughts of Massimo Troisi, star of Il Postino, who died the day after the movie was completed, at just 41. Another Neapolitan, whose history of ill health and heart trouble gave him every excuse to be morose, left these words: "A vita é nu viaggio che prima o dopo finisce...Sorridi spesso… Magnat’ e sold quann’e tien...Fa semp’ chell’ ccá t’é piacé e fá. E nun pensá a nisciun’ !!"

In short, “Life is a journey which sooner or later ends. Smile often…” 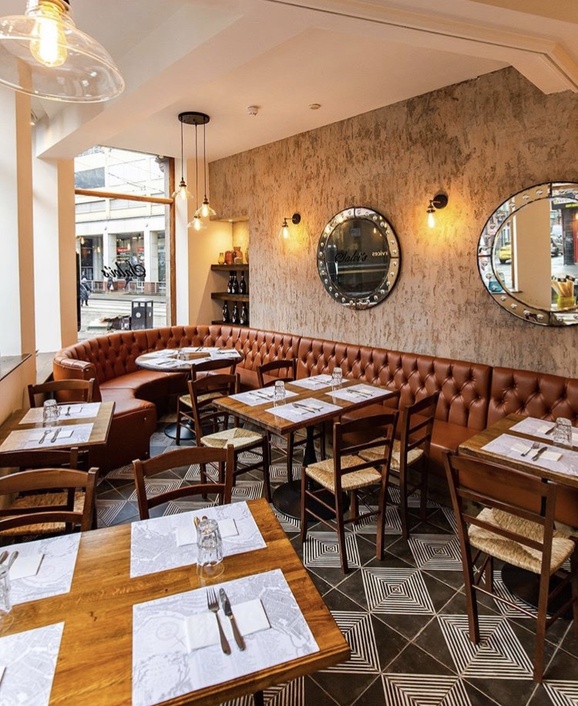 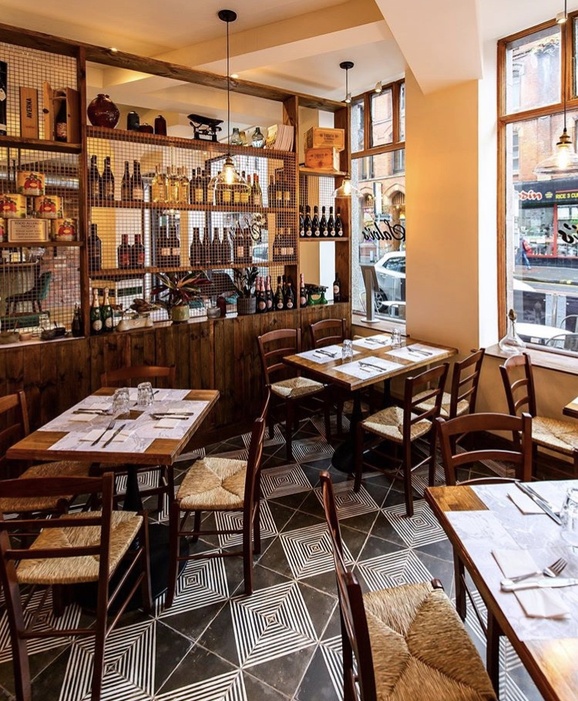 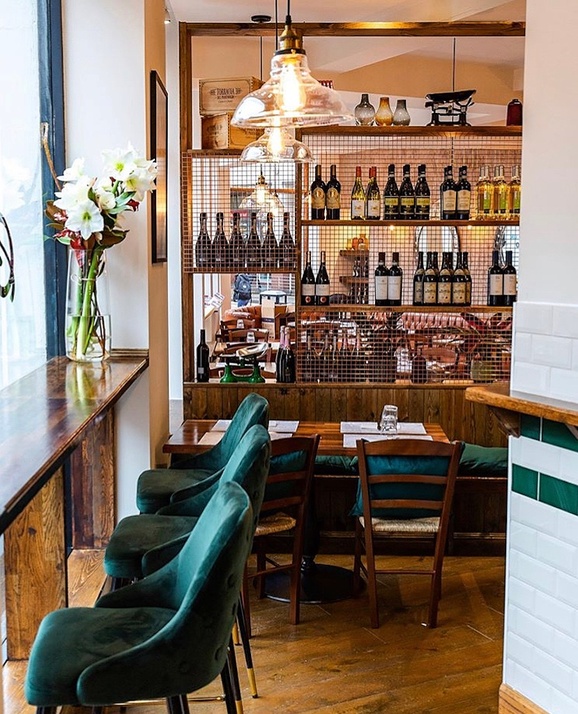