IT is the most expensive single prawn I’ve ever eaten – and the most delicious. A deep-sea Carabinero, so called because the striking colour of the shells matches that of a Spanish policeman’s uniform. In English they are known as Cardinal Prawn or Scarlet Shrimp and they don’t lose that colour when cooked. 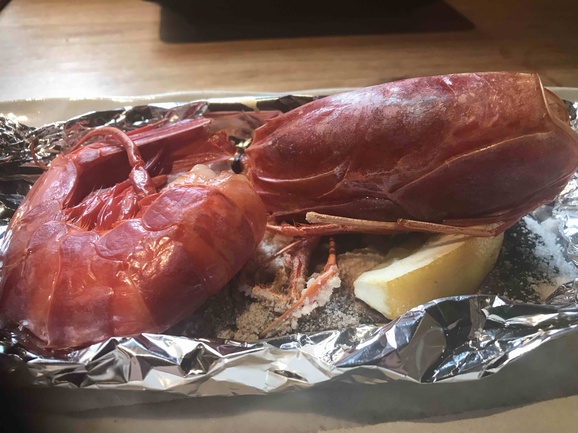 Umezushi have salt grilled the one in front of me and to get most value out of your £20 suck flesh and juice out of every crevice, they say. I’d popped in for a large plate of sashimi and some maki topped with the divinest of king crab but couldn’t resist this special off the board. 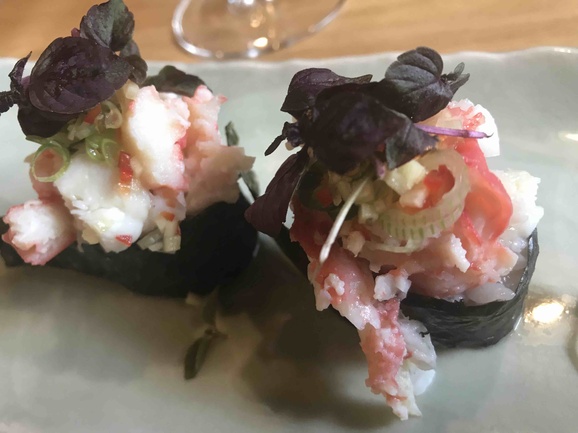 Saturday lunch was so terrific I booked again for the Sunday and, you guessed it, the Carabinero had scarpered off the menu. Life’s fleeting pleasures and all that.

My excuse for such over-indulgence was to check out the progress of Kitchen In An Arch, which is what it says on the tin except Umezushi’s ultra fresh fish is not the kind that comes out of  can. 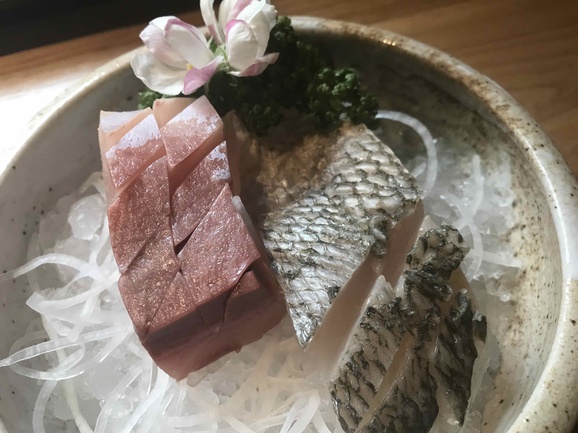 The new, partially crowdfunded KIAA project is across from their original railway arch home in Mirabel Street, near the Arena and Victoria Station. The plan is for a Japanese deli and shop for all your sushi making needs, selling the sashimi-grade seafood, and ingredients that are used in the restaurant plus providing cooking classes to help you get it right. Scheduled for May, it is a few weeks behind, exec chef Omar Rodrigues tells me. 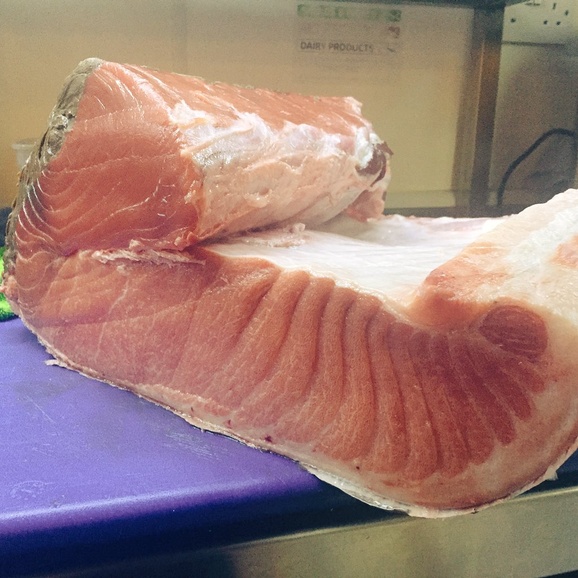 This is a very serious spin-off. You only have to check out their Twitter feed @Umezushi_M31PJ  to see them posting a sourcing certificate for their latest sustainable bluefin tuna (pictured above) or mentioning that another special, Japan-sourced madai red sea bream, had been despatched via the humane Ike-Jime process, which “ensures a sweet taste when seared over extremely hot charcoal to achieve a soft, charred skin.”

But back to that Carabinero. The taste was remarkably intense, far beyond most lobster you get. On that first visit I left it till last; on the reprise that honour went to the king crab gunkan (£10), topped with the sweetest of imaginable white meat. 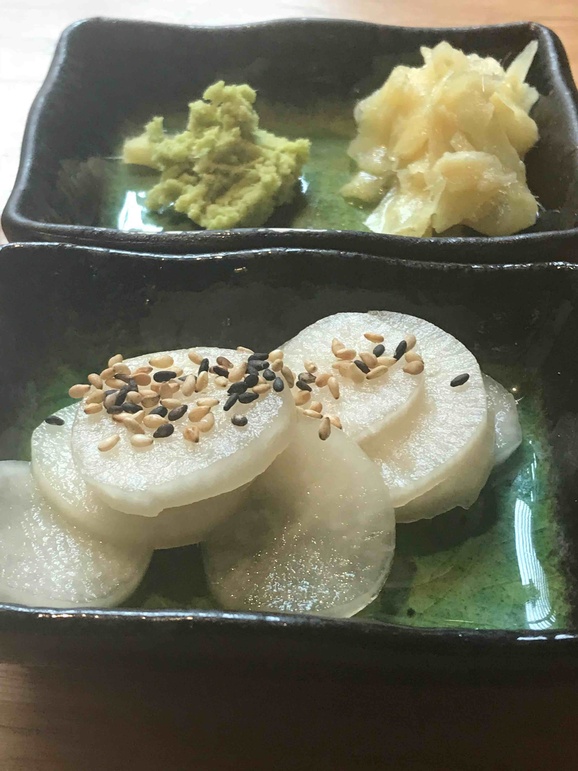 Freshness being all, I’d recommend ordering a sharing platter of sashimi, providing the pick of the catch. Our 12-piece selection (£30), a work of art on the plate topped by Mrs B’s vivid, edible flowers, offered duos of that bream, scallops, oysters, salmon, tuna and hamachi. 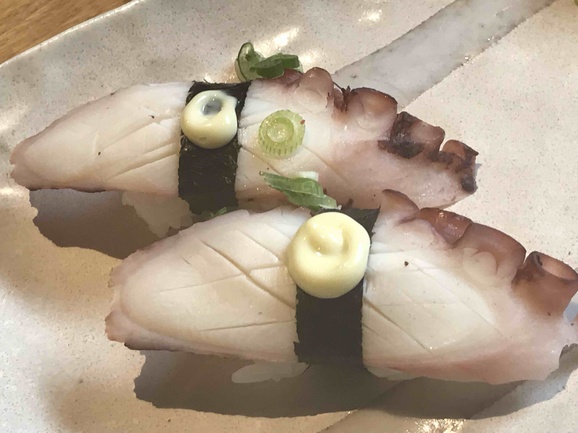 Accompanying wasabi, cucumber and pickled ginger (and not the dayglo pink variety) were replenished as we tackled this feast plus a plate of sushi of octopus and bream – all of it deliciously light on the palate, to be savoured slowly with concentration. Umezushi imposes its own pace; a lemony, almondy Muscadet sur lie, Domaine du Haut Banchereau (£26.95) was sipped with each mouthful of the fish it complemented so perfectly. 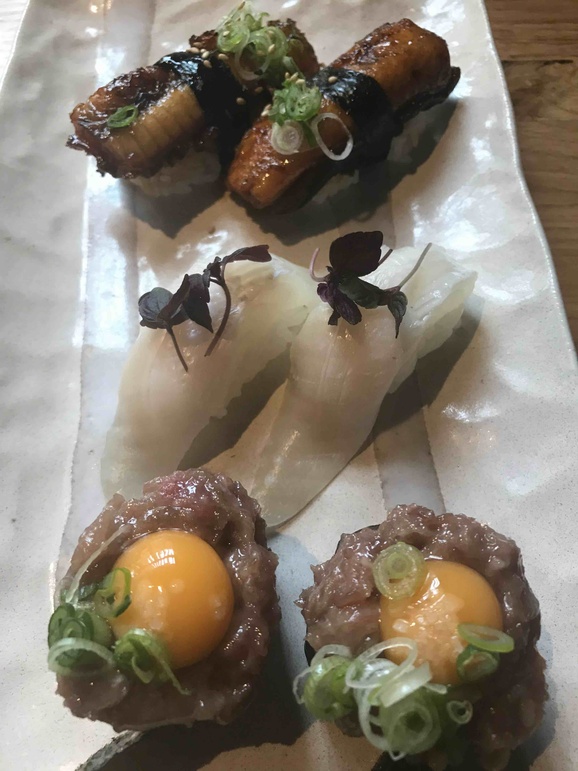 One day I’ll properly tackle the best sake selection in town. The drinks list, like the food menus, offers a fascinating exploration. A tiny specialist place, Umezushi, yet a contender for Manchester’s best restaurant. Must go back for several more lunches to test that theory. Before sampling the small miracle KIAA is likely to prove. 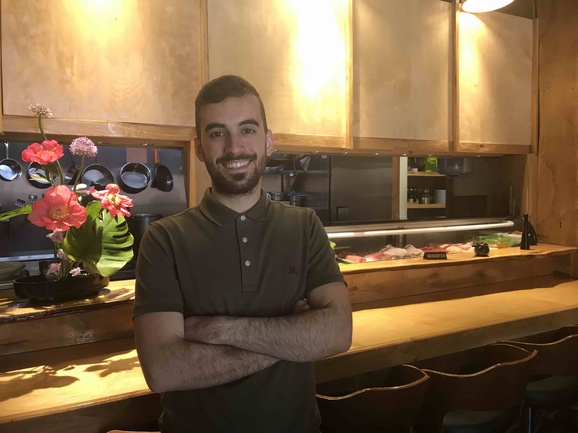