Unless you’ve been in a coffee coma for the past few years, you’ll know that coffee has changed a bit recently. Unlike my first job at a garden center cafe, baristas don’t just press the ‘cappuccino’ button for the machine to spit out a passable cup of java.

Variables such as the temperature, grind and shot time need to be monitored to make sure you get a good coffee out of them beans. This takes concentration and skill.

Many baristas will focus intently on this process, leaving you to gaze in wonder (or boredom) at their coffee skillz. Brilliant. We end up with a tastier cup, better quality coffee, what’s not to like?

But something’s been overlooked. Some people find this whole process alienating and couldn't give two shots about extraction or grind. That's where some baristas have perfected the art to a whole new level. These baristas have elevated their skills to include banter into art of coffee making.

A bit of bants doesn’t sound like a revolutionary step forward in world of coffee connoisseurs, but it’ll make more of an impression on customers than a rise from 18 to 19 percent TDS in your coffee extraction. 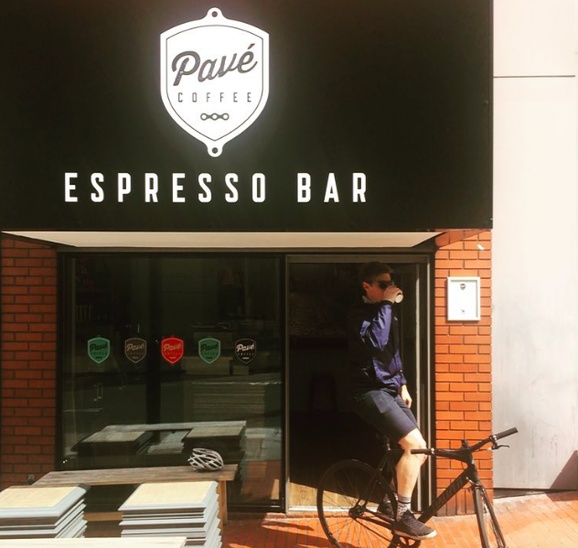 Pavé Coffee on St James Square is a prime example. Dan Tully, the owner and seemingly permanent fixture, is one of the friendliest, chattiest chaps you’ll buy a cup of coffee from.

Tully took over the shop from previous owners Caffeine and Co, with an increased focus on serving the cycling community and local office workers with fat free snacks and healthy lunches.

As well as this, Tully serves up a mean flat white from the fantastic Square Mile Red Brick, and offers pour over with changing guest roasts.

A brilliant and refreshing addition to the coffee shop scene in Manchester, pop in to Pavé Coffee next time you’re in need of a brew and a bit of bants.