Globetrotting owners Sam and Meg were inspired to open Bada Bing in Manchester working in an Italian/US style deli out in Melbourne n calling after their favourite TV show, The Sopranos.

The recent home of the ‘two fisted sandwich’ was at The Refuge at the Kimpton Clocktower Hotel on Oxford Road but they have now moved to a residency at Ancoats General Store. Keep an eye on their Instagram to see where they might be popping up next, or whether they’ve fund a permanent home. 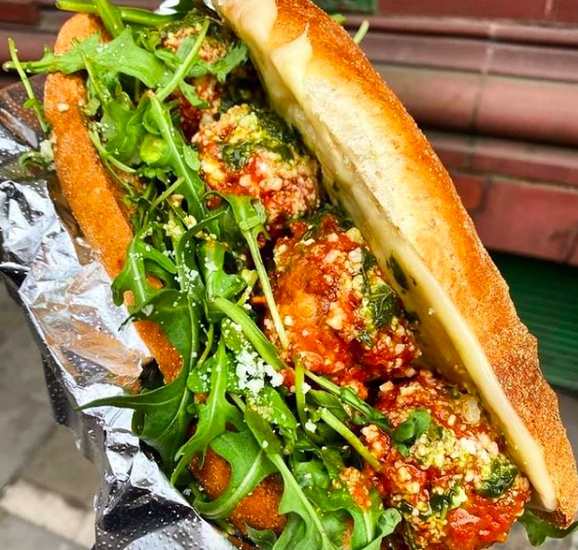 Order sandwiches via their website for walk-ins, take away and deliveries.