This 140 cover eaterie in a Piccadilly basement once occupied by the Metro Chinese buffet, follows the formula of the Leeds city centre original – authentic Indian veggie snacks alongside cutting edge beers. But the emphasis here is on the small plate food; you can't just pop in for a pint

It’s an ambitious step for co-owners Mayur Patel and Marko Husak. Mayur is the son of the legendary Kaushy Pate, whose Drighlington restaurant Prashad has won national acclaim, not least from Gordon Ramsay. For Bundobust he created a pared down snack interpretation of her Gujerati-inspired dishes.

Beer guru Marko garnered equal plaudits for his groundbreaking Bradford  bar, The Sparrow. At this Bundobust Manchester breweries such as Cloudwater share the pumps with the likes of Mikkeller, Fourpure, Siren, Wild Beer and US cult beers from Odell. 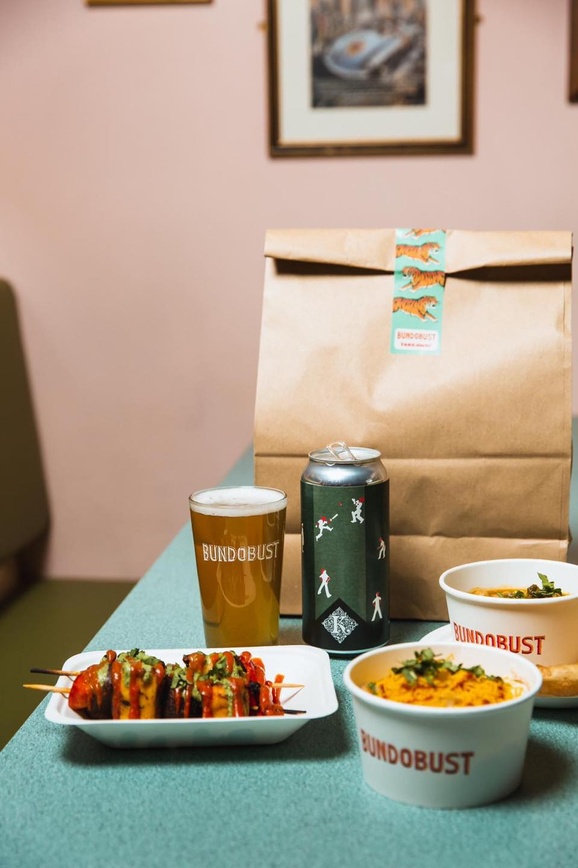