Go Falafel is a 100% vegan company which started in Manchester in 2012 and soon became so popular for its reasonably priced falafel wraps that it now has three branches in the city (Piccadilly, Deansgate and Rusholme.) It has since expanded to Preston, Liverpool and London. 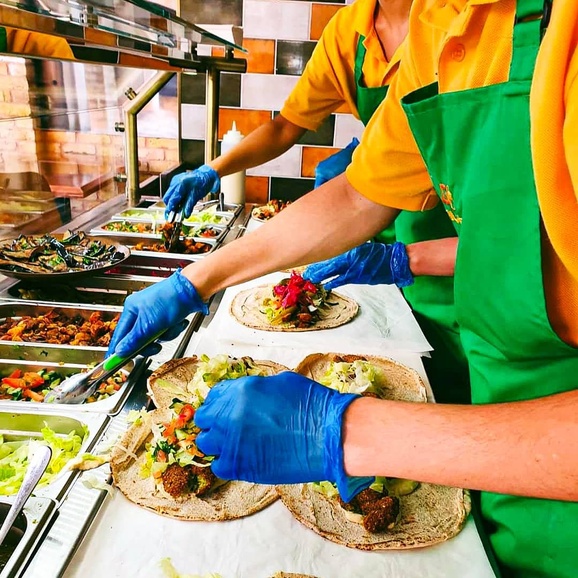 The concept is simple. The menu comprises of only the best seasonal vegetables and salads. They make their signature falafel mixture fresh every day, in house, using a Middle Eastern recipe which dates back generations. Their mission is to spread their love for plant based Middle Eastern food and to promote a healthier, tastier lifestyle, one falafel at a time.

Their falafel wraps are definitely a healthy go-to lunchtime treat in medium or large with served to order fillings such as hummus, salad, pickles and sauces. You can also get salad boxes and platters as well as fresh juices and smoothies.