After the success of their first (much smaller) restaurant in Cheadle, this Indian street food specialist opened their new city centre outpost next to HOME on First Street offering a perfectly affordable pre-theatre or post cinema culinary treat.

The menu has been inspired by the kind of popular dishes you’re likely to find on the bustling streets of India and cover various regional specialities.

You’ll find ‘dosa’ (rice pancakes), ‘thali’ (a mini buffet on a plate), an array of chaats and kebabs – there is even a devoted vegan menu. Our recommendation has to be the ITR channa batura, rich and satisfying chickpea masala served with a puffed golden flat bread to scoop it up with – we could eat this every day.

You’ll even find ‘Indo-Chinese’ dishes in honour of the small Chinese community that lived in Kolkata for over a century. It is an adaptation of Chinese seasoning and cooking according to Indian tastes. 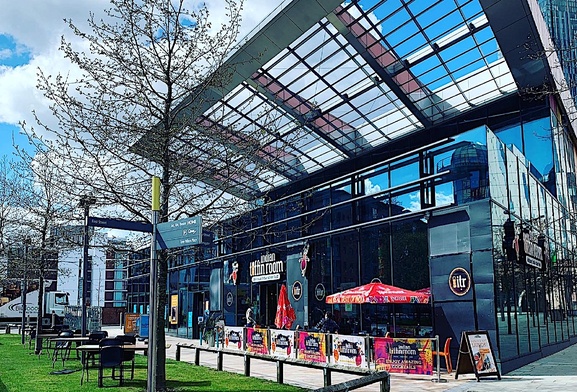