August is shaping up to be a month of events, good times, and celebrations. We’ve already told you about Tast’s two days of Tequila but there’s lots more going on in Manchester over the summer holidays.

Block out your diary, here’s a list of things happening this August that are a billion times better than waiting for hours at the Port of Dover, being stranded at Manchester Airport, or getting up at silly o’clock to put your beach towel on a sun lounger. 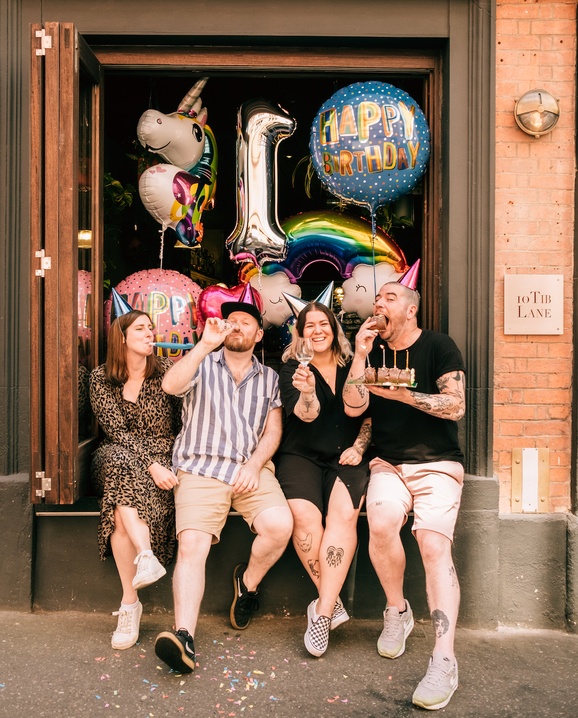 When: August 4th from 4pm

Manchester’s intimate cocktail bar and a small plate restaurant opened in the former Bock Biere Cafe/Lounge 10 site at the end of July 2021. They have decided to celebrate their first year on August 4th, with a party and everyone’s invited.

With happy hour from 4pm, free fizz and oyster giveaways at 5pm, 7pm & 9pm, free bar snacks, DJ’s and Tequila Verdita shots to accompany £1 oysters all night, the Tib Lane bar and restaurant will be welcoming customers for summer party to remember.

“It’s been a wild ride,” admits co-owner Sophie Robson. “We opened in unusual times and we’re proud to have made it through - it feels like a good time to celebrate now. We’ve chosen a few key elements of what we do best and we’re going to treat everyone to a really good night.”

No tickets or bookings are required, just head down from 4pm and join the party.

To book a table, visit www.10tiblane.com and follow @10TIBLANE for updates . 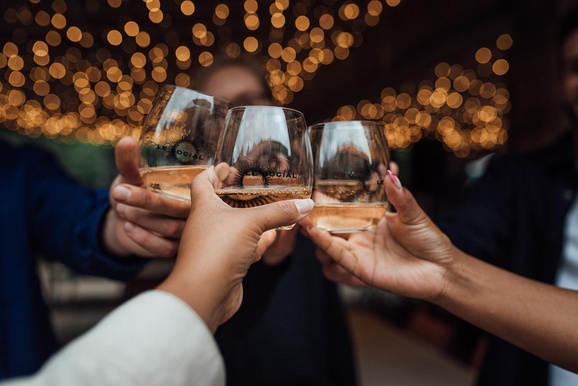 Where: Nell’s Pizza at Kampus

Manchester’s most inclusive wine and event company are celebrating two years in the city with a stellar line-up of DJs, NYC pizza and natural wine at Le Social Summer Party.

Kicking off at 4pm and running till late, the Summer Party will present an incredible line-up of music including house and disco collective Supernature, the queer pop and dance gurus of Love Party, and the sunny vibes of Friends in Common. Closing off the night are Le Social DJs favourite rising stars Sabrina b2b Roisin, with a genre bending set of house, techno and more.

Nell’s NYC slice bar will be serving its famous 14” and huge 22” pizzas and with Le Social’s pop-up bar, serving all the party sippers - by the glass or by the bottle, some fancy, some cheap! No need for tickets, the party is free and inclusive for all. No knobs no snobs, simply turn up as you are, prepared for a good old boogie! 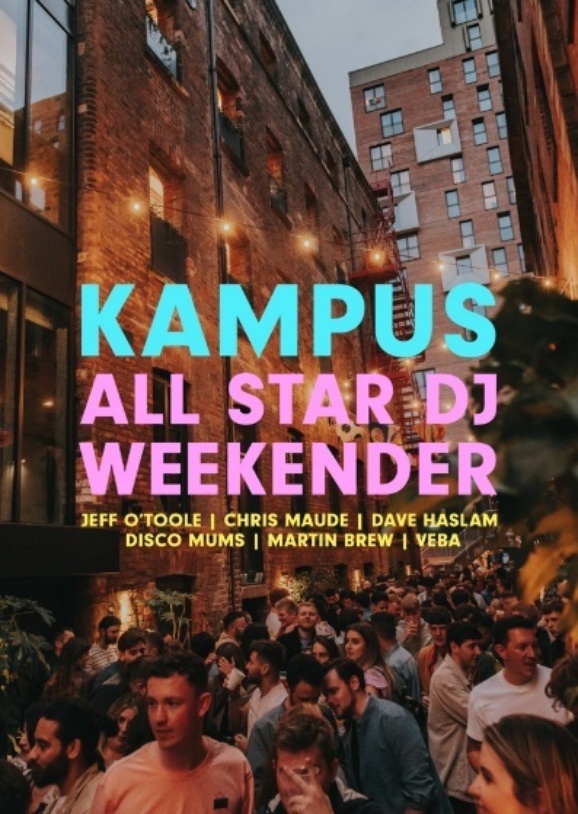 What: An ‘All Stars Weekender’

When: From Friday 5th to Sunday 7th August

A stellar line-up of six legendary Manchester DJs will join a woodfired BBQ from Levanter Fine Foods and a brand new range of core beers from Cloudwater Brew Co. for the mother of all al fresco parties.

Whilst the seasoned party-starters will pack the lush garden with decade-spanning beats, Levanter – currently enjoying a residency in the elevated Bungalow - will be serving cuts of meat, fish and veg from a woodfired BBQ. “Our run at Kampus has been like one long summer celebration, serving up authentic Spanish plates to guests who’ve lapped up the laid-back neighbourhood vibes,” says Levanter’s Joe Botham.

“Bringing a load of legendary Manchester names down for a one-off weekend of good times and tunes just makes sense. Delicious food, fresh cold beers from Cloudwater and some of the very best on the decks.” 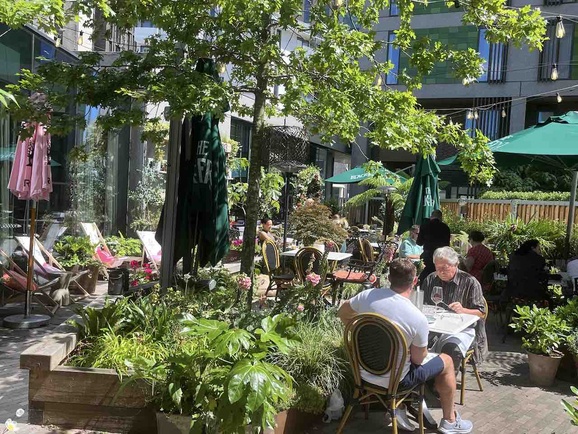 What: The Black Friar’s birthday month

We can’t believe it’s been a whole year since The Black Friar pub re-opened after a compete refurbishment. 12 whole months of head chef Ben Chaplin delighting punters with imaginative dishes using locally sourced seasonal ingredients. We tried a few from the summer menu recently HERE and reckon it’s a great dining spot only a step over the Manchester/Salford Border.

The Black Friar will be celebrating their first birthday throughout the entire month of August. To thank everyone who’s joined them over the last 12 months they’ll be offering a series of items each week for only £1 for guests dining in the pub, restaurant and garden throughout August. Order at least two courses and enjoy that week’s item for just one English pound every single week. Have as many as you like of each, all £1 per glass/portion, for the duration of your booking. 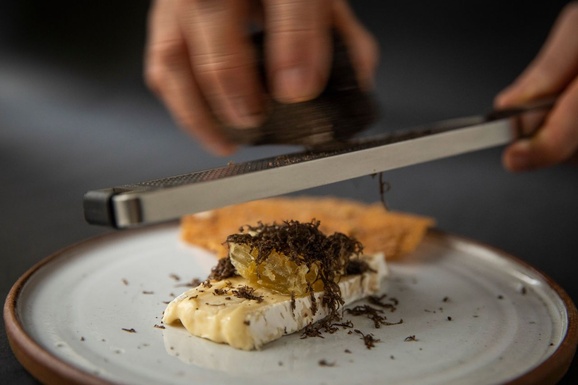 When: Available on Wednesdays and Thursdays throughout August

Where: Adam Reid at The French at The Midland Hotel

Adam Reid at The French has introduced a new Initials menu at £75pp, designed to be a shorter, more accessible version of his main Signature menu, for a perfect midweek dining treat.

Using only the finest seasonal produce available, the modern British cuisine at The French is well known for its exquisite flavours. The set tasting menu showcases the creative culinary talents of Manchester’s own Adam Reid who joined The French back in 2013 as Head Chef, before taking over as Chef-Patron in 2016. Since then, he has been awarded 4 AA rosettes, as well as going on to win BBC’s prestigious Great British Menu competition twice, with his dessert Golden Empire in 2016, and his main course ‘Comfort Food Sounds Good’. 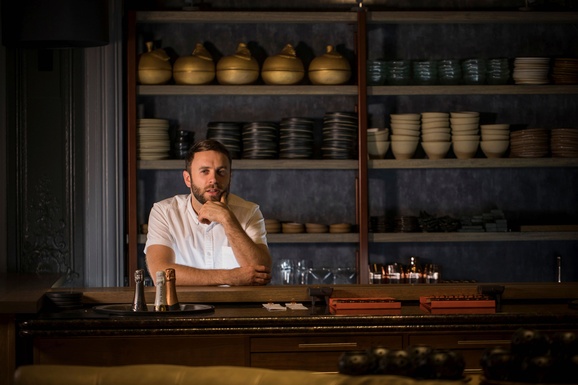 The Initials menu has been created to provide a taste of Adam Reid at The French, with two optional drinks pairings – Tipsy (£40 pp) or Not So Tipsy (£30 pp). Current dishes include Peter’s courgette blossom with eel & tongue, Barbecued salt marsh lamb from the Rhug Estate with Wirral courgette & gravy and Baked English custard with mint & Cheshire strawberry.

Adam Reid said: “I appreciate that not everyone wants to experience a full tasting menu midweek, this new special menu has been created to cater for those who still want a taste of The French but don’t want a late night! We’re running the Initials menu throughout August, with matching drinks available, and will continue to offer our Signature menu throughout.”

Bookings for the Initials menu are not available through the main website, but can be booked HERE.

Where: Cibo at Great Northern Warehouse and Liverpool Road 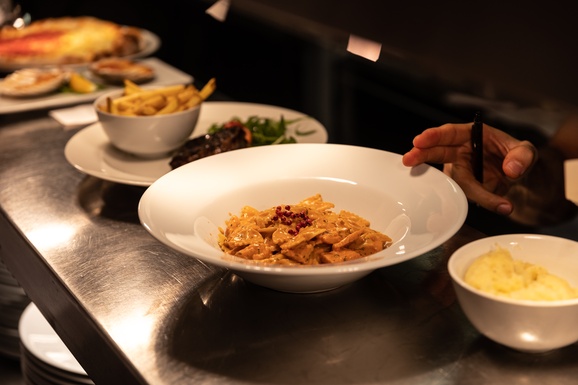 Italian restaurant, Cibo, which has two city restaurants at Great Northern Warehouse and on Liverpool Road, is offering 50% off its A La Carte Menu throughout the month of August on bookings made between Sunday – Thursday.

Famed for its Penne Reggiano, which is made in front of your eyes in a large parmesan cheese wheel, the pasta dish which features cream, sage, flambéed Cognac, parmesan, and truffle oil can be enjoyed with the 50% off saving. Or why not try one of the restaurants delicious pizzas which can also be enjoyed with 50% off – the popular Diavola with tomato, mozzarella, spicy salami, red onion and chilli.