In May 2021, Lane7 opened their Manchester branch which now occupies the space formerly taken by All Star Lanes (read the full story here) in Deansgate's Great Northern Warehouse.

Lane7 offer a ten-pin bowling and all-round entertainment experience that's really taken off. The brand already has several venues across the UK in cities including Newcastle, Bristol, Birmingham, Sheffield, Liverpool and more, while venues in Scotland, Ireland, Wales, Nottingham and York are already in the planning.

We went along to take a look at what they've done with the place. 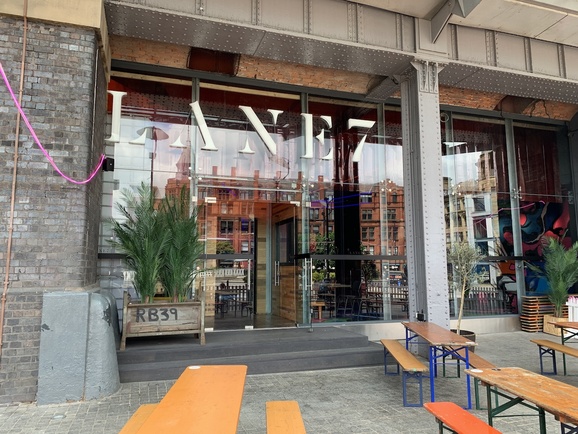 The first thing you come to is the huge bar and seating area - bowling and games aren't mandatory, you could just come for a drink. 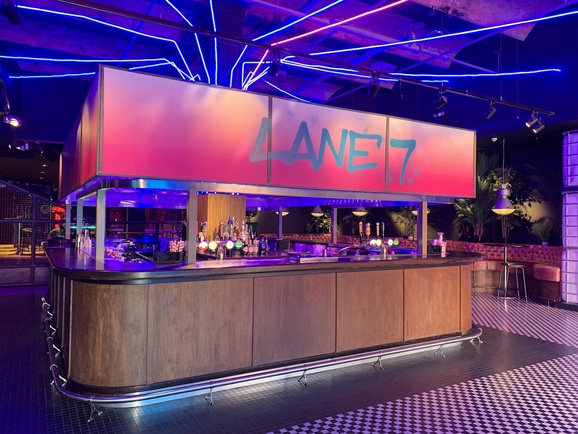 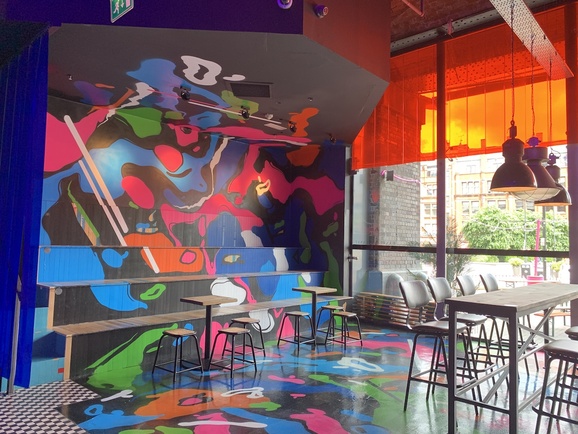 Beyond the bar, the area that used to be taken up by the All Star Lanes restaurant has now been totally refurbished. There's beer pong and two computerised dart boards with screens displaying various games and challenges to test your skills with the arrows. There's also a couple of shooting booths and table football. 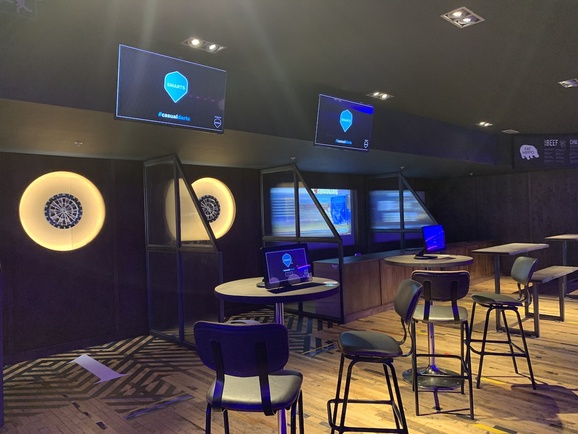 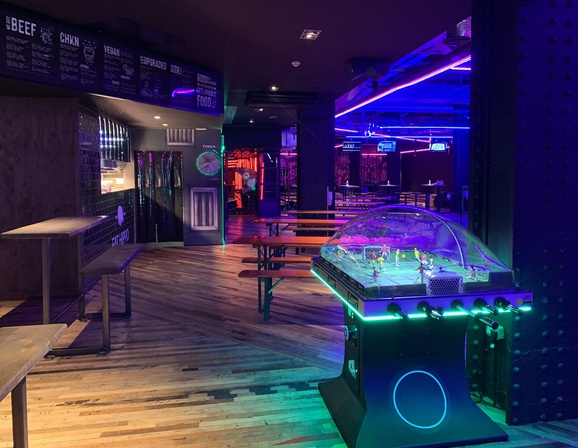 Behind a hatch beyond the games you'll spot the chefs from Fat Hippo stacking up the patties. The instagrammable burger joint is making its Manchester debut at Lane7. 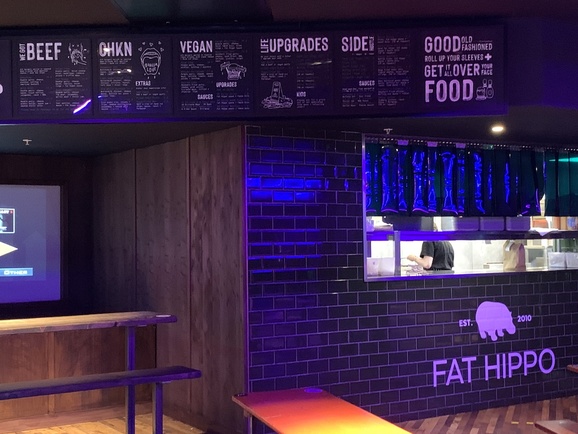 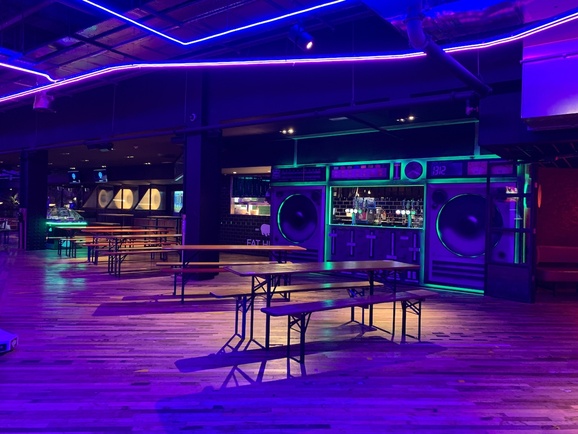 Beyond a second bar, decked out like a giant ultraviolet stereo, is another, more private bar area and pool table. This is where you'll also find two red neon 'Premium' bowling lanes. 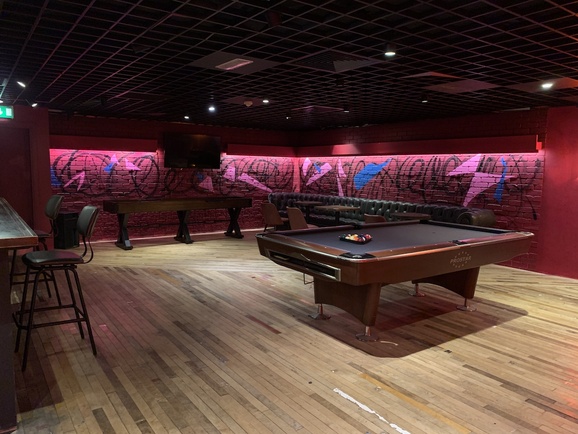 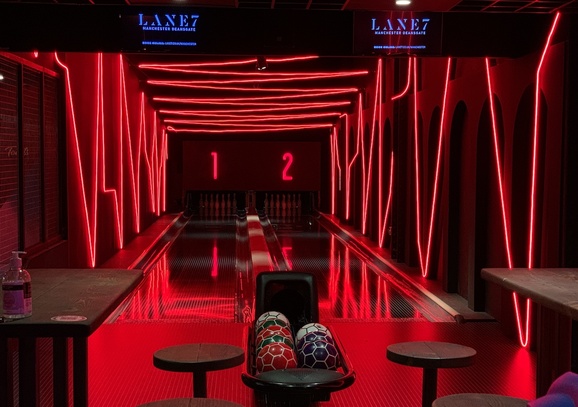 Traditional lanes take up most of the main back space along with retro video games and an air hockey table. 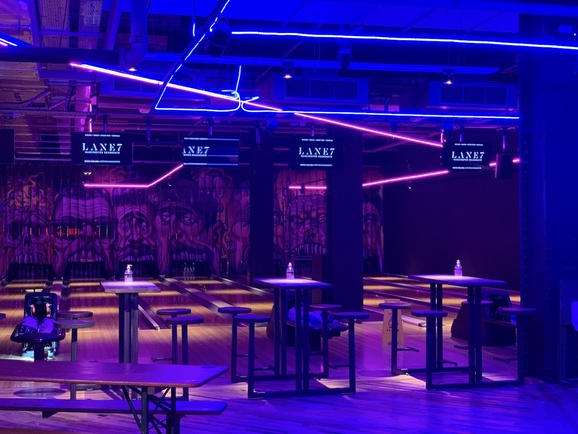 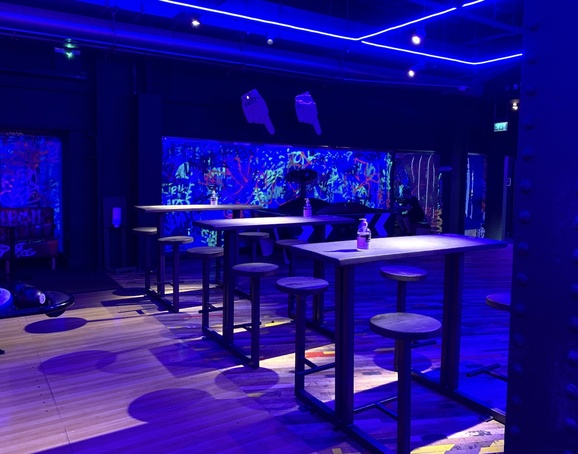 Tucked away in a back corner, there are semi-private 'super premium' lanes decked out in graffiti - like someone's been let loose with a massive pack of hi-lighters and no limits. The visual cacophony comes with pumping rap music, so this is not a space for the faint hearted. 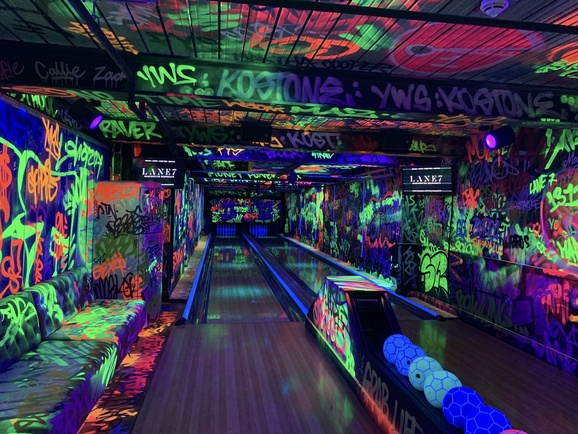 We were ready to settle down after working up an appetite on the lanes and the dance simulator. You order and pay for food and drink through the QR code on each table and they bring it all over. Fat Hippo are well-known for their dripping, roll-your-sleeves-up, get-it-all-over-your-face-don't-even-care food. Double patty are standard but you can double double up for a few more quid if you want to. 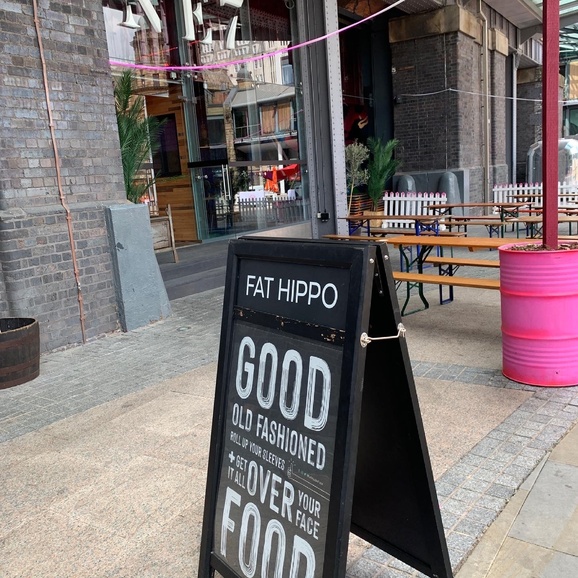 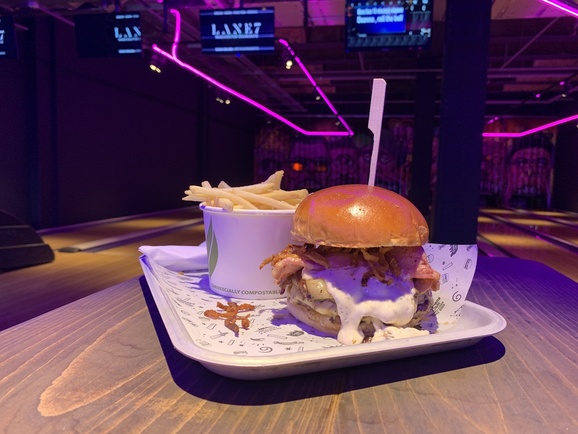 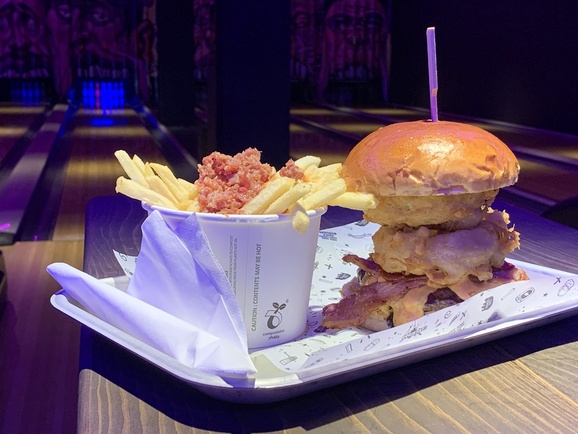 All in all, Lane7 turned out to be a really fun way to while away a couple of hours. You could just come to eat or drink and then (if they're not booked up) take it from there, adding a game of bowling here, a bit of beer pong there, some pool, maybe darts,  a bit of shooting. Or not, whatever takes your fancy. I came away with a nice buzz after scoring a double strike in bowling and a few double 20s in darts. Think you can better that? Get yourselves booked in.

To keep up with the latest news follow @lane7_ and @fathippofood