Independent Manchester Beer Convention (IndyManBeerCon or IMBC) and 200 year old Middleton based brewer, JW Lees, have joined forces to produce ‘Hops are Green’, a ‘beer to start conversations’ ahead of this year’s festival. 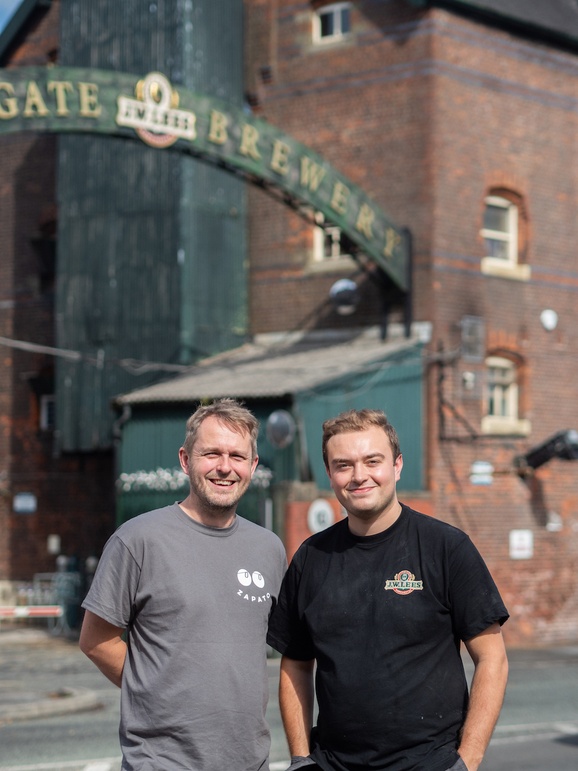 This year’s event aims to start a conversation about sustainability in beer. The industry is facing multiple challenges from climate change and inflation to water shortages and demographic shifts. IMBC and JW Lees wanted to explore how you might brew beer with a lower carbon footprint, which helps the brewer run a successful business, delivers a beer which the craft beer drinker loves, but which doesn’t break the bank. Beer brewed with more locally sourced ingredients could be part of the answer.

This year, the IMBC team felt it was time to celebrate British brewers, and mark the progress made by domestic hop growers in making a beer that uses classic techniques to create something modern, exciting, and sustainable. 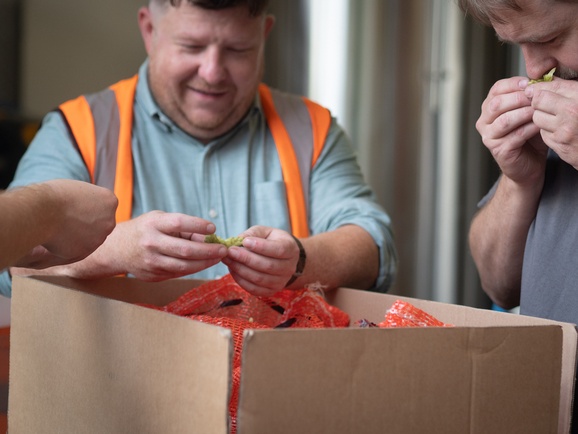 Matt Gorecki, Head of Beer at the festival, said; “We all love American Hops and we have for years, but we can’t ignore what people like Brookhouse are doing right here on the doorstep. They’re growing some mega stuff! When we first spoke to JW Lees and heard Michael’s story about working with the same farmers and fields as his grandfather, we just felt that we could bring together the best of both worlds.”

Michael Lees-Jones, Head Brewer, said; “We are experienced in adapting as the world changes around us. In order to stay relevant and to keep pouring beer for the next 200 years we need to remain curious and to experiment with different ideas. We think it is great that the IMBC team are asking questions about sustainability in beer as we consider how we can be a more sustainable brewery.” 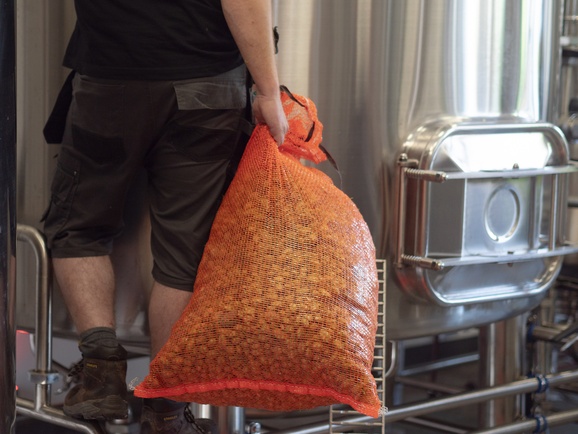 ‘Hops are Green’, is an Extra Special Bitter. Typically a malt forward brew using English yeast and firm but not with OTT hopping, it will be finished using freshly harvested green hops from the forward thinking hop growers at Brookhouse.

Green or ‘Wet’ Hops are an ingredient with a lower carbon footprint due to their lack of time in an energy intensive kiln, where hops are usually cured to preserve and intensify their flavour. They’re used in an array of seasonal beers in the US around harvest time but curiously not so much in the UK. They’re grown in Herefordshire and were transported to the brewery by road. It will preview at the festival and be available at several JW Lees pubs as well as Port Street Beer House.

This beer is the first in a series of beers produced with sustainability in mind, with Cheltenham based industry favourite, Deya Brewery, picking up the baton to create the next product following the festival. Any brewery wishing to get involved can contact the IMBC team through their social media channels. 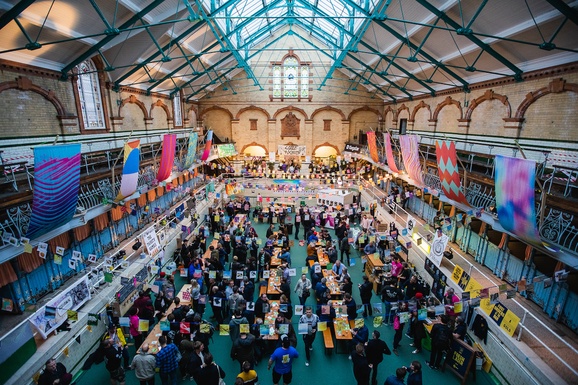 The first IMBC, started by Jonny Heyes, founder of Common & Co (Common, The Beagle, Nell’s Pizza, Summer Beer Thing) in 2012, was hosted at Victoria Baths, using just two of the rooms and hosting just under 20 breweries. 11 years later, and every nook and cranny of the landmark building is used to demonstrate over 60 breweries, from the main ‘stages’ in the old swimming pools to tasting areas and snug bars in the Turkish Baths.