LET’S admit it – major beer festivals can be an overwhelming experience, no matter how much to try to prioritise. Still, here we go as we try to plot our way round the 2020 Manchester Beer and Cider Festival (Thu Jan 23 to Sat Jan 25) now that organisers hve released the complete beer list.

It’s a good job the venue, Manchester Central, is so vast for this year’s event, the seventh has 25 bars serving more than 750 different beers. There really is something for everyone from lovers of traditional British ales, those seeking the cutting edge of modern brewing and fans of foreign beer styles. You can even avoid beer altogether and stick to gin, fruit wines, mead and, an ever-increasing presence, cider and perry (‘Rosy Scenario for Cider’).

As you would expect from an event organised by the nine Greater Manchester branches of the Campaign For Real Ale (CAMRA), the focus is on cask-conditioned beers with almost 400 to choose from. 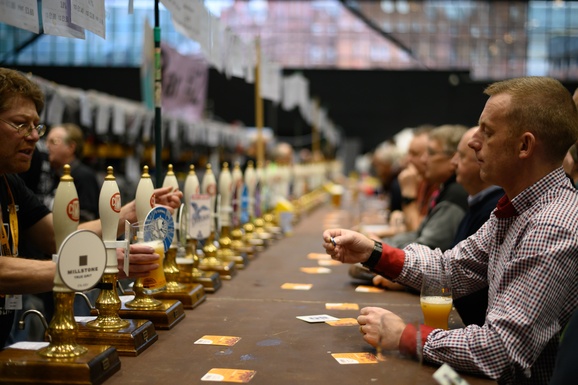 New for 2020 is the enormous Coast to Coast bar, showcasing some of the best breweries from the Mersey to the Humber. Visitors can travel through seven counties, sampling beers without ever getting wet.

Highlights include a white stout from Liverpool's Gibberish, Walnut Whip and Vimto beers and several collaborations between brewers. Sure to catch the eye is Pomona Island and Elusive's 'It's Dangerous To Go Alone, Take This With You' (6.8%), which promises pink peppercorns and coriander seeds – as well as probably the longest name in the festival. 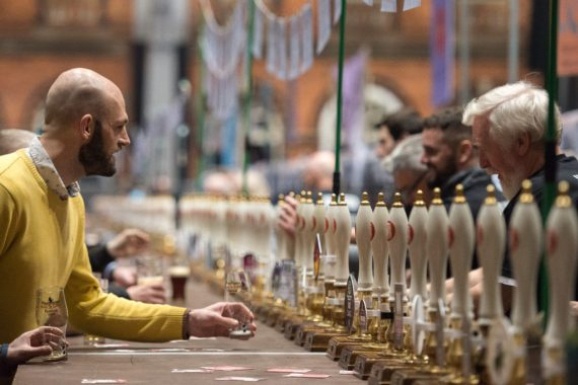 The vibrant brewing scene across Greater Manchester means 22 breweries are represented but West Yorkshire isn't far behind with 19.

The Beers from the Wood bar was a runaway success in 2019, so has been enlarged to feature more than 70 beers, many making their debut in wooden barrels.

Look out for a three-year aged unique beer in wood from Marble, 'Rioja Barrel Aged Old Ale' (10.8%). Across town Beer Nouveau has supplied two heritage beers the brewery has resurrected, as well as an interesting 'Chocolate Orange Surplus' (8%), using surplus food, all in wood.

The Kegstar bar will showcase modern key keg and keg beers from both the UK and overseas. More than 70 beers will be served, representing some of the most innovative beer styles from the likes of Cloudwater and Kernel. 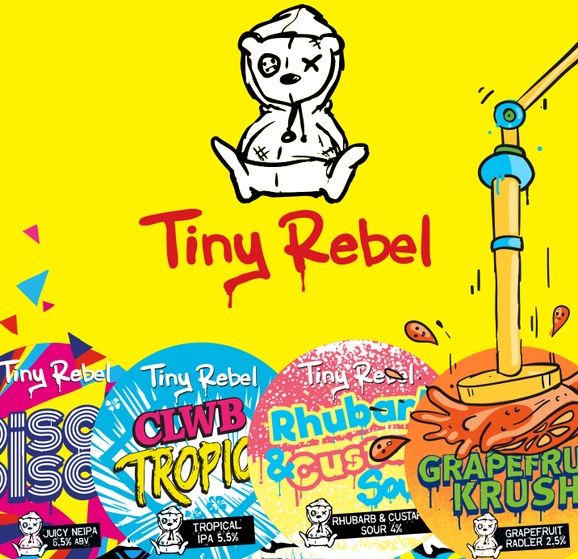 And another new feature will be the microbars, giving drinkers the chance to sample ales and talk to the brewers in attendance. Local representatives include Brewsmith, Donkeystone and Joseph Holt, which marks the festival with a new beer, 'Fiesta Express' (4.9%).

Two international bars will bring a superb range of beers in draught, bottle and can from Belgium, Germany, Czech Republic, Norway, Sweden, Spain, Japan, the USA and more.

Manchester Beer and Cider Festival, Manchester Central, Windmill Street, M2 3GX. Tickets cost £7 for Thur, £10 for Fri and Sat, each inc refundable £3 glass hire. These are on sale via the Festival Website until the midnight of the previous day, after which it’s pay on the door (after queueing a while). VIP packages are also available. Wed 22, 5pm-9pm is a free entry preview for CAMRA members. For updates follow the festival on Twitter @MancBeerFest. Picture credit: James Darcey. https://mancbeerfest.uk