Shoryu Ramen’s owner Tak Tokumine is a native of Fukuoka city which lies on the southern island of Kyushu in Japan. Tak moved to the UK in 1976 and opened Japan Centre, the popular Japanese food hall in London. He noticed a growing appetite for genuine Japanese food, so opened his first Hakata style ramen bar in 2012 to champion his hometown’s speciality. 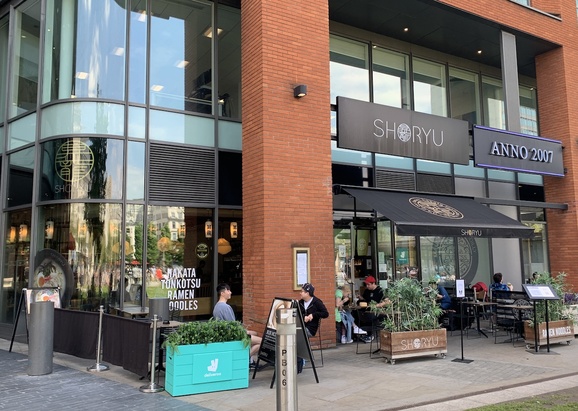 Here are five reasons we think you should plan your next visit to Shoryu Ramen: 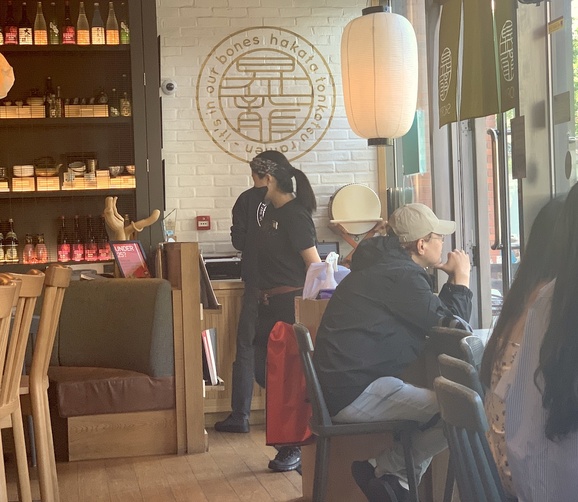 Obviously, all restaurants are stringently following Covid rules to keep their staff and customers safe, but Shoryu Ramen managed to be both vigilant and welcoming at the same time. Customers are greeted on the outside terrace, their temperature is swiftly taken with a digital thermometer to the forehead, and they’re asked to check in to the NHS test and trace app using the QR code on display.

Each time a customer walks through the door, whichever member of staff is nearby bangs on a small drum and shouts ‘irasshaimase’ – which basically means ‘welcome to the shop’, like an acknowledgement of their presence. You’ll get used to it. 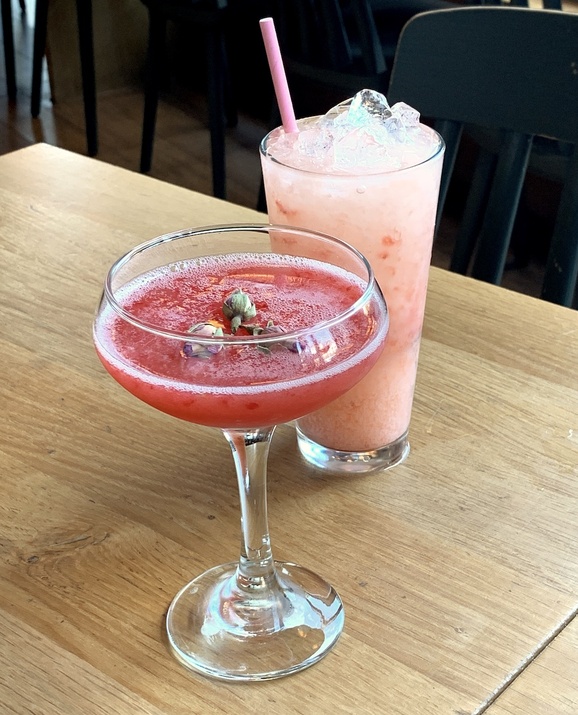 Shoryu’s drinks list is worth taking a little time over. They offer a range of Japanese inspired cocktails and mocktails which utilise some fantastic flavours and ingredients. We ordered a refreshing ‘Pink Geisha’ with jinzu gin, vermouth, sake, lychee puree, raspberry and rose water.

Shoryu also offer wine, Japanese beer and cider, plum wine and shochu, a distilled alcohol native to kyushu island made from sweet potato. Their sake savvy bar manager has created a huge range of sake and a ‘sake flight’ is available to give customers the chance to taste their way through three of the Gekkeikan brand sakes for £7.50. 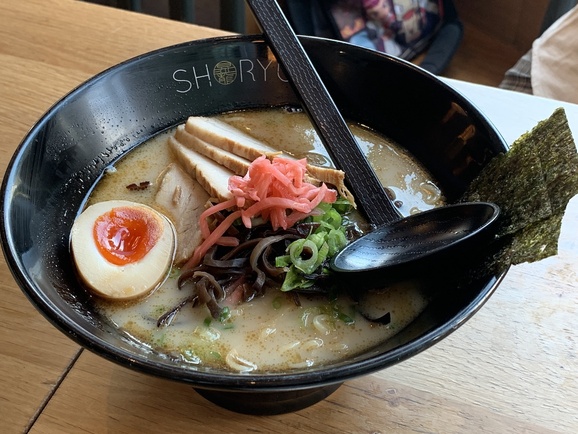 Hakata-born executive chef and tonkotsu alchemist, Kanji Furukawa, turns bones into rich, silky broth like only a master can. Creating tonkotsu pork stock is a labour of love. Each bowl takes over 12 hours of cooking at a constant boil to form enough collagen, fat, marrow and calcium to emulsify perfectly, until it becomes opaque white tonkotsu broth.

The stock is then combined with secret ‘motodare’, a concentrated base of ingredients including Japanese soy and spices to create the final soup.

The right noodles are vitally important and must be thin and straight with plenty of bounce and chew. Shoryu’s founders worked extensively with a Japanese noodle-making master, using exclusive Ramugi Ichiban flour milled in the Fukuoka Prefecture to create the perfect original ‘hosomen’ thin noodles. (Your server will ask how you like your noodles – soft, standard, or hard.) 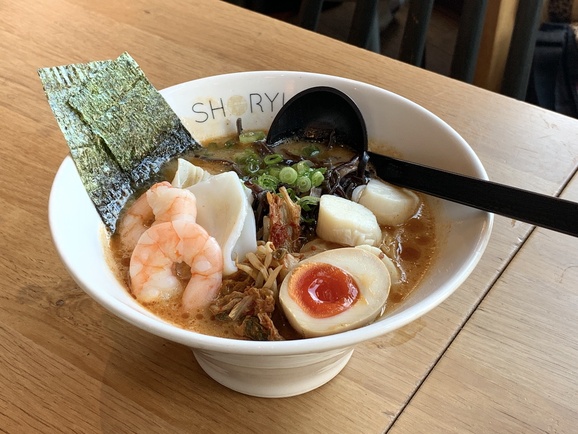 The final element in every bowl of ramen is the toppings. Soft boiled Burford Brown ‘nitamago’ with rich, orange, gooey yolks are marinated overnight in soy, mirin, sake and ginger. Depending on which ramen soup you choose, other garnishes could include kikurage mushrooms, spring onion, sesame seeds, ginger and sheets of nori seaweed.

Shoryu Ramen’s signature dish, Shoryu Ganso (£12.90) is topped with slices of char siu barbecue pork belly slow simmered for 4 hours in soy, mirin, sake and sugar, along with caramelised black garlic from Hakata known as ‘Mayu’ to give a rich umami tone. 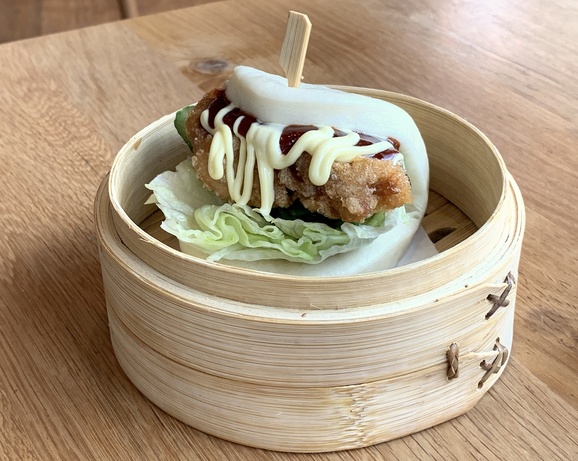 It’s not just about the ramen

Hakata is also known for its incredible street food scene, so Shoryu ramen have some great side dishes. They’re even taking credit for introducing the squidgy Hirata bun to the good folk of London in 2012. We enjoyed the soy marinated chicken karaage with fresh iceberg, squeezy Japanese Kewpie mayo and hirata sauce, but you can also order char siu pork and pumpkin croquette versions. (It’s buy 1 get 1 free every Monday with any main.) 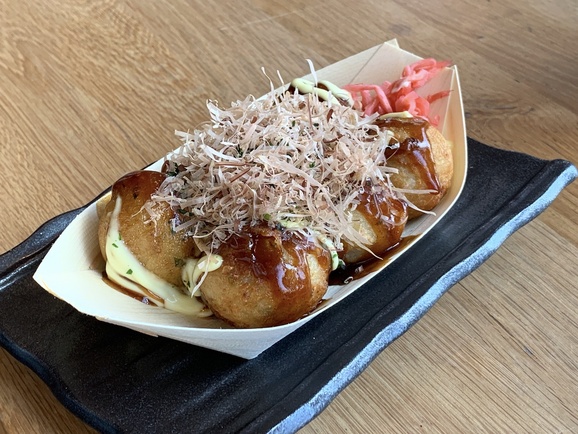 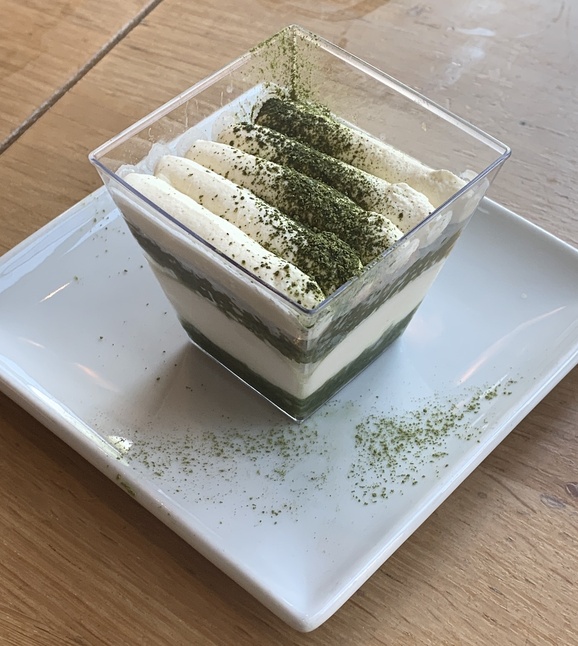 Shoryu’s bowls of ramen soup arew huge (although you can request a refill of noodles for your remaining soup for £2) so don’t expect to have too much room for pudding, which are mostly green – thanks to the Japanese love of matcha tea.

Desserts include sweet treats such as matcha cheesecake, matcha tiramisu (pictured) or mochi. But there is also a range of ice creams and sorbets to round off the meal in flavours like chocolate miso, vegan salted caramel miso, matcha soft serve (of course), sesame or yuzu. 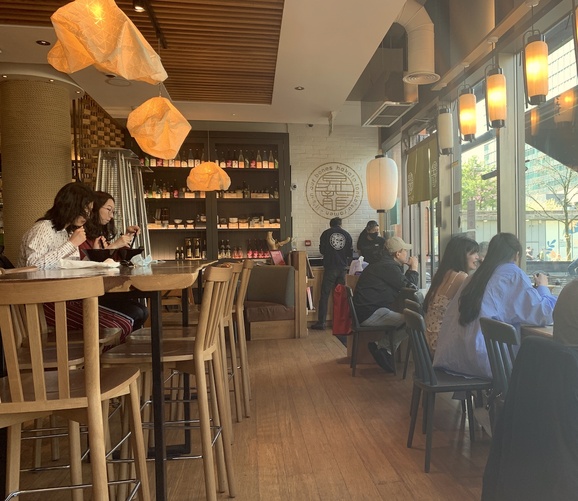