There’s a reason coffee shops choose the sites they set up in. They need decent footfall obviously to fuel commuters with a caffeine top up on their way to work. But they also want to provide customers with a pocket of calmness during their coffee break. That’s why many of them are decked out in neutral colours and have huge windows for passive people watching. 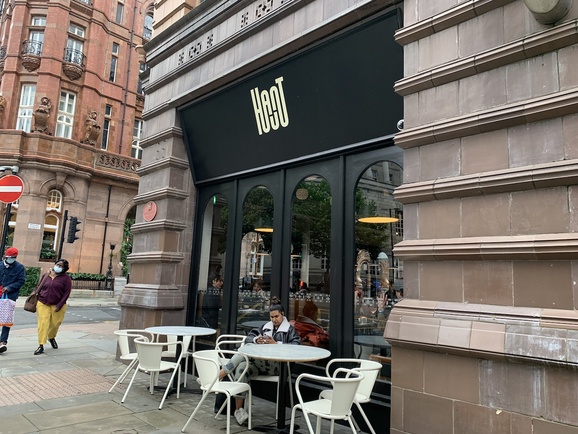 Every city and suburb has several coffee spots, but not all survived the pandemic. The branch of Caffe Nero on the corner of Mount Street and Peter Street folded in 2020 when its supply of delegates heading between the Midland Hotel and Manchester Central dried up.

It’s a great space though. The former YMCA building offers decent views of the iconic hotel next door as well as those coming and going around Central Library and St Peter’s Square. In summer 2021 the venue was taken over by a new independent, Haunt Mcr. 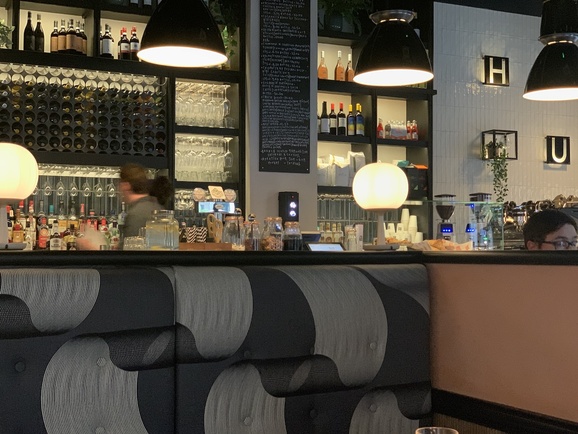 Behind the new all-day venue is a trio who, on paper, might have found a magic formula; former private banker Will Parkinson, Sam Wheatley, who used to work for drinks wholesaler the Pivovar Group, and Yorkshire’s celebrated Star Inn Group.

They’ve kept things simple but high quality, and that might just be key to Haunt’s survival. Although the interior has undergone a refurbishment since it was home to Caffe Nero, they have managed to keep what was good about it. The colours are calm and muted, and the general layout is the same with the fully stocked bar in the centre. Booths and bench seating by the open windows make the most of the prime people watching position and there are tables outside in good weather. It’s a space for cocktails and contemplation, wine and wondering, and peaceful platters with pals. 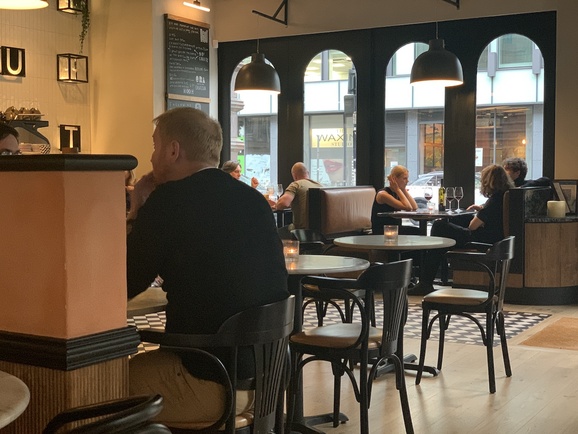 It’s the kind of place you’re looking for when you need to catch up with a friend or colleague when you’d rather not be interrupted by food, drink or servers asking you about the food and the drink. They don’t even take bookings. Just rock up and take a pew.

That’s not to say the food and drink is inconsequential. That’s not what I’m saying at all. The food is great quality but it’s relaxed and easy going which is sometimes just what you need for a Monday morning coffee or Friday night wine.

The casual dining menu has been created by Head Chef Chris Smith, who has recently returned to his north west roots after a culinary pilgrimage around Scandinavia.

Haunt opens at 8am (9am at weekends) for breakfast bowls such as overnight oats, blueberry, peanut butter, banana and organic chocolate, and a range of locally sourced pastries.

At lunchtime they offer a range of gourmet sandwiches with fillings including mortadella, rocket, Tallegio cheese, smoked tomato, truffle honey and toasted goats cheese, supplemented by weekly specials chalked up on the board. 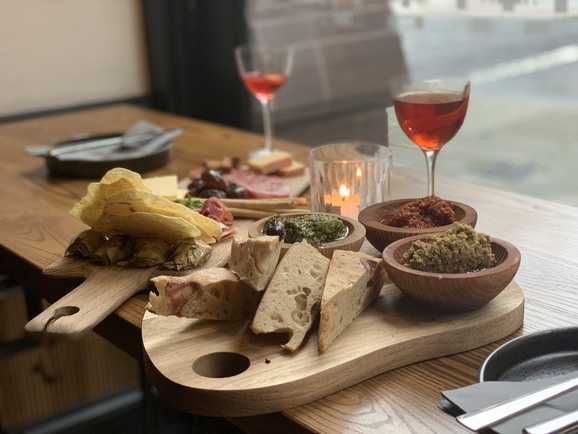 Haunt know they’re well placed to catch the ‘just a quick one’ after work crowd (the venue has introduced an Apertivo Hour, available from 5pm-6pm Monday to Thursday.)

We popped in on a weekday evening when we were a little peckish but didn’t want a full-blown dinner. Haunt offer a variety of top-quality sharing boards with locally sourced meats and/or cheeses. 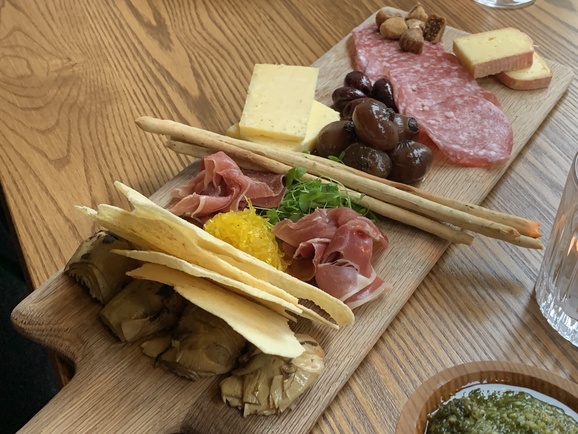 We ordered a mixed platter (£11.50) and spent a really pleasant hour picking at wafer thin slices of meat and salami, grazing on wedges of cheese and dipping bread and paper thin pane carasau into pestos and tapenades, popping pickled onions into our mouths and absent-mindedly running an index finger over a trail of homemade golden beetroot relish or watermelon and spiced pear jam. 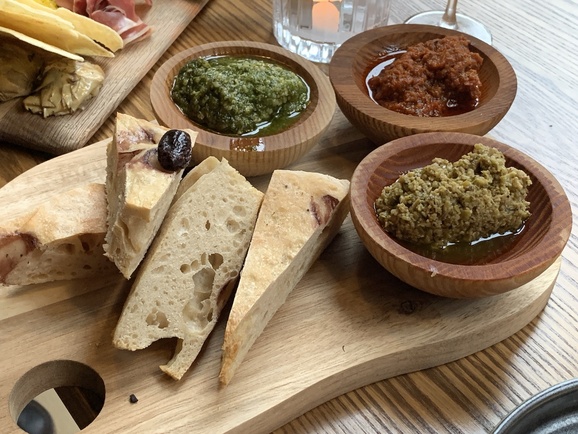 The drinks menu features a host of classic Italian spritzes and Bellini, alongside their own refreshers such as the PPP (Passoa, Pernod & Prosecco) Strawberry Spritz and a Gran Turismo created by General Manager Martin ‘Tini’ Taylor.

We went old school on our visit with a ‘means test’ Negroni and its lookalike cousin, the Boulevardier (both £9). They passed and, because they’d got us in the mood by now, we went on to order a glass or two of wine from Haunt’s exclusively Italian wine list. You’ll find some familiar, firm favourites on there supplemented with less known varietals and limited intervention wines, along with a multi-award winning house sparkling wine branded by none other than Ferrari – yes, that one. 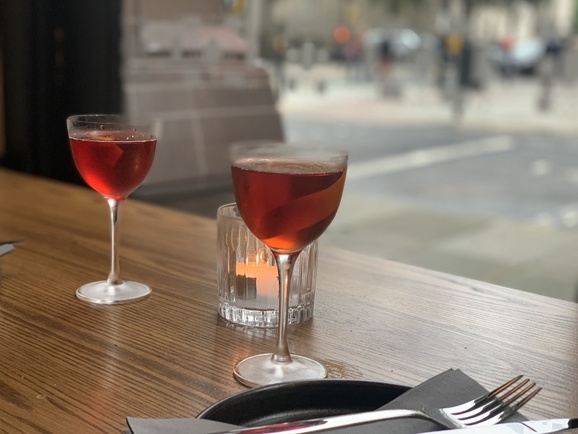 Haunt may not be considered as ‘serious’ as some of Manchester’s hot new bars like Atomeca, Schofield’s Bar and Speak in Code, but if you’re planning a city centre cocktail crawl or are after a sunny spot for a solo glass of wine, it looks like this could definitely be your new Haunt.