What to order – Dokes Pizzeria, Prestwich

You might think a ‘What to Order’ feature about a pizza restaurant would be a very short article. What to order? A pizza. The end. But there’s more to this new Prestwich pizzeria than you might think. 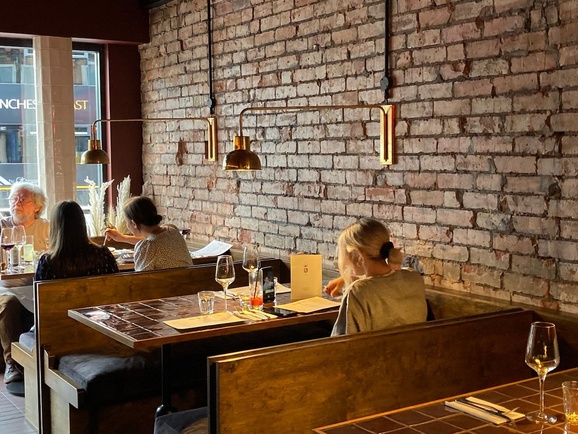 I don’t mean it’s trying to be more than it is. It fully intends to slot into the M25 hood as a casual carb and cocktail hangout. A place you’d be just as comfortable on your own mid-week with a book, as you would with young kids, or having a catch up with your bestie and a bottle. But it’s got more depth to it than your average Deep Pan Pizza. 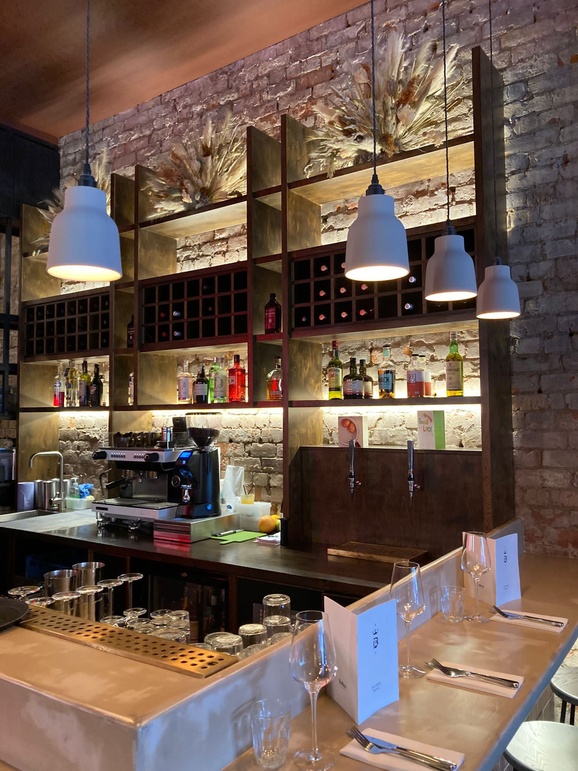 Dokes Pizzeria has been brought to you by the team behind the narrow industrial spot Elnecot in Ancoats, which specialises in small plates using British produce and Sunday roasts. 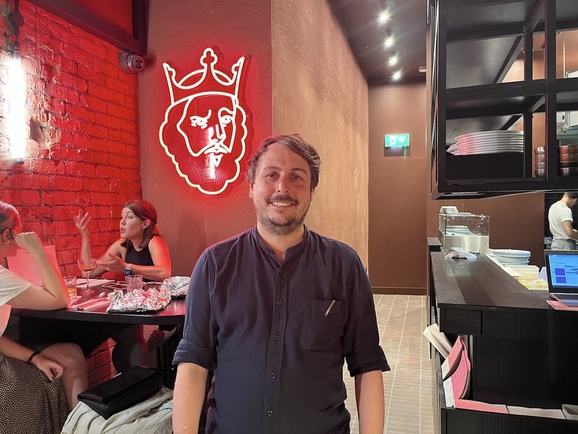 Chef owner Michael Clay has proved that provenance is his priority, and he refers to Dokes pizzas as ‘Anglo-Saxon’ because almost every single ingredient is sourced from the British Isles. Toppings include cheeses from every corner of the country, salamis and nduja from Curing Rebels in Brighton; creamy British burrata from the home counties and even truffles from Wiltshire. Dokes also works with Cinderwood Farm in Cheshire for seasonal fruit and vegetables. 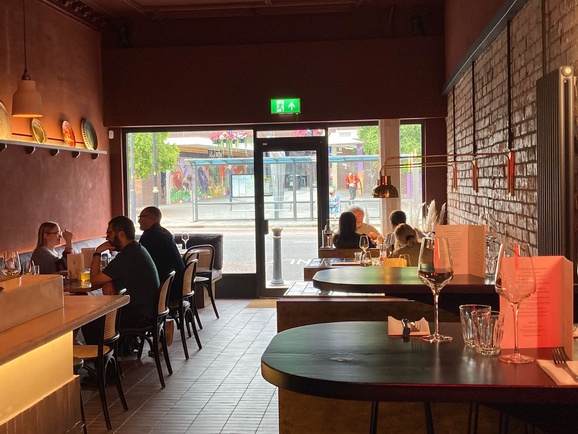 Dough is made using extra virgin rapeseed oil from Yorkshire and a blend of flours using British heritage grains from Gilchesters Organic Farm in Northumberland and Shipton Mill in Gloucestershire.

Clay has been refining the Dokes concept for the last fifteen months trading within the Society Food Hall on Barbirolli Square, before launching the standalone Dokes Pizzeria in the increasingly foodie neighbourhood of Prestwich at the tail end of July. The new, all-day venue offers a cracking weekend brunch menu of flatbreads, shakshuka and even a Croque Michel – a toastie stuffed with Brighton jamon, cheese, Wiltshire truffle oil, onion jam, creme fraiche and a fried egg. No avocado though, obviously – smashed or otherwise. 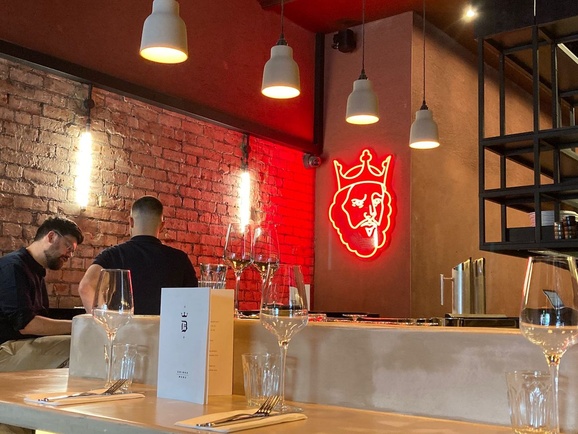 You could argue (trust me, I have) that pizza is a perfectly respectable breakfast option, and Dokes has backed this up with their ‘Breaking the fast’ pizza topped with leek and fennel sausage, jamon, mushroom, tomato, duck egg (£12.)

The lunch menu offers sandwiches, seasonal salads, a few special pasta dishes (with pasta supplied by the Yorkshire pasta company) as well as pizza. The evening menu differs slightly, with the sandwiches being replaced by a more comprehensive selection of snacks and small plates. All menus also have a little Dokes section for kids.

Can’t decide what to order? We don’t blame you. They also offer a Dokes Experience Menu where they choose seven sharing dishes (including one pizza which you get to choose) for £25pp with an optional additional ‘sommelier’s choice of wine, with three glasses at £20pp.) 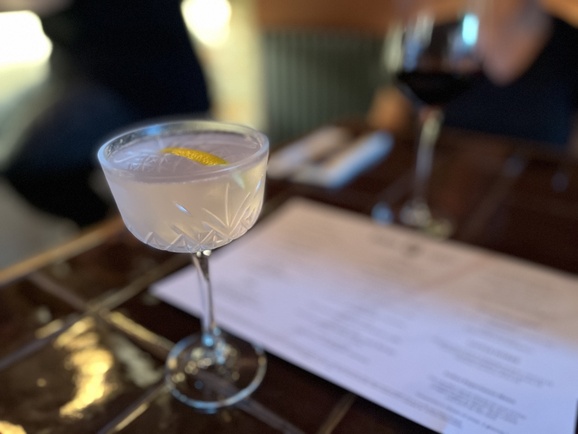 We began with a pre-dinner cocktail. General manager Andi recommended an English Rose Martini with Black Cow vodka, rose syrup, white wine (£10) it also has white chocolate listed in the ingredients but that was a background flavour enhancement rather than a gloopy addition. Refreshing, floral and delicate.

Small plates are worth exploring from simple plates of charcuterie, smoked pistachios or pickled anchovies to heartier dishes like croquette of the week (£6,) or Calamari and prawns, coated with Shindigger tempura batter and served with lemon mayonnaise (£10). 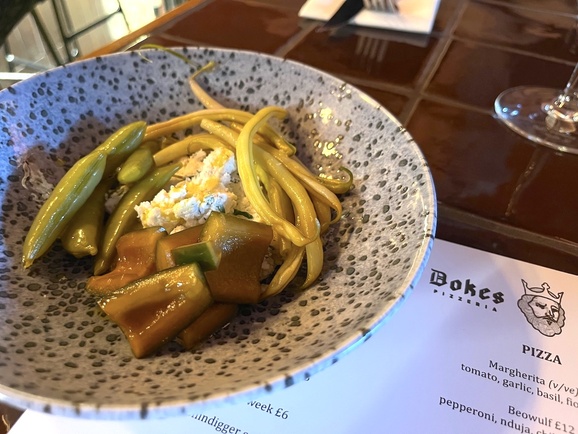 We kept it light in anticipation of the oncoming pizza with a dish of home pickles and ferments with lemon thyme ricotta (£6) which you can leave out if you prefer the dish to be vegan. There were crunchy pickled sugarsnap peas, yellow French beans and crunchy soy pickled cucumbers I was so knocked out by that I Googled the recipe and made a batch at home the next day. 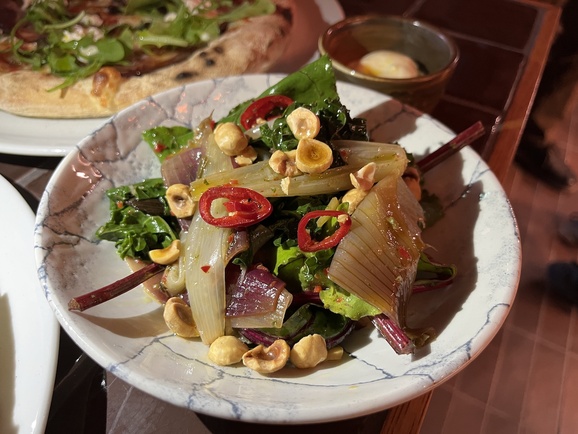 I was also impressed with a caramelised Tropea onion, kale, garlic, chilli, mint and toasted hazelnut salad (£8). A fresh and simple idea full of ingredients it would never have occurred to me to put together – long live chefs and restaurants! 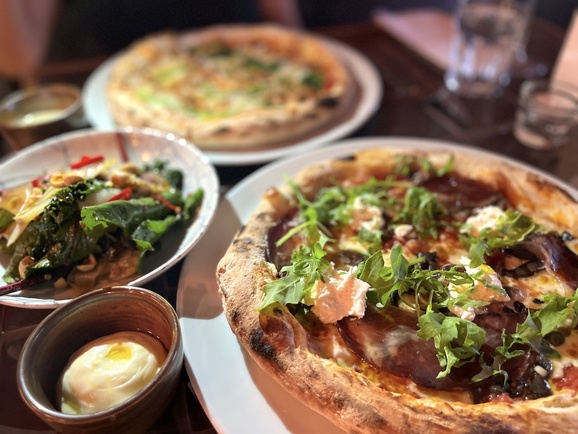 But pizzas are the star of the show here. Reasonably priced between £8-£12, they’re generously sized and there’s a range of interesting dips (£1.50 each, 3 for £3.50) if you want to make the most out of those billowing crusts. The menu is likely to evolve with the seasons – and to keep things interesting for locals, but I chose ‘Oki Dokes’ (£10) as it sounded like it might be their signature offering. 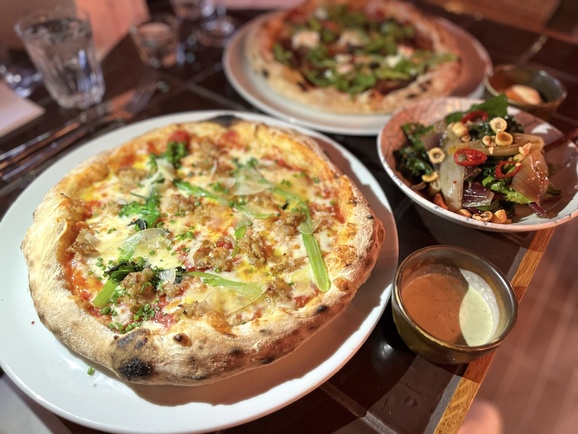 It's a winning mixture of prosciutto, mushroom, capers, burrata, and rocket with the added luxury of Herb Wharfe Valley truffle mayo on the side. ‘Grandads’ (£11) was topped with fennel and leek sausage, purple broccoli, Pecorino cheese – a perfect example of Italian inspiration and indigenous ingredients. The Chepyn Blue Ranch we chose for that one was my favourite of the two dips. 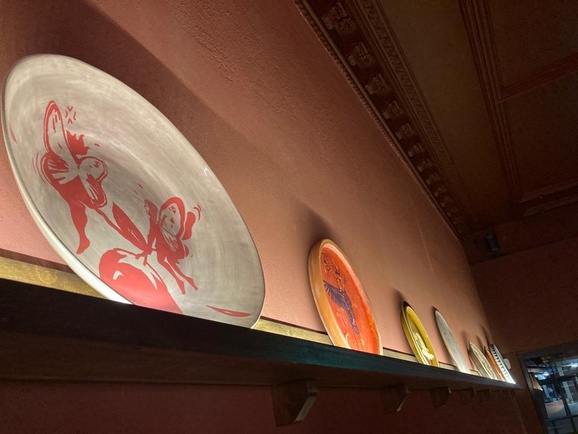 With a nod towards the Italian love of sugar, there’s a well-crafted list of desserts and after dinner cocktails including affogato, chocolate brownie, a lemon posset and caramelised peaches with mascarpone but we didn’t indulge this time.

Pizza must be one of the most wine friendly dishes around and there’s a well-chosen wine list of fizz, red, white and orange, priced from accessible to pushing the boat out. There are also bottled and canned beers and ciders from locals Shindigger and Pomona as well as soft drinks available. 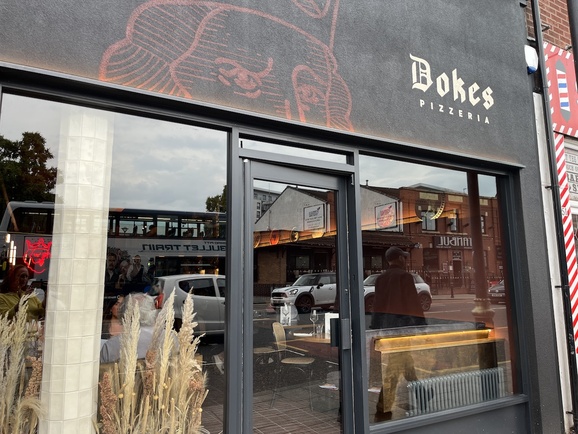 Dokes is a great addition to the Prestwich neighbourhood dining scene. It’s friendly and accommodating to guests but uncompromising in its approach to utlising the best local ingredients. Diners can relax in the knowledge that while they eat and drink, they’re also supporting a whole network of incredibly talented local British producers, farmers and growers.

Also read - WHAT TO ORDER - MARAY