It takes a while for your eyes to adapt to the penumbral, velvety murk of the Mort Subite - the oldest independent specialist beer bar in Altrincham.

Surely a Belgian-influenced beer bar should have homages to Tintin and obscure chansons crackling throatily through the sound system? Here you stray into surreal territory – mannequins, mounted songbirds, a wavily carpeted ceiling.

Owner Wynn Reece may sound Welsh but he is obviously the lovechild of Famous Belgians. That country's beers dominate the list at this underground beer cafe, although other European countries, notably the Netherlands, jostle for attention. The local likes of Thornbridge, RedWillow and Marble also feature on the list of over 250 beers.

Mort Subite means 'sudden death' and is named after a Belgian beer brand and a Brussels bar. Food here is more to accompany the ‘main event’, and is shipped over from nearby Italian restaurant Laconda. 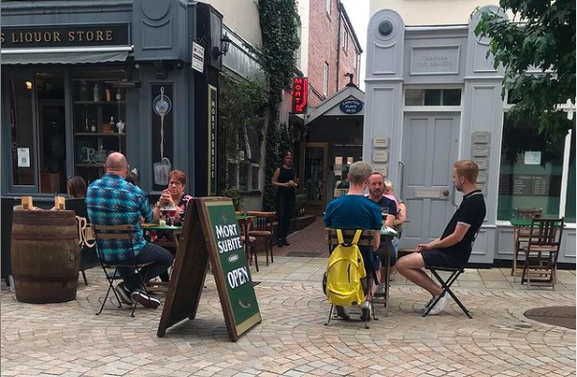